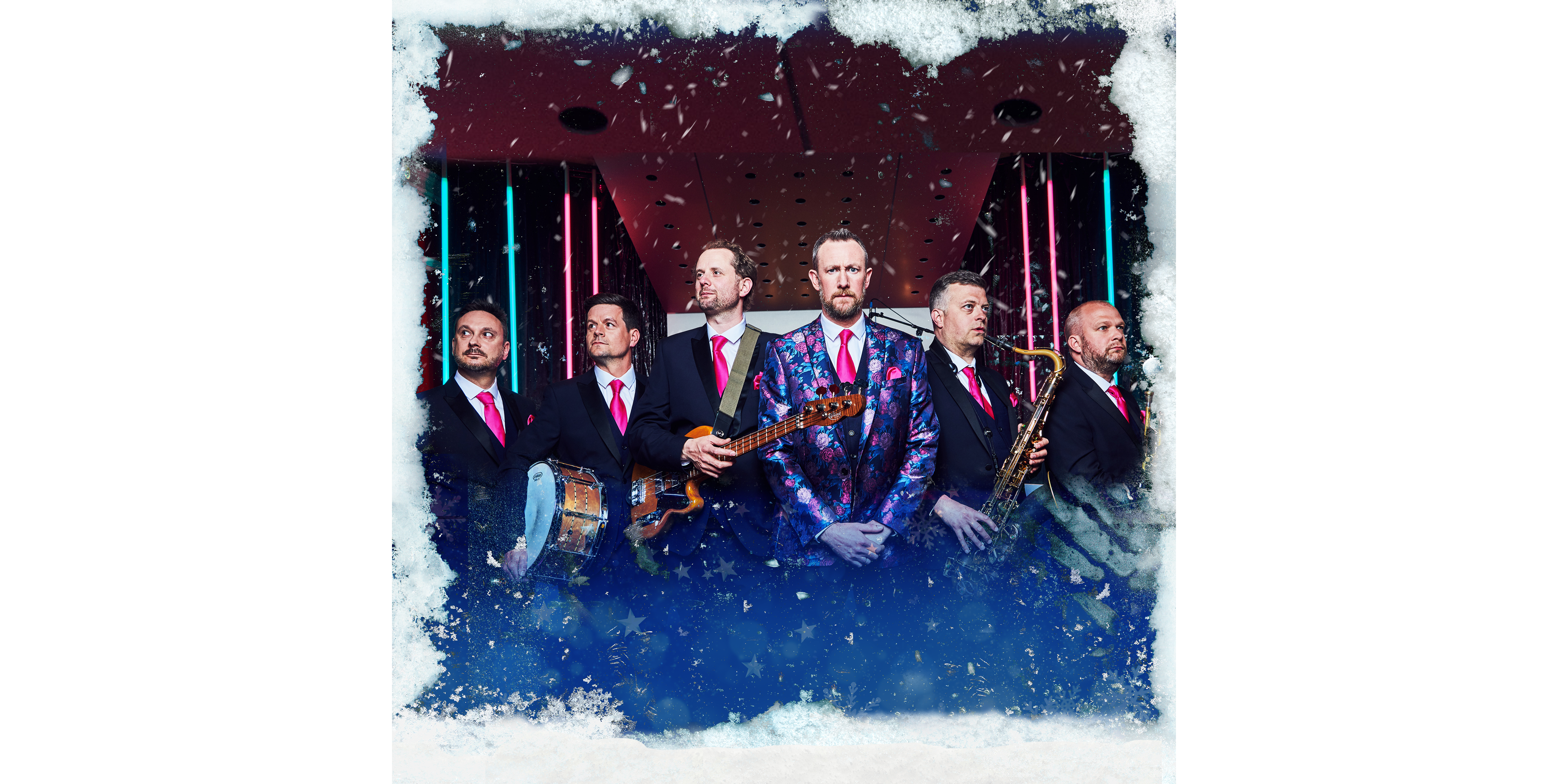 “funny and delightful… this is a welcome escapist treat”
Boyd Hilton, Heat ★★★★

“We can’t recommend The Horne Section highly enough”
Time Out ★★★★★

Five outstanding musicians, one non-musical stand up. The Horne Section have announced a one-off special show on Tuesday 20th December at London’s Shepherds Bush Empire with ‘The Horne Section’s Big End of Year Bash‘. Tickets go on sale on Monday 28th November and can be found at thehornesection.com.

The five-headed musical comedy band are set to perform the very best of their unruly, ridiculous, and surprisingly satisfying songs, with plentiful enthusiastic dancing, party games, and a lot of mucking about.

Having starred in their debut sitcom The Horne Section TV Show on Channel 4 which was described as “riotously fun… [and] an utter delight” (The Guardian ★★★★), their previous TV credits include being the in-house band on BBC One’s Peter Crouch’s Year Late Euros and Peter Crouch’s Save Our Summer, which Horne also co-hosted, and Channel 4’s The Last Leg including Last Leg Christmas Special and Last Leg: The Last Leg of the Year. They have featured in Dictionary Corner on 8 Out of 10 Cats Does Countdown (Channel 4), The Royal Variety Performance 2018 (ITV), as well as the 2 hour special The Horne Section Television Programme on UKTV’s Dave filmed at the London Palladium, while the band have hosted three series of Alex Horne Presents The Horne Section on BBC Radio 4.

WHAT THE PRESS HAVE SAID ABOUT THE HORNE SECTION

“this riotously fun sitcom is an utter delight… The Horne Section TV Show is a lot of fun. It’s a riotous, good-natured sitcom that sits somewhere between Flight of the Conchords and The Goodies”
Stuart Heritage, The Guardian ★★★★

“It all makes for barmy, yet wonderfully original TV”
Emma Pryer, The Daily Mirror

“It’s a thoroughly endearing affair- Horne’s long-running band share an obvious personal and comic chemistry. Crucially, like the Flight of the Concords before them, their musical chops are comfortably up to the task of composing briskly amusing ditties in whatever genre takes their fancy”
Phil Harrison, The Guardian

“clever, chaotic sitcom… Alex and his band, who he’s played with for more than a decade, show off their musical talent and songwriting skills to great effect, ”
Stuart Pink, The Sun

“So clever, so daft”
Bruce Dessau, Beyond The Joke

“Irreverent and sometimes surreal, the humour is self-aware and silly, with the lovable blend of comedy and catchy music that The Horne Section is known for”
Laura Vickers-Green, Den of Geek