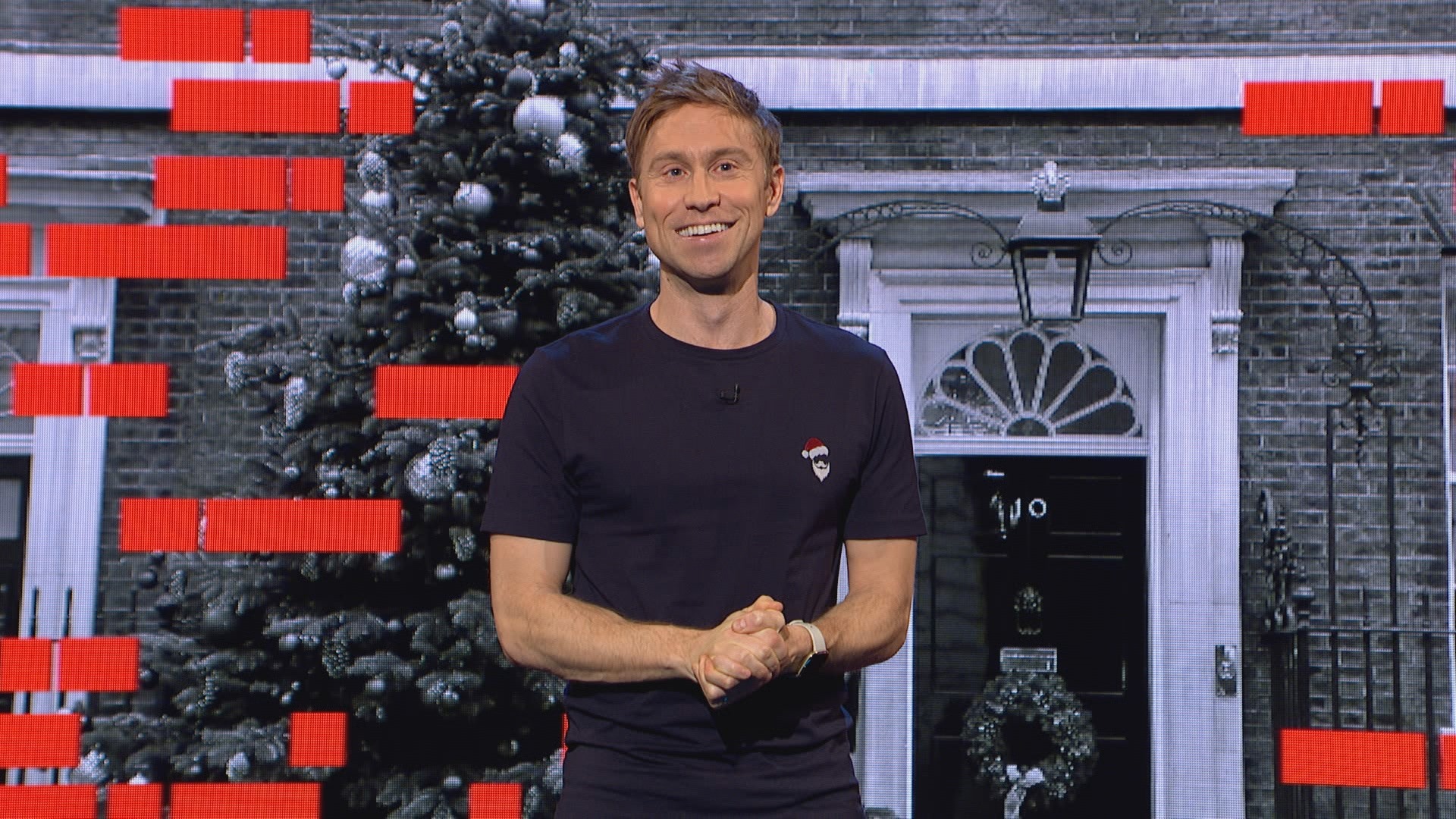 23rd November – The Russell Howard Hour Christmas special is set to see Russell Howard take a look back at the biggest moments this year, plus some top stand-up, special guests and a festive edition of Playground Politics on Thursday 15th December on Sky Max and streaming service NOW at 10pm.

Now in its sixth series including Russell’s 100th episode on Sky, The Russell Howard Hour immediately became one of Sky’s most successful entertainment series when it launched and has also gone on to see huge success online with over 500 million views on social media including multiple segments recently going viral such as: Russell and Greta Thunberg chatting to kids about the climate crisis (8.5 million views), Russell getting fledging junior correspondents views on the rail strikes (6.7 million views), Russell calling for PM Liz Truss to quit (4.3 million views) and a sketch on the fuel crisis (6.4 million views).

Each episode is available to watch worldwide on Russell’s YouTube channel, with over 1.4 million subscribers and over 400 million views, as well as being broadcast on Foxtel in Australia and TVNZ in New Zealand close to UK transmission

Russell returns to the live stage in Spring 2023 with his first new tour, Russell Howard Live, since 2019. In response to the opening on-sale weekend selling out 50 shows, 120, 000+ tickets, Russell immediately added 22 dates, amassing over 50, 000 new tickets and following incredible demand, has subsequently recently added 16 dates which now sees him play 98 shows at venues nationwide including six sold out performances at The London Palladium and seven homecoming Bristol shows.

Russell has over 9 million followers on social media. His TikTok channel attracted over 100k followers within 48 hours of launching and is currently tracking over 1.2 million with over 150 million views.