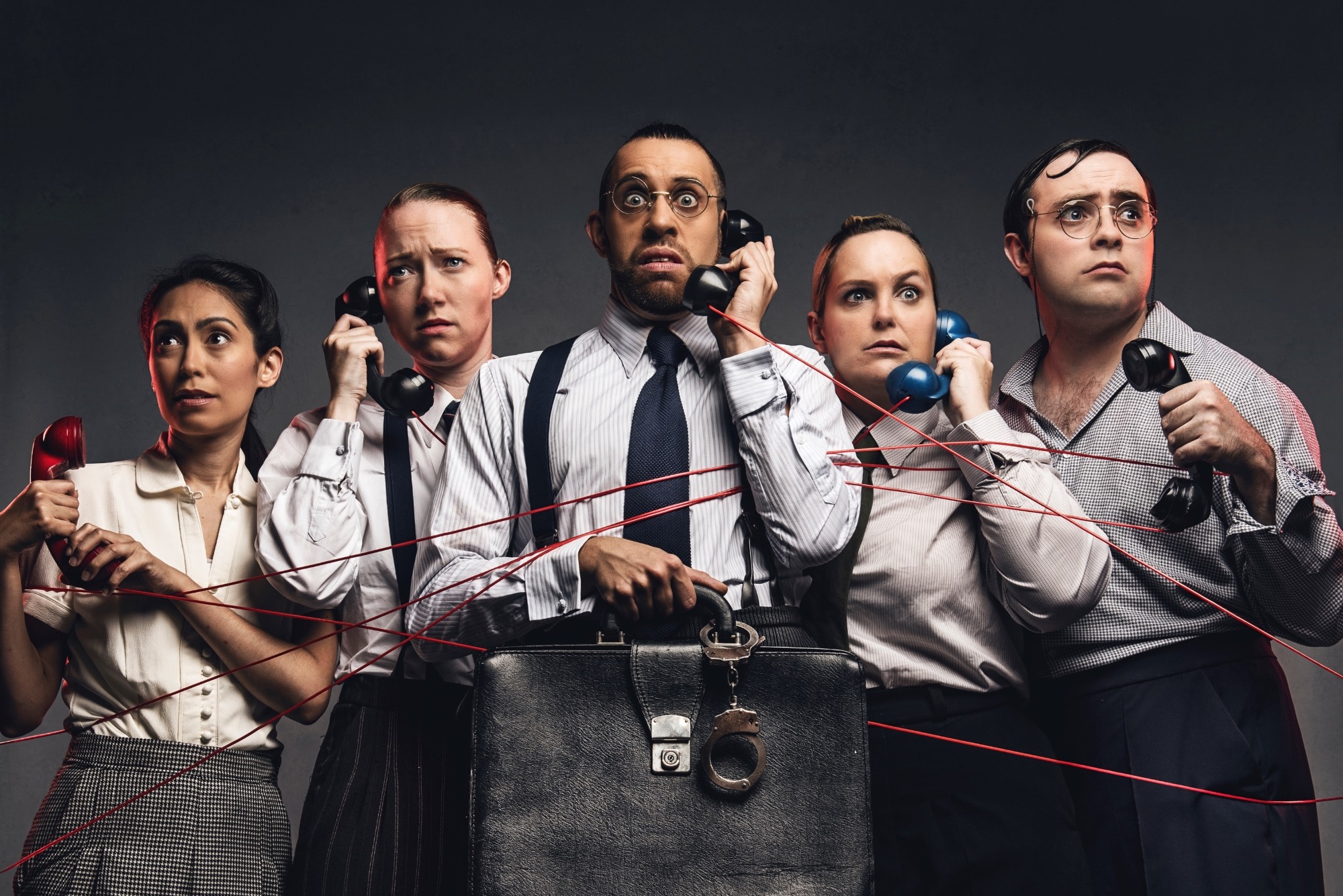 “a dazzling series of gender-switching roles…a Beyoncé-esque assertion of female power…excellent performers… There are some big, blowsy shows around in the West End, but this little belter is staging its own audacious invasion plan” ★★★★★
Suzi Feay, Financial Times

“the stage show’s comic power rests in its ability to subvert expectation and provide a revisionist commentary on the establishment figures”
Emma John, The Observer

“a buzz louder than a doodlebug surrounds Operation Mincemeat…a kind of genius declares itself”
Dominic Cavendish, The Daily Telegraph

“this is the musical you didn’t know you needed…a little show with a very big future.”
David Benedict, Variety

18th November 2022 – After sold-out development runs at the New Diorama Theatre in 2019 and Southwark Playhouse in 2020, 2021 & 2022, plus an extended Riverside Studios run this summer, Operation Mincemeat transfers to the West End’s Fortune Theatre for previews (SpitLip never rest on their laurels) starting on the 29th March, followed by an 8-week run beginning on the 9th May 2023. Operation Mincemeat will be following thirty-three hugely successful years of The Woman In Black at the Fortune Theatre.

Tickets are on General Sale now from the Official Box Office at OperationMincemeat.com. Priority access to the best seats is available via the official mailing list.

Press nights on Tuesday 9th and 10th May. Places are limited. Please get in touch if you would like to attend.

Operation Mincemeat won The Stage Debut award for Best Composer/Lyricist, the Off-West End award for Best Company Ensemble and was listed in the Observer’s Top 10 shows of the year.  The show is currently featured in the V&A’s Re:Imagining Musicals display, exploring how musicals have continuously reimagined, reinvented and reinterpreted themselves over time.

SpitLip said: “We’re overjoyed, overwhelmed, overtired, and cannot believe we’re bringing our show to the West End, where it will definitely run for at least 33 years”

Jon Thoday for Avalon said: “We’re very pleased to have supported the show to date and delighted to be chosen by SpitLip to help bring such a funny, moving and brilliant show to a wider audience”.

The show was commissioned by New Diorama Theatre, co-commissioned by The Lowry, and supported by the Rhinebeck Writers Retreat with additional support from Avalon.

Operation Mincemeat is presented in the West End by Avalon in association with SpitLip.

“Few theatrical success stories have been more heartening than the rise and rise of this quirky musical… a snappy production… high comedy mixed with some genuinely touching moments”
Hugh Montgomery, Metro

“Right now, it’s Operation Mincemeat that has people talking. With a huge number of 5* reviews the fast-paced, hilarious production centres around the most bizarre true story you’ve ever heard.”
Daniella Scott, Cosmopolitan

“Showcases the utterly bonkers plot in the most fantastical way… cannot recommend it enough – perfectly cast… beyond doubt one of the most brilliant, funny, captivating shows with proper laugh-out-loud moments… you won’t be disappointed”
Zara Janjua, The Sun

“moving at breathless speed, the five performers take on a dazzling series of gender-switching roles… a Beyoncé-esque assertion of female power…excellent performers… There are some big, blowsy shows around in the West End, but this little belter is staging its own audacious invasion plan” ★★★★★
Suzi Feay, The Financial Times

Written and composed by SpitLip.

SpitLip were included in The Stage’s 25: Theatremakers to watch out for in 2022 and beyond list.