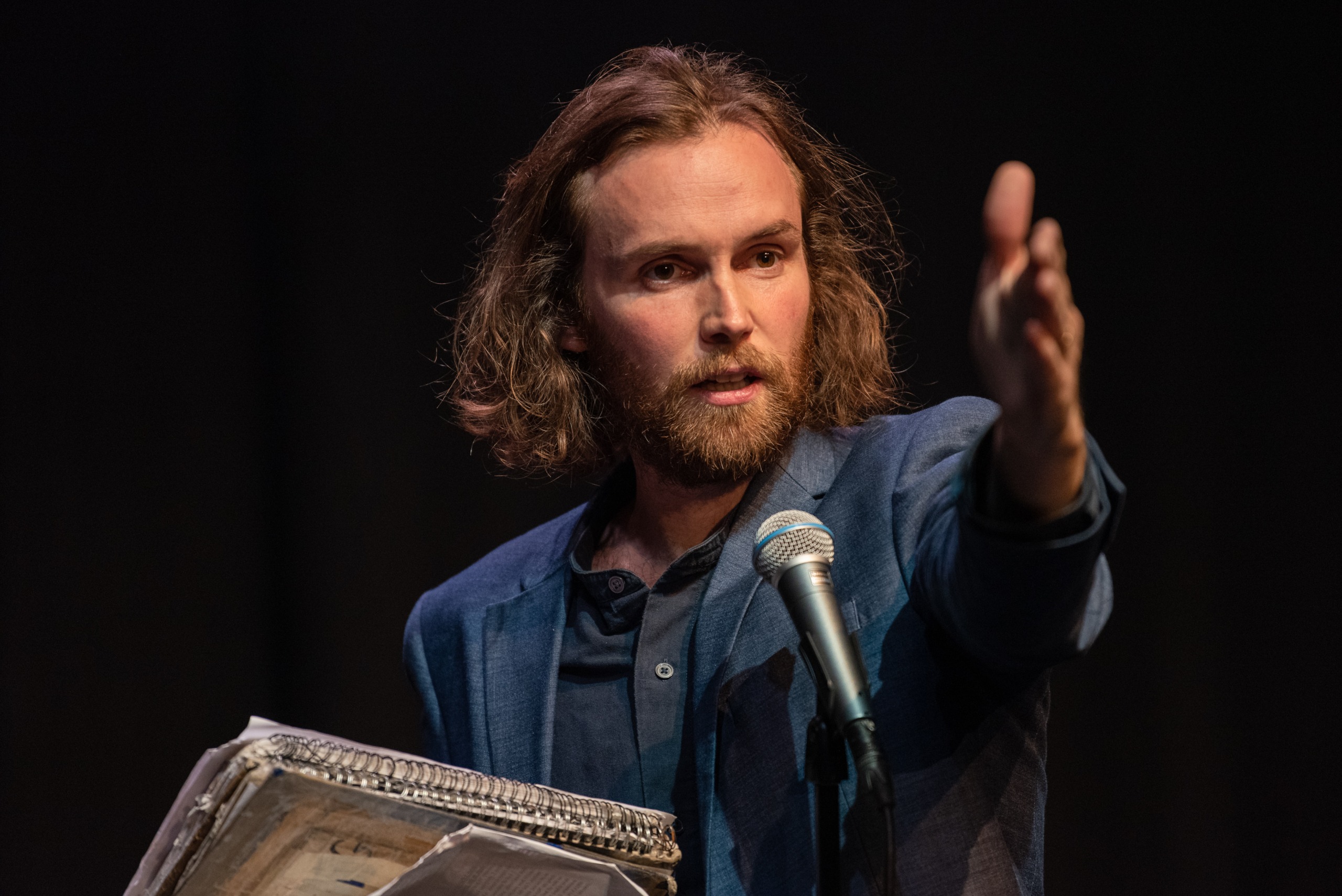 It was announced today that award-winning comedian and podcaster Rob Auton, (The End of the F***ing World, Stand-Up Central With Rob Delaney, The Russell Howard Hour), adds a week-long run of his ninth critically-acclaimed show, The Crowd Show, at London’s Soho Theatre, Downstairs from Monday 13th to Saturday 18th March at 7.15pm.

Tickets are on sale now. The full list of dates and tickets are available at www.robauton.co.uk

Rob is currently on his largest tour to date, with over 40 tour dates from Autumn through to Spring next year, with The Crowd Show, a show about crowds, the power of people and togetherness that leaves you “moved and exhilarated” (The Skinny). It is suitable for anybody who wants to be in the crowd for this show. Dubbed “the Fringe’s comedian laureate” (British Comedy Guide), with a cult Fringe following for his shows exploring the colour yellow, the sky, faces, water, sleep, hair, talking and time, Rob had a clip of him performing on Stand-Up Central With Rob Delaney (Comedy Central) go viral with over 10 million views on Facebook alone, adding to broadcast credits including Miracle Workers (TBS), The End of the F***ing World (Netflix/Channel 4), The Russell Howard Hour (Sky One), Cold Feet (ITV), Random Acts (Channel 4), Stewart Lee: Unreliable Narrator (BBC Radio 4), Front Row (BBC Radio 4), The Sara Cox Show (BBC Radio 2), The Jonathan Ross Show (BBC Radio 2) and Afternoon Edition (BBC Radio 5 Live).

Amassing 2 million listens, Rob’s one-year special daily and critically-acclaimed podcast, which “makes you see the world differently” (Miranda Sawyer, The Observer), The Rob Auton Daily Podcast, was announced as the British Podcast Awards 2020 Gold Winner for Best Daily Podcast (against competition from The Guardian’s Today In Focus, BBC Radio 4’s Beyond Today and ITV’s Love Island: The Morning After.) In 2013, Rob won the Dave Funniest Joke of The Fringe award.

Last year HarperCollins’ Mudlark released Rob’s latest book, I Strongly Believe in Incredible Things, comprising of poetic prose, short stories and biro drawings detailing and celebrating a selection of some of our world’s everyday wonders, which he both wrote and illustrated. Previously, Rob had published three collections of writing and drawing, Take Hair, Petrol Honey and In Heaven The Onions Make You Laugh, with Burning Eye Books and released a spoken word album At Home With Rob on Scroobius Pip’s record label Speech Development Records.