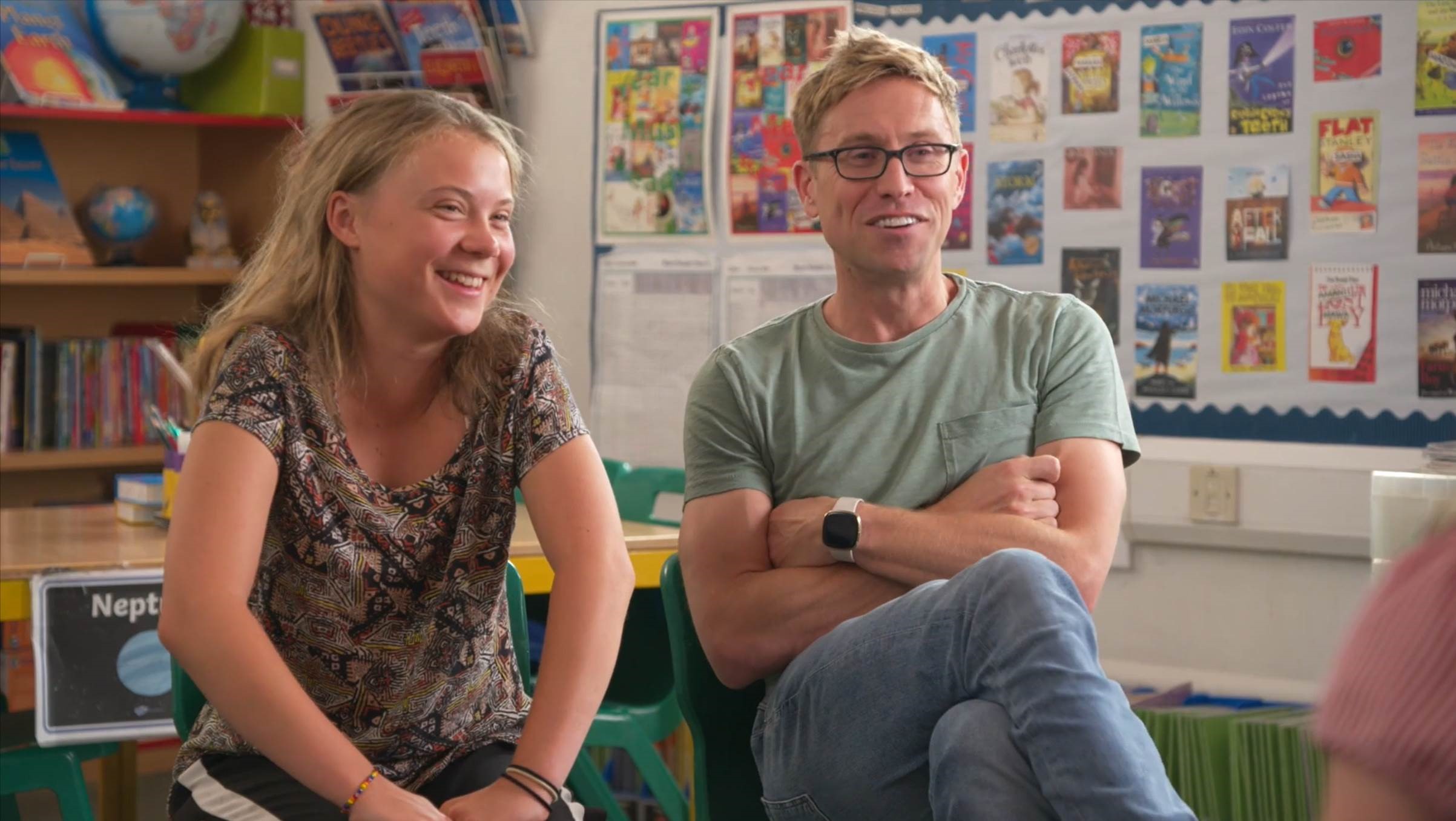 It was announced today, 18th October, that the world’s most famous environmental activist known for challenging global leaders on climate inaction, Greta Thunberg is set to join Russell Howard on Thursday 3rd November on Sky Max and streaming service NOW at 10.30pm.

The upcoming episode will feature the three-time Nobel Peace Prize nominee whose 2018 school strike sparked a global movement, chatting to Russell in studio about the release of The Climate Book. Plus, for the first time ever in a special edition of Playground Politics, Russell and Greta team up with the brilliant (and hilarious) minds of the next generation to tackle the big questions around global warming.

Now in its sixth series including Russell’s 100th episode on air, The Russell Howard Hour immediately became one of Sky’s most successful entertainment series when it launched and has also gone on to see huge success online with over 500 million views on social media including multiple segments recently going viral such as: Russell asking kids for their take on the rail strikes (6.7 million views), Russell calling for PM Liz Truss to quit (4.3 million views) and a sketch on the fuel crisis (6.4 million views).

Each episode is available to watch worldwide on Russell’s YouTube channel, with over 1.4 million subscribers and over 400 million views, as well as being broadcast on Foxtel in Australia and TVNZ in New Zealand close to UK transmission

The news arrives shortly after Russell announced he will be returning to the live stage in Spring 2023 with his first new tour, Russell Howard Live, since 2019. In response to the opening on-sale weekend selling out 50 shows, 120, 000+ tickets, Russell added 22 dates, amassing over 50, 000 new tickets, which will now see him play 80 shows at venues nationwide including six performances at The London Palladium, seven for a Bristol Hippodrome homecoming run and five at Sheffield’s City Hall.

Russell has over 9 million followers on social media. His TikTok channel attracted over 100k followers within 48 hours of launching and is currently tracking over 1.2 million with over 150 million views.

The sixth series of The Russell Howard Hour, produced by Avalon, was commissioned by Zai Bennett, Managing Director of Content for Sky UK and Ireland and Phil Edgar-Jones, Director, Sky Arts and Head of Entertainment. The Commissioning Editors for Sky are Shirley Jones and Dwayne Eaton. The Executive Producers for Avalon is James Taylor and the Series Producer Jason Dawson.