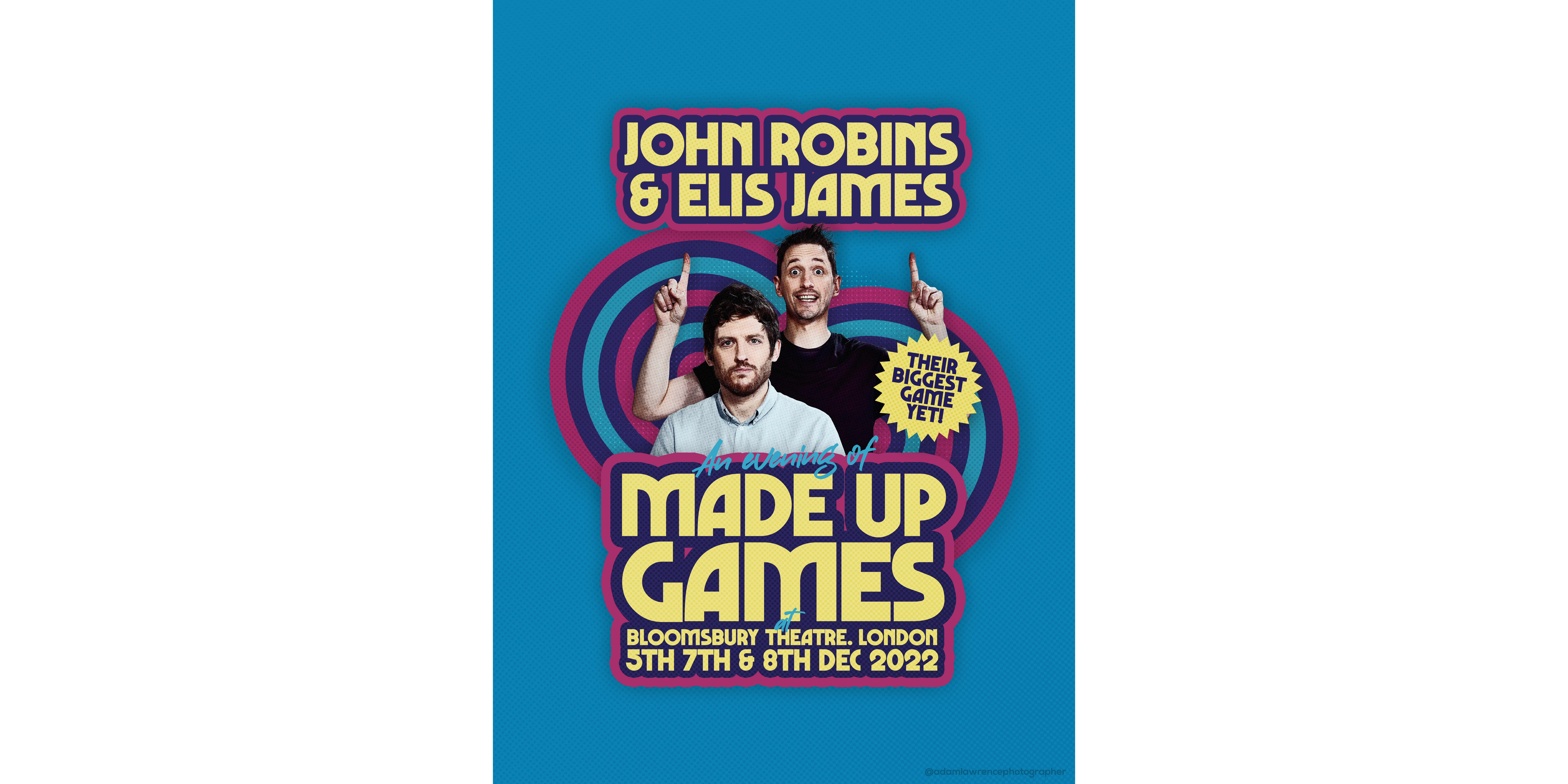 It was announced today (Thursday 6th October 2022) that much-loved comedy double-act and acclaimed broadcasters/podcasters Elis James (Fantasy Football League) and John Robins (Live at the Apollo and Edinburgh Comedy Award winner) are, for the first time ever, bringing their listeners’ favourite Made Up Games to the stage, with live performances taking place at London’s Bloomsbury Theatre on 5th, 7th and 8th December 2022.

For eight years, Elis and John have been battling it out on the radio playing the sensational games their listeners made up for them and now they’re doing it live on stage at London’s Bloomsbury Theatre. That’s right, it’s Made Up Games LIVE! There will be special guests, low budget prizes and, if John has his way, a beer fridge on stage.

Elis James said: “I love playing Made Up Games, I even love losing them live on national radio.  But nothing excites me more than the prospect of losing a Made Up Game in front of an audience at one of London’s best theatres.”

John Robins said, “For years I have been demolishing Elis in a variety of made up games, but only Producer Dave has been able to witness it LIVE. So please come along to see the spectacle for yourself! Unless that is the games are about football league grounds, northern accents, postcodes or The Beatles. In which case I’m toast.”

The comedy duo have been playing Made Up Games on the radio since the days of their hugely successful Xfm show, and the format has grown with them and is still a firm favourite with audiences.

Tickets go on pre-sale on Thursday and on general sale at 10am on Friday from The Bloomsbury Theatre https://www.ucl.ac.uk/culture/whats-on/made-games-podcast