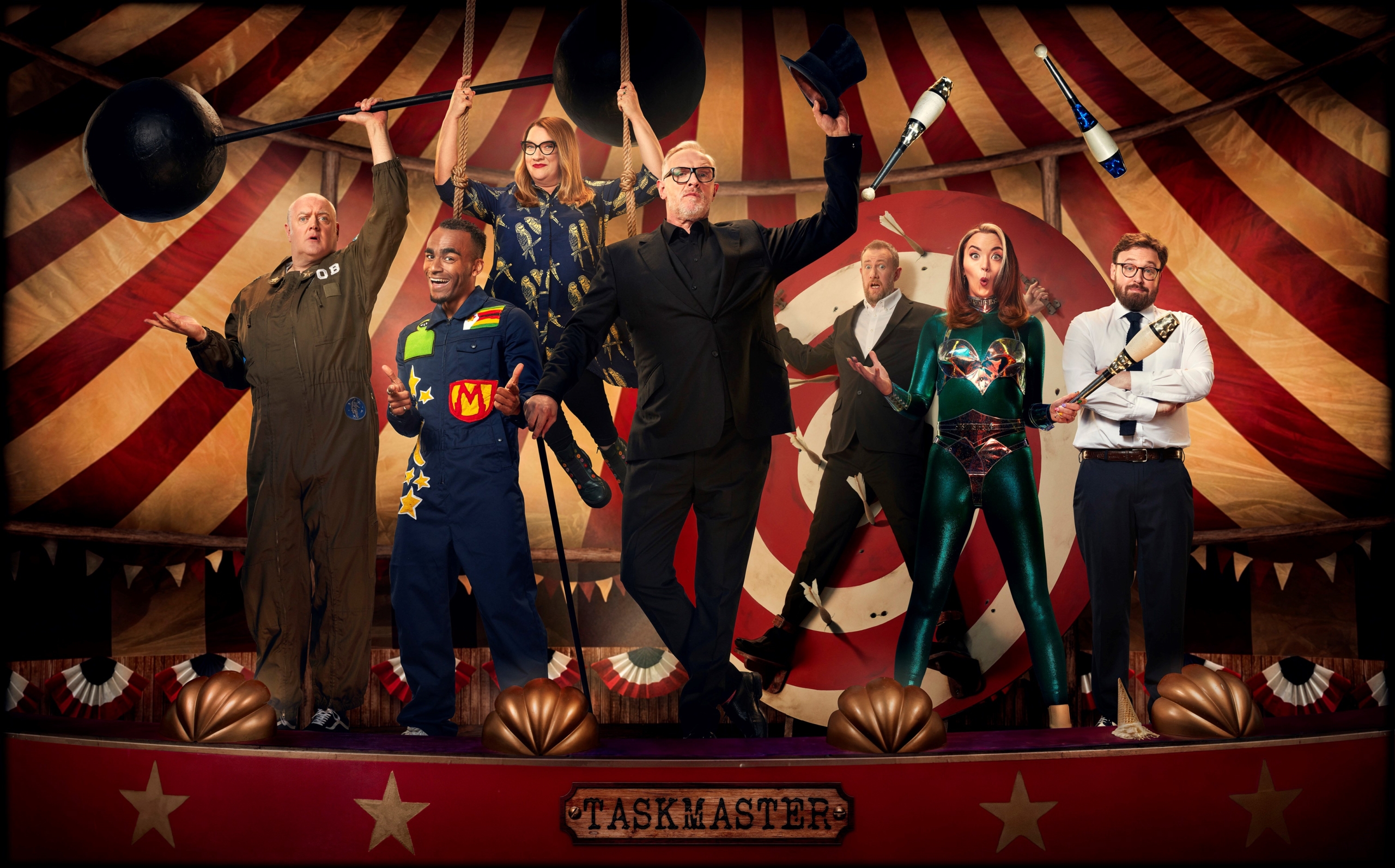 The infallible Greg Davies is back, his mighty hands brandishing a mighty new series of Taskmaster above his mighty head, with his doting assistant Little Alex Horne nestled by his feet and subsiding on a diet of sausages and statistics. With loins girded they are poised to wreak havoc with the lives of five comics who must have known what they were signing up for yet went ahead and did it anyway. Dara Ó Briain, Fern Brady, John Kearns, Munya Chawawa and Sarah Millican are the noble knights hoping to win this elaborate joust to become the 14th Taskmaster Champion.

Across the series, Greg will be presented with visual evidence of the competence, or otherwise, of this cross-section of comics trying to complete a range of tasks that may or may not be useful in everyday life. Can they find pleasure in construction equipment? Can they play billiards with yoga balls? And, most crucially, can they laminate? Following careful reflection, the Taskmaster will generously award points and kind words to the best and less points and less kind words to the less best.

WHAT THE PRESS HAS SAID ABOUT TASKMASTER SERIES 13

“The 13th series of this low-stakes contest has been a corker, channelling all the seriousness of a boozy stag do… all in the name of much-needed daft and delightful escapism”
Daniel Brooks, The Daily Telegraph