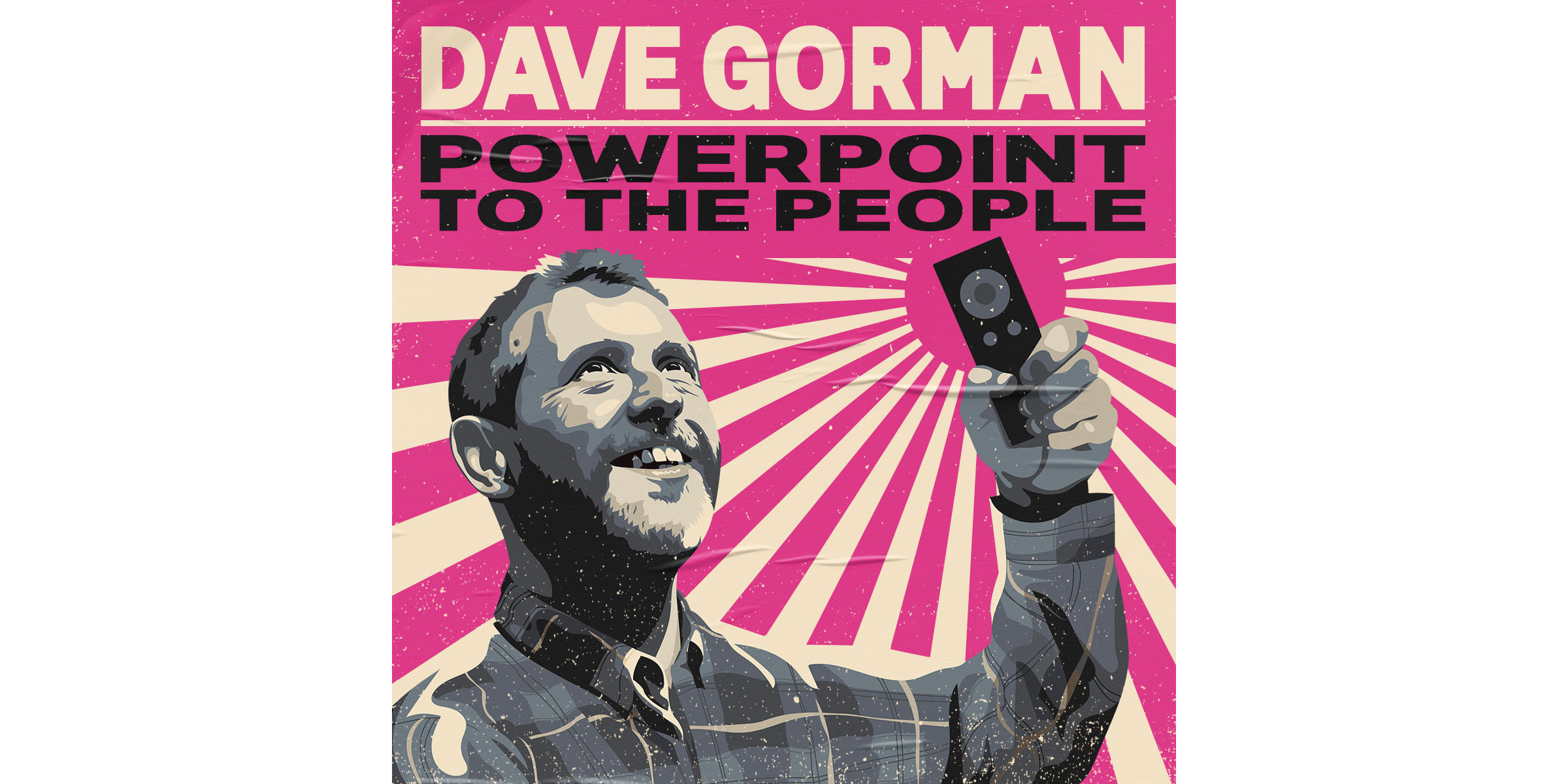 It was announced today (Thursday 25th August 2022) that, in advance of starting this September, Dave Gorman’s upcoming tour will be extended by a further 37 dates due to demand for tickets.

Dave Gorman: Powerpoint To The People will see the man behind Dave TV’s hit show Modern Life Is Goodish as well as Are You Dave Gorman? and Googlewhack Adventure back on the road this autumn with a brand-new live show.

The “high priest of the comedy Powerpoint talk” (The Times) is touring again – as much as anything to demonstrate that a powerpoint presentation doesn’t have to involve a man in a grey suit standing behind a lectern and saying, “next slide please”. We’ve all had enough of that, so let’s put it all behind us and never speak of it again – there are far more important things to analyse. Well… they’re more important in Dave’s head anyway.

This new show sees Dave continue to combine his unique and critically acclaimed style of stand-up and visual story-telling. His last tour was the critically acclaimed With Great Powerpoint Comes Great Responsibilitypoint which, three-times extended, saw Dave sell out four shows at London’s iconic Royal Festival Hall and the biggest theatres around the UK.

Dave’s live career has seen him sell out multiple tours of the UK, perform three runs off Broadway in New York, tour the USA, and become responsible for the fastest selling show in the history of the Studio Theatre at The Sydney Opera House. Live performances have also earned him the title of Best One Person Show at the HBO US Comedy Arts Festival (twice), as well as nominations for the Edinburgh Comedy Award (Perrier Award), the South Bank Award and two nominations for the prestigious American Drama Desk Award.

Tickets are available from, tomorrow (Friday 26th August).  For the full list of dates see: www.davegorman.com.

“he has never been more enjoyable… backed by hundreds of precision-tooled graphics that he controls and interacts with as if he were in a double act with his laptop. The rapport between them is extraordinary… hugely entertaining 90 minutes of multifaceted, multimedia stand-up” ★★★★
Dominic Maxwell, The Times

“Gorman creates real magic from the unlikeliest of sources” ★★★★
Mark Wareham, The Mail on Sunday

“exquisitely constructed show from a comic who is at the top of his game” ★★★★
Bruce Dessau, The Evening Standard

★★★★
Jay Richardson, The i Newspaper