MATT FORDE RETURNS TO EDINBURGH FESTIVAL FRINGE WITH NEW STAND-UP SHOW ‘CLOWNS TO THE LEFT OF ME, JOKERS TO THE RIGHT’ 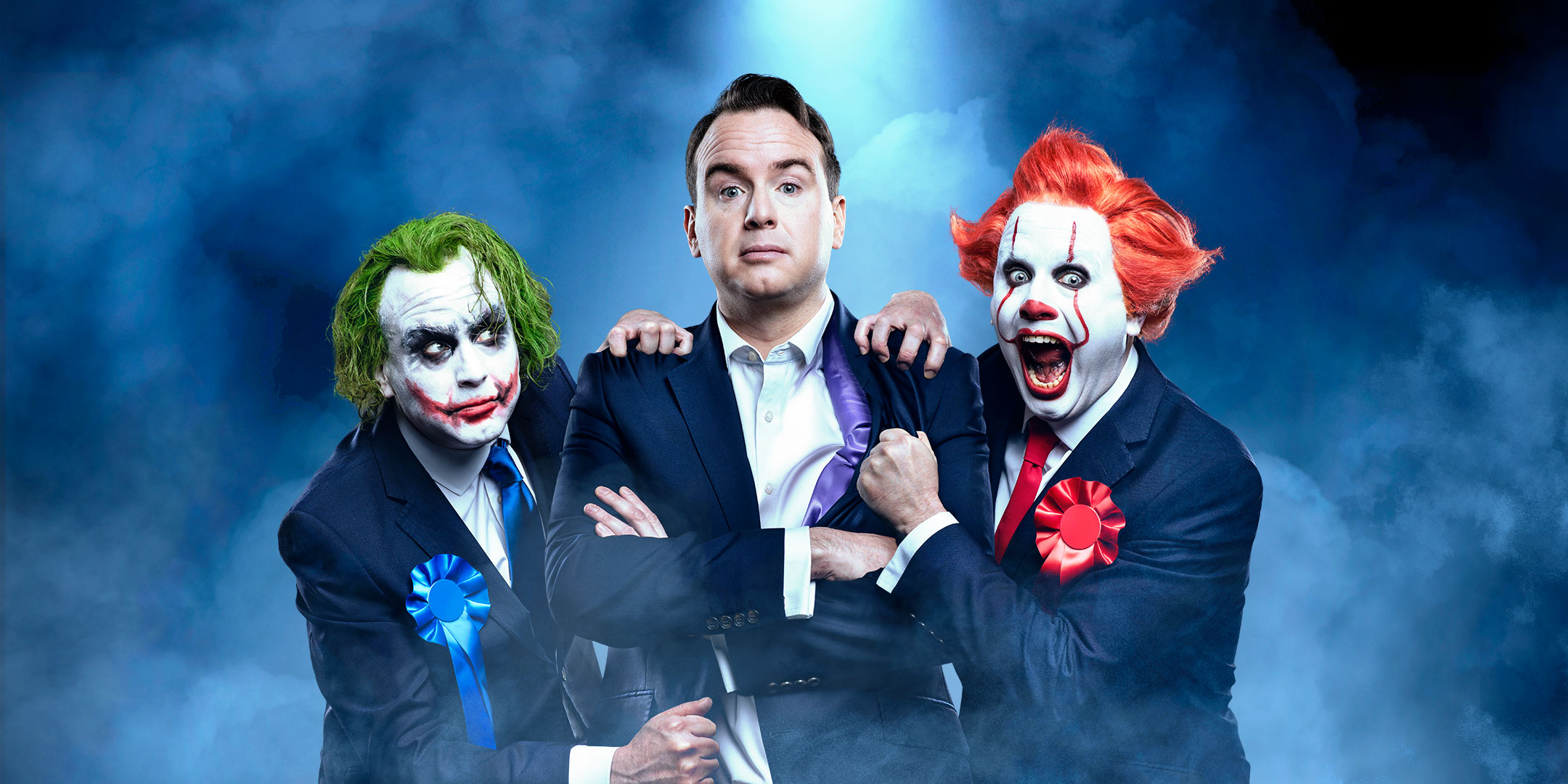 Following his biggest tour to date the UK’s leading political comedian Matt Forde (Spitting Image, British Scandal, The Last Leg, Have I Got News For You) has extended with a month long run at the Edinburgh Festival Fringe from 3rd – 28th August at 8pm at Pleasance, Beyond.  There are wallies everywhere and half of them are running the country. The other half are trying to. In Clowns To The Left of Me, Jokers To The Right, Matt satirises the right, left and centre. And chucks in some funny voices and football chat too.

Alongside performing stand-up, Matt is interviewing Scottish political heavyweights over three live podcasts at the festival. Matt is set to speak to one of the most significant ever figures in British politics, former UK Prime Minister Gordon Brown on the 7th August, Leader of the Scottish Labour Party, Anas Sarwar on the 15th August and Scottish National Party MP for Edinburgh South West Joanna Cherry on the 22nd August.

After 70 sold out Political Party shows at Westminster’s The Other Palace, Matt moved to the West End’s Duchess Theatre for a fortnightly residency in September 2021. Upcoming guests include the Speaker of the House of Commons Lindsay Hoyle on 11 July and former Home Secretary Alan Johnson on 25 July.  Since 2013, Forde has interviewed political figures including Keir Starmer, Nicola Sturgeon, Tony Blair, Jacob Rees-Mogg, Angela Rayner, Michael Heseltine, Anthony Scaramucci, Alastair Campbell and Gary Neville.

What the Press Have Said About Matt Forde’s Previous Shows