ACCLAIMED US STAND-UP AND PODCAST A-LISTER, MARC MARON RETURNS TO LONDON WITH… THIS MAY BE THE LAST TIME 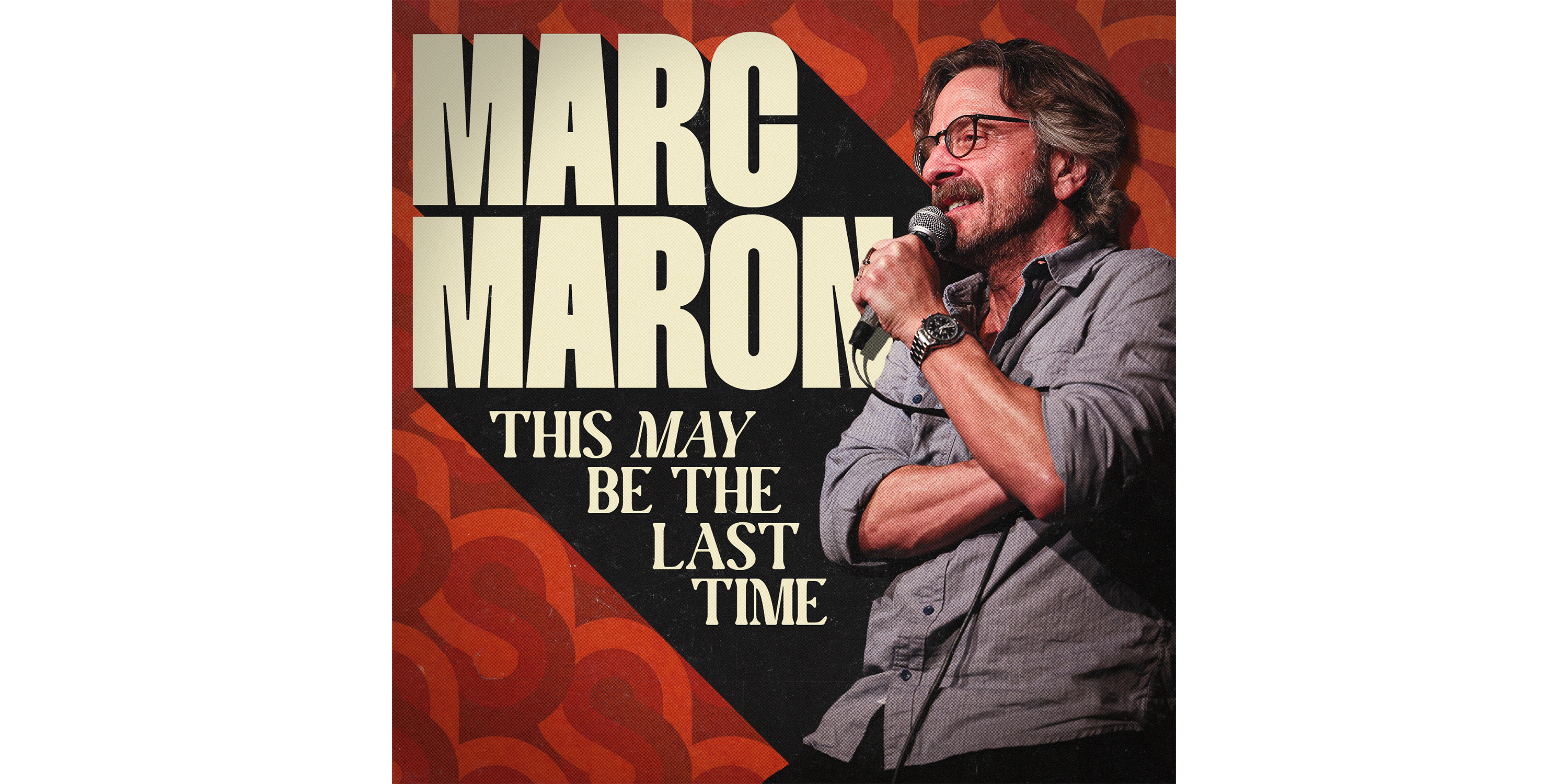 What the UK press said previously about Marc Maron’s stand-up:

“It doesn’t get much better than this… a masterclass” ★★★★★
Clive Davies, The Times

“doesn’t so much own his neuroses as put bells on them and testily shake them for our delight… scintillating 90 minutes of stand-up” ★★★★
Dominic Maxwell, The Times

It was announced today (Friday 1st July 2022) that, following 2019’s sell-out UK dates, the US stand-up comedian will return to the UK and Ireland in autumn 2022 and perform a new stand-up show for two nights at London’s Bloomsbury Theatre (22nd – 23rd October), and one night at Vicar’s Street in Dublin (26th October).

With his landmark podcast WTF with Marc Maron, which averages 55 million listens per year, Maron has interviewed icons such as Robin Williams, Keith Richards, Kate Winslet and former US president Barack Obama. He also starred in the Netflix original series Glow and has had roles in films including: Joker, Spencer Confidential, Sword of Trust, Stardust, the 2021 Aretha Franklin biopic, Respect, alongside Jennifer Hudson, and the DreamWorks animated feature, The Bad Guys, alongside Sam Rockwell.

For further information contact: Dan Lloyd at Avalon on DLloyd@avalonuk.com