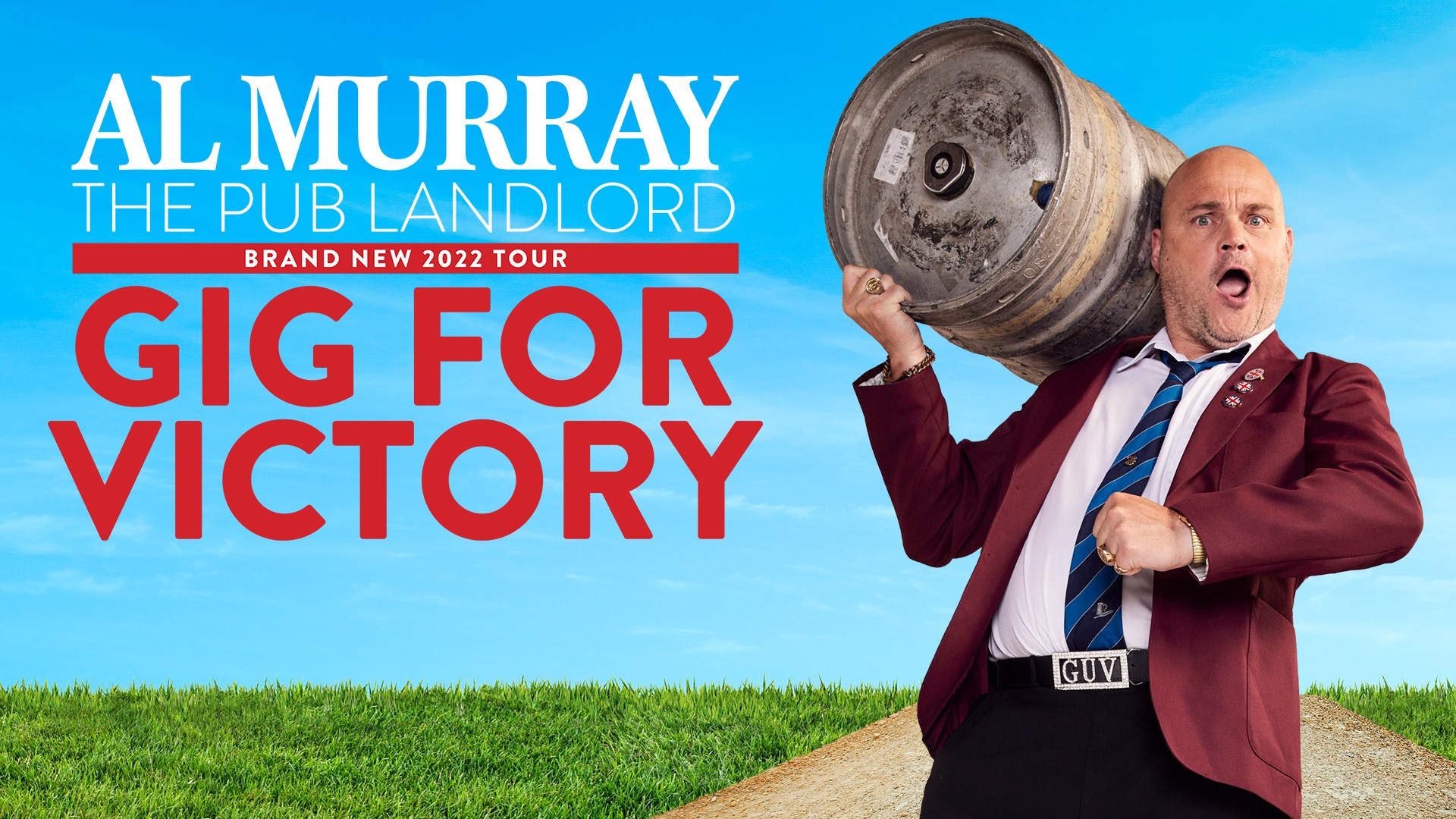 And when that moment comes, who better to show the way, to provide those answers, than the people’s man of the people, the Pub Landlord? Steeped in the deep and ancient barroom wisdom of countless lock-ins, the Pub Landlord is there to show the way.  Wherever you are, he will – within sensible travel limits and theatre booking policy – come, offering people thirsty for common sense a full pint of the good stuff.

For over 20 years Al Murray, The Pub Landlord has filled the most prestigious venues around the UK, including London’s 02 Arena and the iconic Royal Albert Hall.  He has won numerous awards, hosted many critically acclaimed television shows, and in 2015 famously stood for election in the hotly contested seat of South Thanet.

Tickets on sale now.  All dates at: www.thepublandlord.com

What the press said recently about Al Murray, The Pub Landlord: