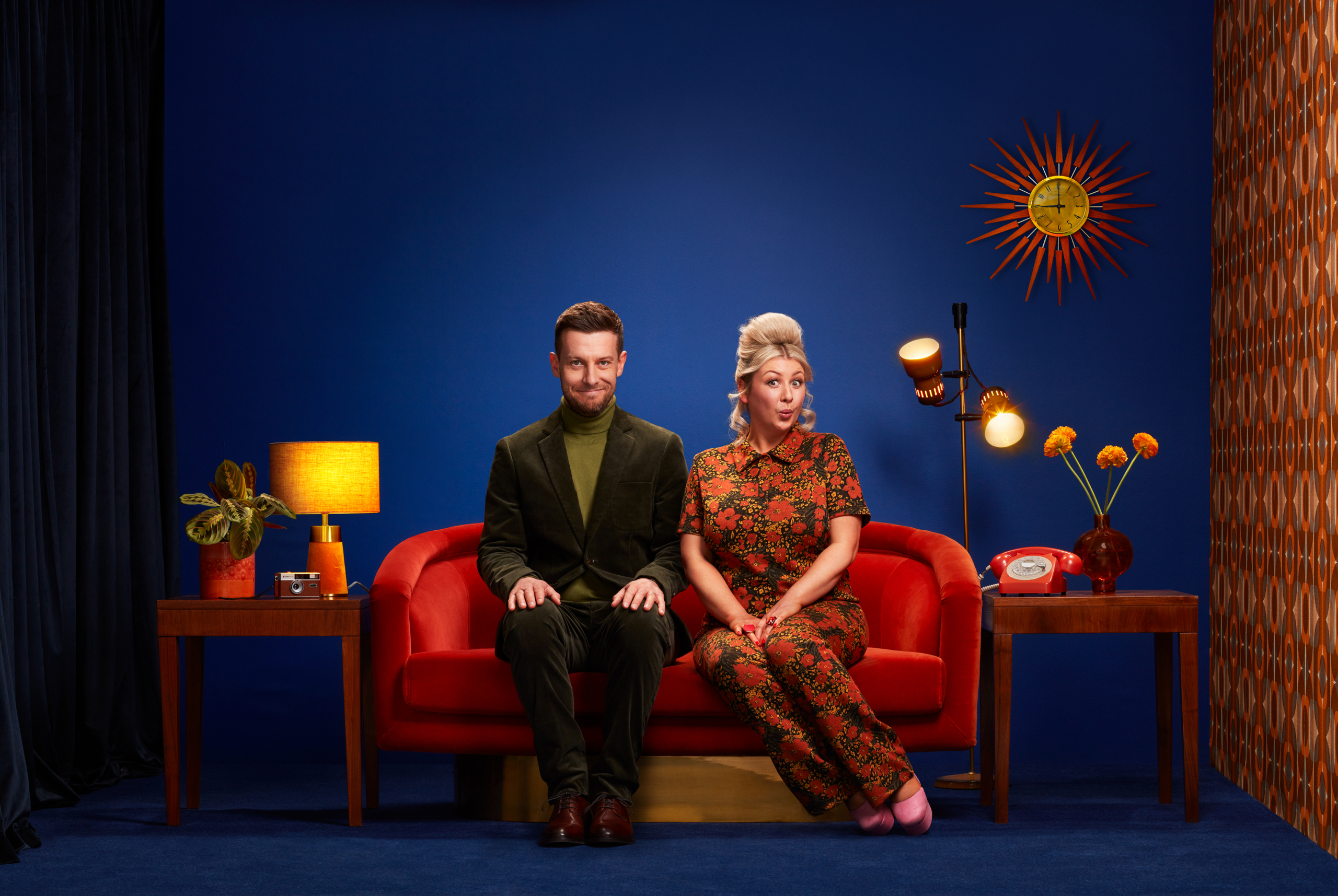 COMEDY ENTERTAINMENT SERIES WILL RETURN TO THE BBC IN 2023

It was announced today (Monday 20th June 2022), that after a successful first series, and in advance of the final episode premiering on BBC Two and iPlayer tonight, The Chris & Rosie Ramsey Show will return to the BBC with a new 6×45-minute series in 2023.

Tonight’s final episode in the series features Fleur East with husband Marcel Badiane-Robin, while Lorraine Kelly braces herself for the reading duties on Please Keep Me Anonymous.  The show also features the studio audience who have a chance to share their own beefs and compete to rid themselves of something their loved one just won’t remove from the house in, It Goes Or I Go, which memorably saw a surprise guest appearance from Ronan Keating to help smash up a contestant’s precious Boyzone memorabilia.

Katie Taylor, Commissioning Editor for BBC Entertainment said: “Chris and Rosie Ramsey helped share the raw and funny side of both celebrity and members of the public’s relationships, where we saw something of ourselves in each and every one. We are so glad that their raucous joy will be returning to BBC Two next year.”

Chris & Rosie Ramsey are also known for their hit podcast Sh**ged.Married.Annoyed. One of the most successful podcasts in the UK, the show has seen over 100 million downloads to date, it spawned a Sunday Times #1 best-selling book and, in the run up to Christmas, broke the Guinness world record for the biggest live podcast show – in London alone they sold out The O2 Arena, Wembley Arena and The Palladium, as well as other arenas around the UK including (of course) Newcastle Arena.  The show has won multiple awards including a National Comedy Award for Best Podcast, a Global Award for Best Podcast and a British Podcast Awards Listeners’ Choice Award.

The Chris & Rosie Ramsey Show is produced by Avalon (Starstruck, Taskmaster, Breeders) for BBC Two, the series was commissioned by Kate Phillips, in her former role as BBC Director of Entertainment. The Executive Producers for Avalon are Richard Allen-Turner, Jon Thoday and Robyn O’Brien. The Commissioning Editor for the BBC is Katie Taylor.

What the press said …

“Domestic, honest, intimate, silly, full of vaguely disgusting stories about everyday events you might not recount to your great-aunt, but you would definitely tell a friend… It is, as Frank Carson used to say, the way they tell ’em. They are funny people and, though this is not true of all funny people, they are funnier together than apart.”
Miranda Sawyer, The Observer

“Who’d have guessed that two decades after they split up, pop combo Boyzone would provide one of the most heartwarming TV moments you’ll see all month…Laing brought the house down by demonstrating his cocktail mixology skills and confessing that he pictured Dame Judi Dench during sex… winning enthusiasm and sheer charm. The Ramseys proved warm, natural interviewers and their unfiltered reactions felt genuine.”
Michael Hogan, The Telegraph

“Another celebrity couple join the Ramseys for a relationship MOT as the raucous chatshow wraps up its first series. Will it be recommissioned? After seeing the hosts convince an audience member to demonstrate how he picks his nose with his partner’s toe the other week, it surely must.”
Graeme Virtue, The Guardian

“There’s one section I love in it and it’s called ‘It Goes Or I Go’ and my list would be massive, absolutely massive… Rosie, first time hosting a tv show, I mean you are absolutely brilliant on it, killing it”
Alex Jones, The One Show

“it was inevitable that they’d get a show on television. Their USP is comedy bickering; she’s the star and he’s smart enough to know it”
Helen Stewart, The Sunday Times

“The husband and wife’s likeable series” ★★★★
Mark Wareham, The Mail on Sunday

“It’s a brave couple who brings their real-life relationship to the big or small screen, but this entertaining late-night offering, starring husband and wife Chris and Rosie Ramsey, is a genuine breath of fresh air”
The Yorkshire Post

“Chris and Rosie Ramsey definitely get points for bravery for bringing us this series. However, if you’ve been watching, you’ll know that isn’t the only reason to praise them – they’re also extremely entertaining”
The Herald (Scotland)

Chris Ramsey
An acclaimed stand-up comedian, Chris is in the last phase of a 97-show, Covid-rescheduled, sell-out stand-up tour, his biggest to date.  On TV Chris can be seen on the current series of Taskmaster, and while he is well known as a semi-finalist of 2019’s Strictly Come Dancing, he is also known for hosting Children In Need, Little Mix: The Search, The One Show, The Chris Ramsey Show and Chris Ramsey’s Stand Up Central.  In 2019, Chris’ second live stand-up special Approval Needed was released by a major streaming service.

Rosie Ramsey
Rosie has become something of a social media sensation due to her brutally honest and relatable depiction of her everyday life and has appeared on many TV shows including, Strictly: It Takes Two, The Sara Cox Show, Alan Carr’s Epic Game Show, Married to a Celebrity: A Survival Guide and Parenting for Idiots.  As a presenter Rosie has co-hosted the drive-time show on Capital Radio in the North East.