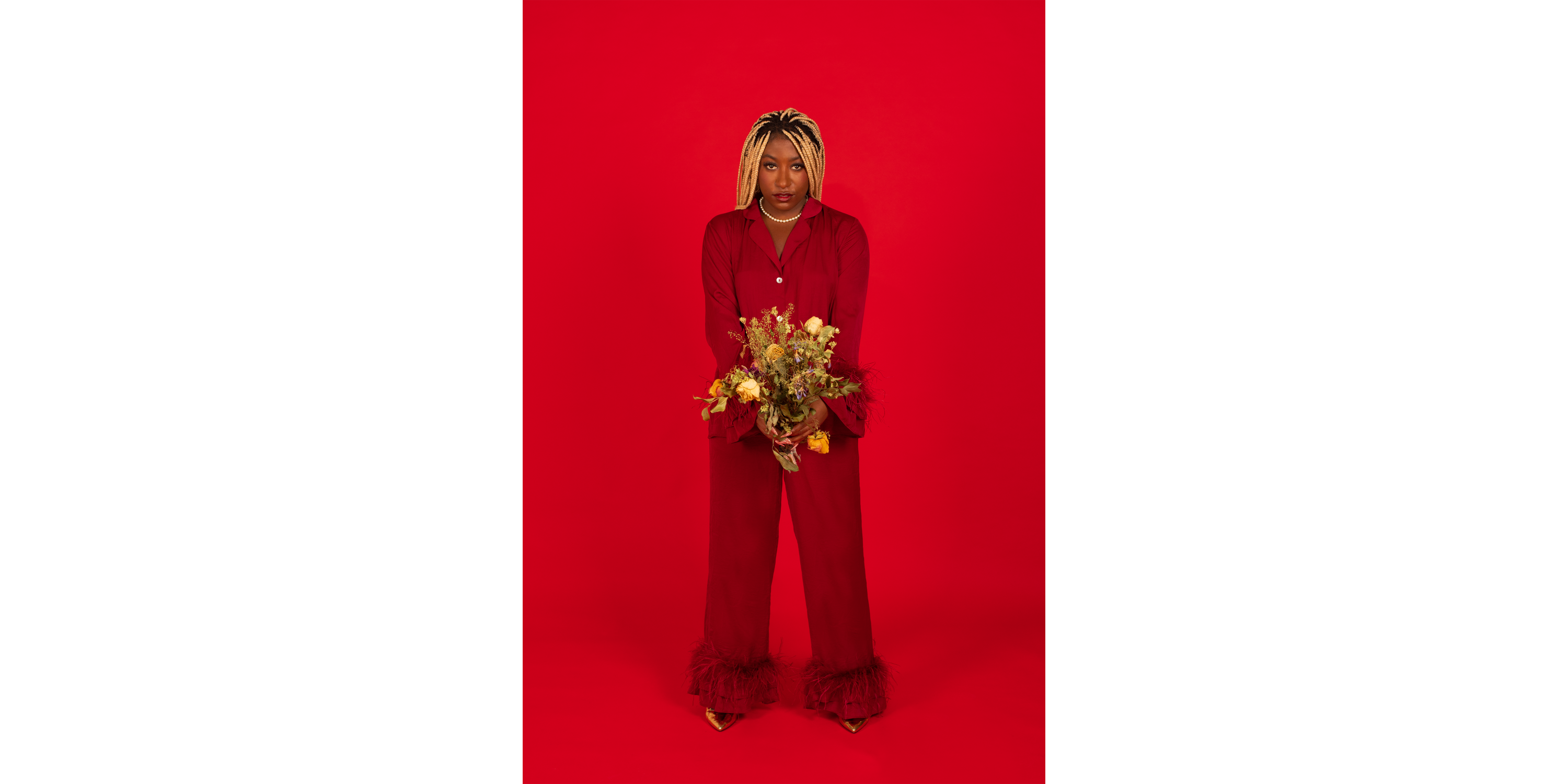 She rips through sex and race with relish
★★★★ The Sunday Times

Best Newcomer Nominee and Taskmaster star Sophie Duker will embark on her debut nationwide tour this Autumn, kicking off at London’s Soho Theatre on Monday 7th November and culminating in a performance at the Leicester Square Theatre on Saturday 29th April. Following its premiere at the Edinburgh Fringe this summer, Sophie will perform her latest show ‘Hag’ across the UK . Tickets go on sale on Friday 17th June and can be found at sophieduker.com.

Sit tight for this sophomore show – cause the sexy baby from Taskmaster is all grown up. Her hotly anticipated second hour ‘Hag’ heralds her metamorphosis into the confident, cantankerous, magical bitch her twentysomething self would never have dared believe she could be. An older, wiser and even more deliciously odd stand-up shares a chaotic true story from the recent past: what happened when Sophie chose to get on a cruise ship with seven hundred older lesbians, leaving her long-suffering boyfriend on shore. Traditionally hurled at strong women as a slur, here ‘hag’ is sexy, self-assured, redefined. Back in 2019 Sophie was a Babybel – round, sweet, pure. Now she’s vintage cheddar – extra mature and hiding in your fridge. Deal with it.

Since Sophie’s first stand-up gig in 2015, her rise as a performer, writer and personality has been meteoric. She has been featured on shows including Taskmaster (Channel 4), 8 Out of 10 Cats Does Countdown (Channel 4), The Last Leg (Channel 4), Live At The Apollo (BBC1/BBC2), Mock the Week (BBC2), Jonathan Ross’ Comedy Club (ITV), Don’t Hate the Playaz (ITV2) and is a returning regular on Frankie Boyle’s New World Order (BBC2). She founded and hosts the notorious, anarchic, POC-platforming comedy night, Wacky Racists Comedy Club and is the host of two official companion podcasts for the hit BBC shows  – Everything I Know About Love (BBC) and  I May Destroy You (BBC); both of which can be found on BBC Sounds.

Sophie’s Edinburgh Festival Fringe debut ‘Venus’, where the smart, silly, savage young comic skewered white saviours and illustrated upside-down twerking, was featured as a top show to see in The Scotsman, The Guardian, The Evening Standard, Stylist, Time Out, Joe.co.uk, Fest Mag, Funny Women, To Do List, I Talk Telly, and GQ featured one of her jokes in their Best Jokes at the Fringe. The show went on to enjoy a sold out two week run at the Soho Theatre.

As well as receiving a nomination for Best Newcomer at the 2019 Edinburgh Festival Fringe, Sophie was longlisted for the Comedy Breakthrough Award at Channel 4’s The National Comedy Awards 2021, and most recently won the 2021 Funny Women Best Comedy Writer Award, as voted by top producers, writers and industry executives.

WHAT THE PRESS HAVE SAID ABOUT SOPHIE DUKER:

An excellent debut from a skilful and exciting young comedian
★★★★ Yasmin Hackett, Skinny

Venus is a wickedly funny and woke debut hour
★★★★ The Herald, Gayle Anderson

this show has everything you could ask for
★★★★ Mariana Feijó, Funny Women

Venus will be a hilarious, exhilarating hour of intelligence and – dare I say it – woke humour for the 21st century!
★★★★★ To Do List