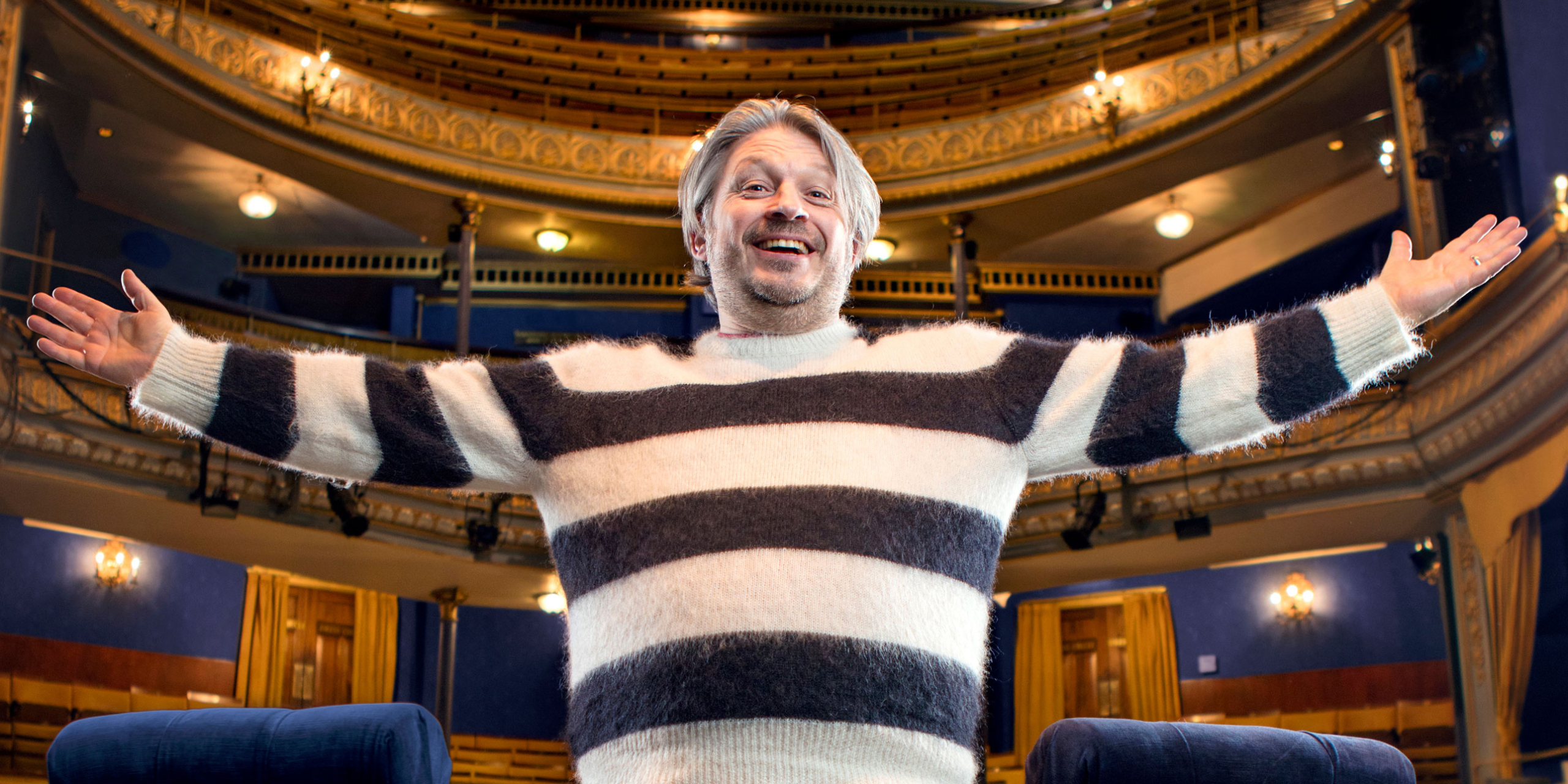 “a podcasting veteran… the chat is always worth it… fab”
Miranda Sawyer, The Observer

“not-so-quietly becoming the best celebrity interviewer in the land… very funny… what sets RHLSTP apart from the likes of Graham Norton or Jonathan Ross is the luxury of interviewing just one guest for an hour or more.”
Edward Tew, The Guardian

Get to shout out RHLSTP like a proper cool kid as the multi-award-winning and perennially popular live podcast interview series in which comedian Richard Herring (“The Podfather”, The Guardian) chats with some of the biggest names in comedy and entertainment returns to the Fringe, coming to Assembly, Ballroom from 3rd – 14th August at 1.00pm.

Join the “King of the Internet” (Time Out) and “The UK’s online comedy pioneer” (The Times) as he chats with hilarious star guests, with a different show every day, top guests, improvised chat, revelations and big laughs. Hosted by one-balled Taskmaster Champion and “King of Edinburgh” (The List), RHLSTP is the only podcast to ask the questions you never knew you wanted to know the answer to: Ham hand or suncream armpit? What would you do with a time travelling finger? If you could go into a chrysalis and transform into anything, what would you become? This is Richard’s 43rd show and his 26th Fringe and confirmed guests for the show include Janeane Garofalo, Ed Gamble and Tim Key. RHLSTP gets 900,000 downloads per month, has won four Chortle Internet Comedy Awards and is the only non-BBC show to win a Sony Best Comedy Award.

As one half of the comedy duo Lee & Herring, Richard wrote and performed in shows such as Lionel Nimrod’s Inexplicable World (BBC Radio 4), Fist of Fun (BBC Radio 1/BBC Two) and This Morning with Richard Not Judy (BBC Two). With Al Murray, Richard devised and wrote 37 episodes of the sitcom Time Gentlemen Please (Sky One/Paramount) for Al’s alter ego The Pub Landlord. Richard also wrote and starred in the comedy drama You Can Choose Your Friends (ITV1), and wrote and performed two series of Richard Herring’s Objective for BBC Radio 4. The fourth series of Richard’s comedy drama, Relativity, returns to BBC Radio 4 later this year.

Richard was the winner of series 10 of Taskmaster. He’s also won a House of Games Champion of Champions trophy. And it only took him four goes to win Pointless. He has previously appeared as a guest on shows including Alan Davies’ As Yet Untitled (Dave), Argumental (Dave), Set List (Sky Atlantic), Roast Battle (Comedy Central), Have I Got News For You (BBC One) and Never Mind the Buzzcocks (BBC Two).

His latest book, ‘Can I Have My Ball Back?’, a memoir about Richard’s experience of testicular cancer and what defines masculinity and “maleness” in society, is being released in October.

For all dates and guest names, visit: richardherring.com

What the press have said about RHLSTP:

“Jonathan Ross has a funny voice. And yes, Parky has a wise, crinkly face. But, for us, Richard Herring’s comedian on comedian chat action takes the crown… It’s made us laugh more than anything else on the internet”
Ben Williams, Time Out

“It’s well worth being part of the audience for the recording of Richard Herring’s stellar, Chortle Award winning podcast”
Warren Howard, The i Newspaper

“packed with energy, insight and beautiful splodges of puerility”
Alex Hardy, The Times