FRANK SKINNER TO PERFORM ‘30 YEARS OF DIRT’ AT EDINBURGH FRINGE 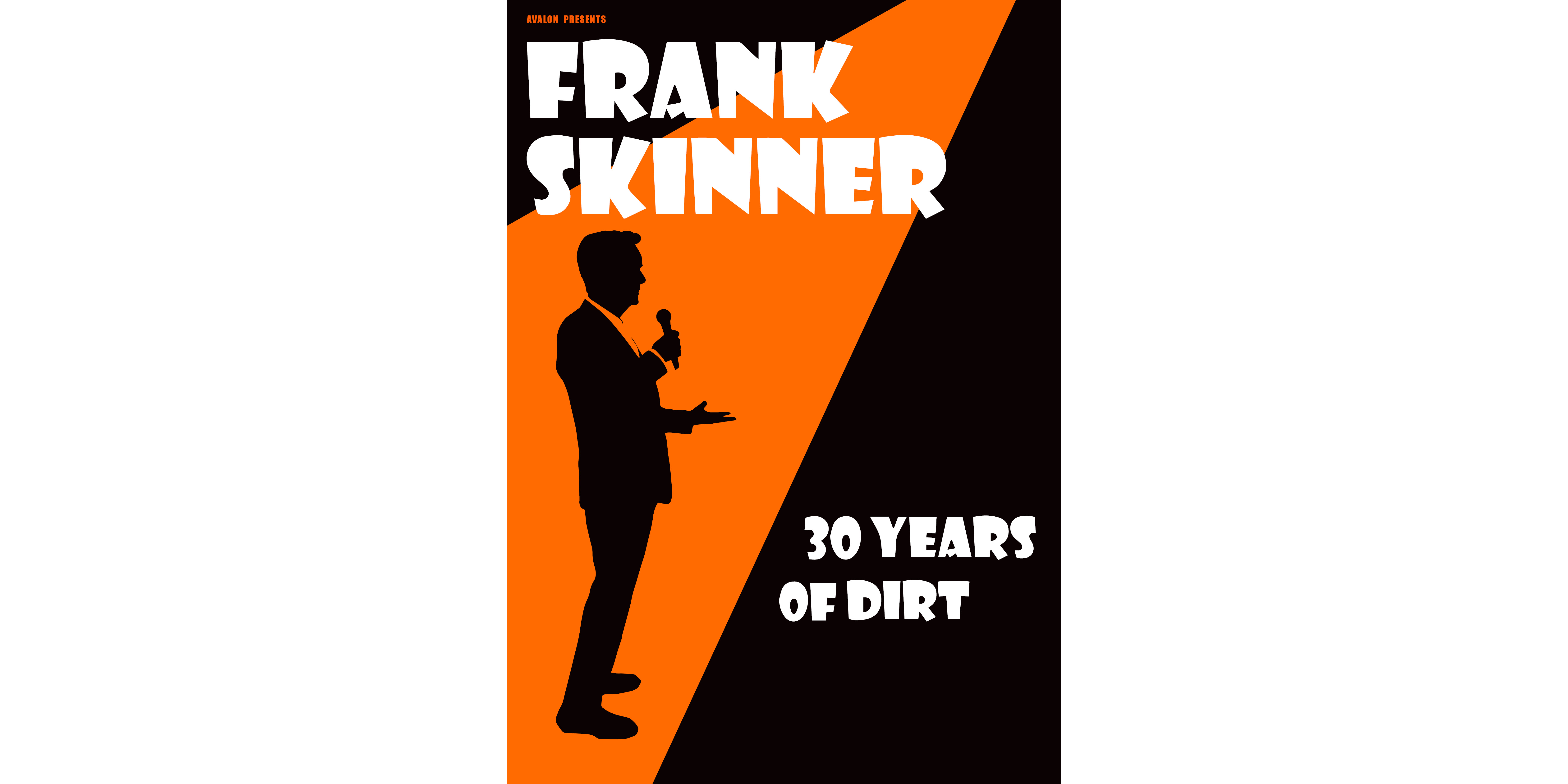 Comic legend Frank Skinner returns to the Edinburgh Fringe with a brand-new hour of stand-up material, following his critically acclaimed, sell out national tour Showbiz and subsequent sell out residency at the West End’s Garrick Theatre.  The 1991 Perrier Award winner Skinner will be performing every evening at the Assembly, Roxy Central from 4th-28th August (excluding Wednesdays). Tickets can be found at edfringe.com.

‘Skinner is warm, impeccable company and his way with a punchline is masterful… a delight.’

Frank Skinner’s live career began in 1987 when he spent £400 of his last £435 booking a room at the Edinburgh Festival Fringe. Four years later in 1991 he returned to the city and beat fellow nominees Jack Dee and Eddie Izzard to take home comedy’s most prestigious prize, The Perrier Award.

Away from the live stage, the last couple of years has seen Frank host the Big Hay Weekend on Sky Arts in 2022, and present two mini-series for the channel, Boswell and Johnson’s Scottish Road Trip in 2020 and Wordsworth and Coleridge’s Romantic Road Trip in 2021.  In April 2020, the highly successful podcast series, Frank Skinner’s Poetry Podcast was launched with a fifth series just released. Off the back of this, the highly acclaimed book How to Enjoy Poetry was published in September 2020. His latest non-fiction, A Comedian’s Prayer Book, was published in April of 2021.

As England made their Euro 2020 final showdown with Italy at Wembley last year, the iconic football anthem Three Lions, written by Frank alongside David Baddiel and Lightning Seeds, clinched the Number 1 spot in the Official Big Top 40. In the years since its debut, the track has seen multiple releases and is the only song in existence to have become the UK number one on four separate occasions by the same artists: two one-week stints in 1996, three straight weeks in 1998 for the remake, and again in 2018 during the World Cup.

In 2019, Frank announced his last live sell out national stand-up tour Showbiz during a non-stop 10-hour radio show, which marked the 10-year anniversary of his hugely successful career at Absolute Radio. Frank’s award-winning show, The Frank Skinner Show, attracts over one million listeners per week, has achieved over 50 million podcast downloads and saw him inducted into the Radio Academy’s Hall of Fame in 2016.

As an author, Frank has written two autobiographies, the first of which, Frank Skinner, was the top selling autobiography of 2002, spending 46 weeks in The Sunday Times Bestseller List.  The second Frank Skinner On The Road, chronicled his 2007, sell-out return to stand-up. He also published Dispatches from the Sofa; a collection of columns he wrote for The Times.

Frank’s other TV credentials in 2018 included writing and starring as Johnny Cash in Johnny Cash & the Ostrich – a one-off special forming part of the successful Urban Myths series airing on Sky Arts, as well as hosting seven series of BBC1’s Room 101 and seven series of Portrait/Landscape Artist of the Year for Sky Arts.  Frank wrote and hosted The Frank Skinner Show (BBC & ITV), which is widely credited as setting the tone for the modern comedic chat show and ran for nine years, attracting 11 million viewers at its peak. He hosted three series of Frank Skinner’s Opinionated for BBC Two and presented documentaries covering passions including Muhammad Ali (BBC1), Elvis (BBC4) and investigating the life of George Formby (BBC4).

Alongside his regular show on Absolute Radio, Frank has carried out exclusive feature interviews for the station with a number of esteemed guests including Nobel Peace Prize-winning former Vice President Al Gore and Russell T Davies, executive producer of Doctor Who and writer of It’s a Sin. Frank has also written and starred in three series of the critically-acclaimed comedy drama series Don’t Start for BBC Radio 4 and has created and hosted two series of his comedy panel show The Rest is History for BBC Radio 4.

More of what the press said about Showbiz

Bruce Dessau, Beyond the Joke/Evening Standard

“This is a terrific, feel-good show… He is warm, relaxed, down-to-earth and properly funny…It is hilarious stuff. This is the work of a seriously skilled stand-up”

“He’s clearly lost none of his mojo”

“One of Britain’s funniest men’”

“Man in a Suit’ sees Skinner on fine form: warm, chatty and self-deprecating”

“It’s certainly a pleasure to see him back in action”