TASKMASTER WINNERS REUNITE FOR THE CHAMPION OF CHAMPIONS TASKMASTER SPECIAL 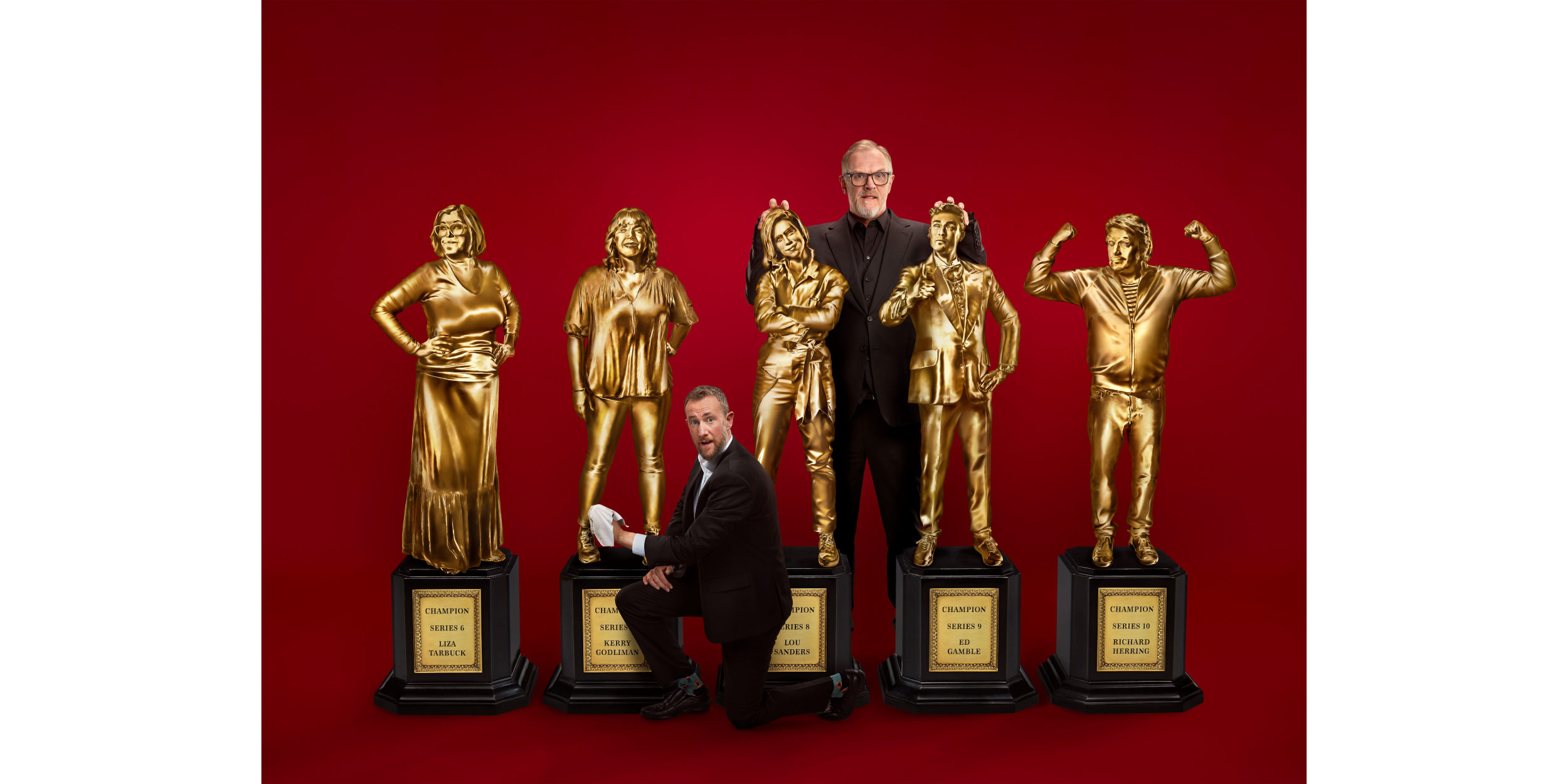 The uncompromising Taskmaster Greg Davies is set to uphold tradition and invite the winners of series six to ten to a brand-new Champion of Champions tournament, adjudicated by the PA of PAs, Little Alex Horne. Hot on the heels of a heroically fought 13th series of the BAFTA and National Comedy Award winning show, five task titans will compete in the ultimate quest for victory at 9pm on Thursday 23rd June on Channel 4.

Returning to the scene of the greatest triumph of their lives to try and become the next Champion of Champions, Greg’s expectations will be sky high as he watches previous Taskmaster Champions Ed Gamble destroy a bath toy, Kerry Godliman rolling a bobbin, Liza Tarbuck avoiding low-flying bananas, Lou Sanders painting on skates and Richard Herring revealing his bare feet. Who will emerge as the ultimate victor and bask in the glory of the greatest triumph in television?

WHAT THE PRESS HAVE SAID ABOUT TASKMASTER SERIES 13 SO FAR:

“Thirteen may be considered an unlucky number but, if this first episode of the 13th season of Taskmaster is any indication, fortune still favours Greg Davies and Alex Horne as they execute their well-established formula… if they keep it up, this season looks to be great fun”
Daniel Brooks, The Daily Telegraph