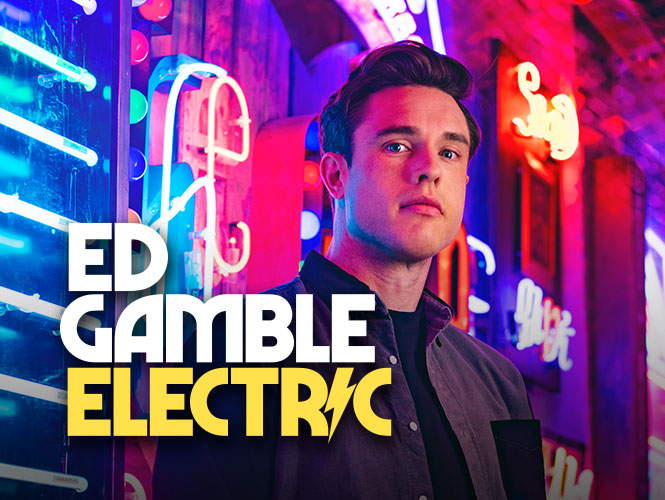 Rachel Aroesti, The i

Comedian, co-host of chart topping Off Menu podcast and judge on BBC2’s Great British Menu, Ed Gamble returns to the Edinburgh Festival Fringe with his brand-new stand-up show Electric, which he has been touring around the UK this year. This follows a twice extended sold-out UK tour of his previous stand-up show Blizzard (which was the last show he performed to a sold-out crowd at the Fringe back in 2018) and his comedy special Blood Sugar, which has hit the top spot as most watched stand-up special on Amazon Prime.

Ed will be performing at Assembly, Gordon Aikman Theatre from 8th – 14th August at 9.00pm.

After a sell-out tour of his house in 2020 (extended into 2021 due to popular demand), Ol’ Broken Pancreas is charged up and ready to flick the switch on another round of attention seeking in 2022.

Winner of series 9 of Taskmaster (UKTV/Channel 4), Ed has recently been a contestant on The Great Celebrity Bake Off for Stand Up to Cancer (Channel 4) and star of Mock the Week (BBC Two).

What the press has said about Electric

“his set is slick and, as expected, electrifyingly excellent.” ★★★★

“There were a lot of laughs throughout the show…It was nice to see Ed Gamble return to his comedy roots and see him do it justice.”

Other things the press has said about Ed Gamble