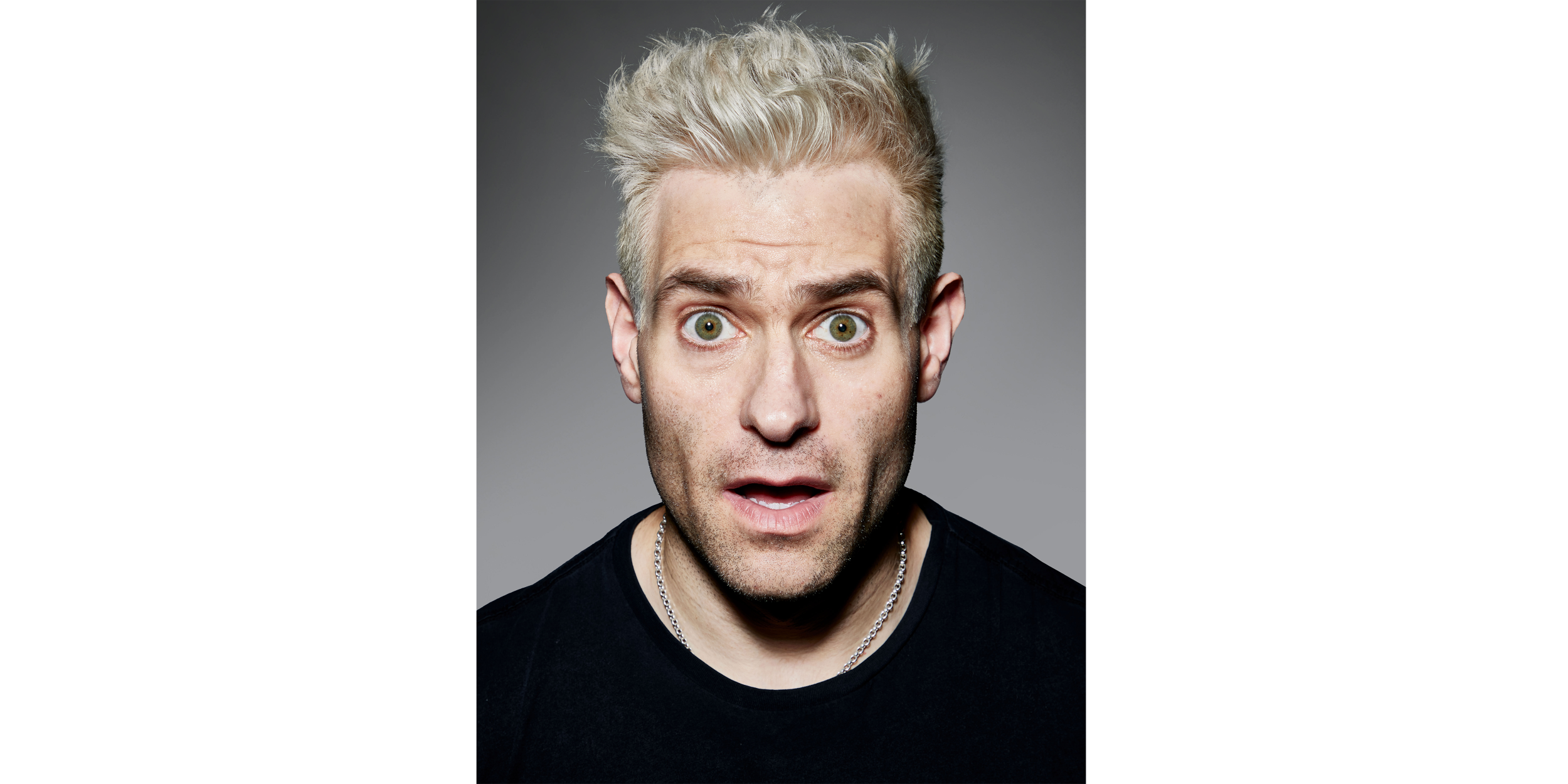 “There aren’t many better comedians to turn to”
★★★★ The Telegraph

Hot on the heels of a sell-out nationwide tour that was extended to almost 100 dates, the world-famous prankster and award-winning comedian Simon Brodkin presents a brand-new hour of stand-up with his latest show ‘Screwed Up’ at the Edinburgh Festival Fringe. Brodkin performs at the Pleasance Courtyard Cabaret Bar from 3rd to 27th August (excluding the 15th) at 9:40pm. Tickets can be found at edfringe.com.

This show, his second as himself, is far more personal than his debut, and sees Simon explore his Russian ancestry, his recent ADHD diagnosis, and his relationship to fame – having made headlines all over the world with his notorious stunts while simultaneously being rejected by ‘I’m A Celebrity’ for not being famous enough. In ‘Screwed Up’ Simon also dives headfirst into religion, war, politics, and the disparity between mental and physical health.

Simon’s first show as himself at the 2019 Fringe was a hit with audiences, enjoying a sell-out run, and was selected by The Evening Standard as one of the ‘Best Comedy Shows at the Edinburgh Fringe’ and one of The Guardian’s ‘Shows We Recommend’. The show went on an extended UK tour, with over 50 extra dates added to meet demand, including six nights at London’s Leicester Square Theatre.

Simon made a name for himself as a world-famous prankster and his audacious stunts were documented in Channel 4’s Britain’s Greatest Hoaxer, which was nominated for Best Documentary at the Monte Carlo TV Festival Golden Nymph Awards 2018 and has been watched online more than 40 million times.

“Simon Brodkin has finally and gloriously cast off the shackles of Lee Nelson with a sublime piece of daft comedy”
★★★★ Murray Robertson, The List

“100% Simon Brodkin is a welcome evolution”
★★★★ Jay Richardson, The Scotsman

“As a traditional, timeless stand-up show, this hits plenty of bullseyes”
★★★★ Bruce Dessau, Beyond The Joke

“His show proves that Brodkin has no need for the trappings of character to deliver a thoroughly entertaining show”
Steve Bennett, Chortle

“Funny, smart and unexpected… this show proves that Simon Brodkin no longer needs to hide behind characters and stunts to be funny”
★★★★ Elliot Gonzales, I Talk Telly

Follow @livecomedy for news and ticket info. For further information, interview requests or images please contact the Edinburgh press team at edinburghpress@avalonuk.com or phone Florrie Sheehan or Perrine Davari on 020 7598 8000.