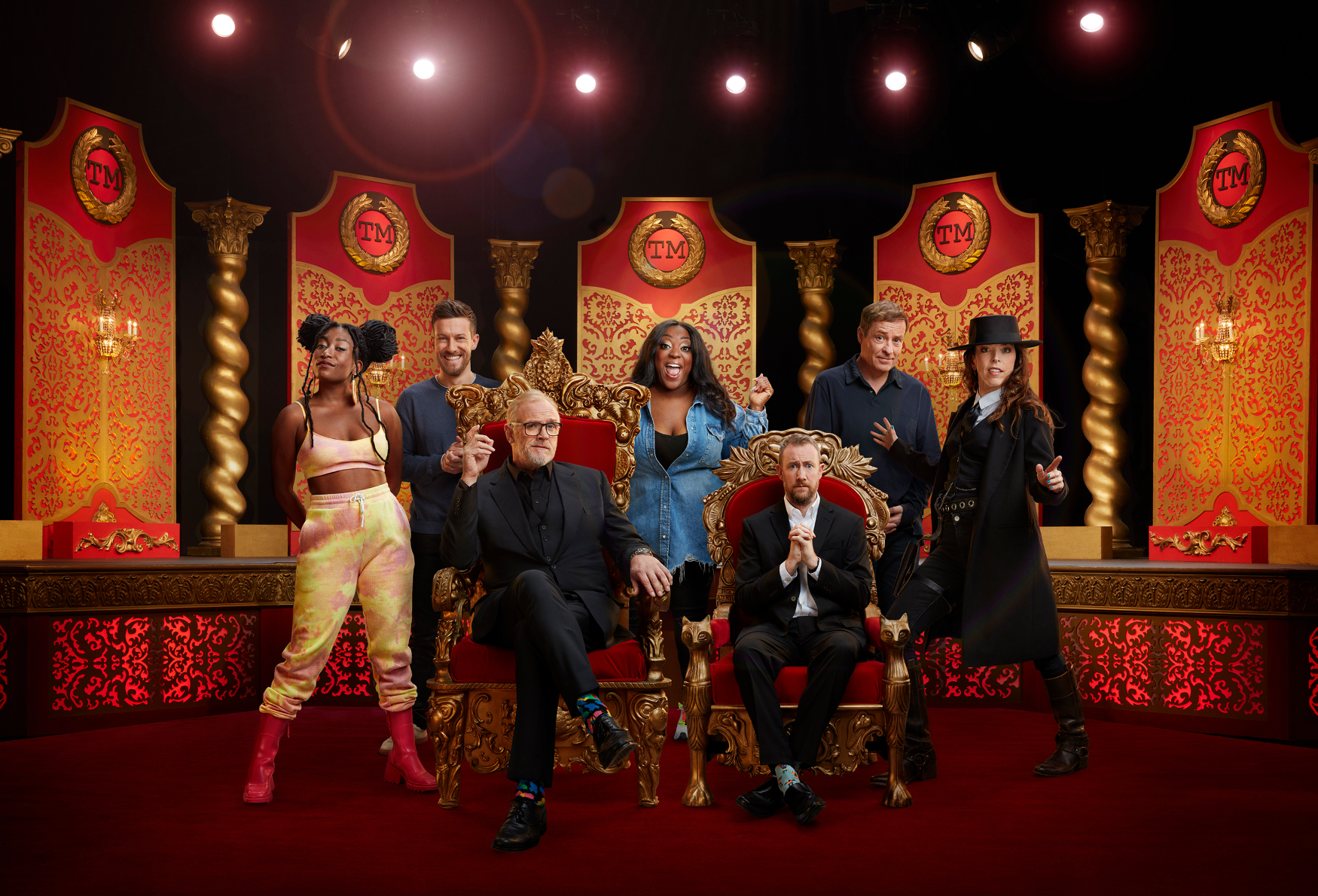 AT 9PM ON THURSDAY 14TH APRIL

Channel 4’s BAFTA and National Comedy Award-winning behemoth is back for a brand-new series as Greg Davies’s revered golden noggin will be won for the 13th time by the comic who proves their mettle over 10 gruelling episodes. Ever present throughout proceedings is Greg’s miniature sidekick, Alex Horne, gripping onto his tablet for dear life and looking very proud of himself for being so ruthlessly efficient in administering each and every task.

Survival for this courageous quintet will depend on their abilities to paint perfectly with their lips, effectively wrangle a cement mixer and chase Alex around a tree while he’s pedalling a tricycle. Should they impress the Taskmaster, he will reward them with points and the occasional admiring word. But should they stumble or show any kind of weakness… he’ll scent blood and pounce on them like a puma. (Metaphorically).

The launch of series 13 also sees the unveiling of the brand new Taskmaster App; a show companion where viewers can watch the show on TV and score along at home, taking on the role of the mighty Taskmaster themselves. The app also features the Taskmaster Academy with quizzes from every series of the show, group and solo tasking games, and a Jukebox featuring all of the music from the show.

WHAT THE PRESS HAVE SAID:

“Charming, batshit, hilarious…That something so pointless, so silly, so endlessly daft should exist is just delightful”
★★★★ Lucy Mangan, The Guardian

“the well of ingeniously tedious tasks will seemingly never run dry. Davies and Horne are a fine double act, and their “pre-prepared banter” is as much a reason to watch as the tasks”
Joe Clay, The Times

“The hilarious, BAFTA-winning game show is… as wacky as ever”
★★★★ Daily Mail