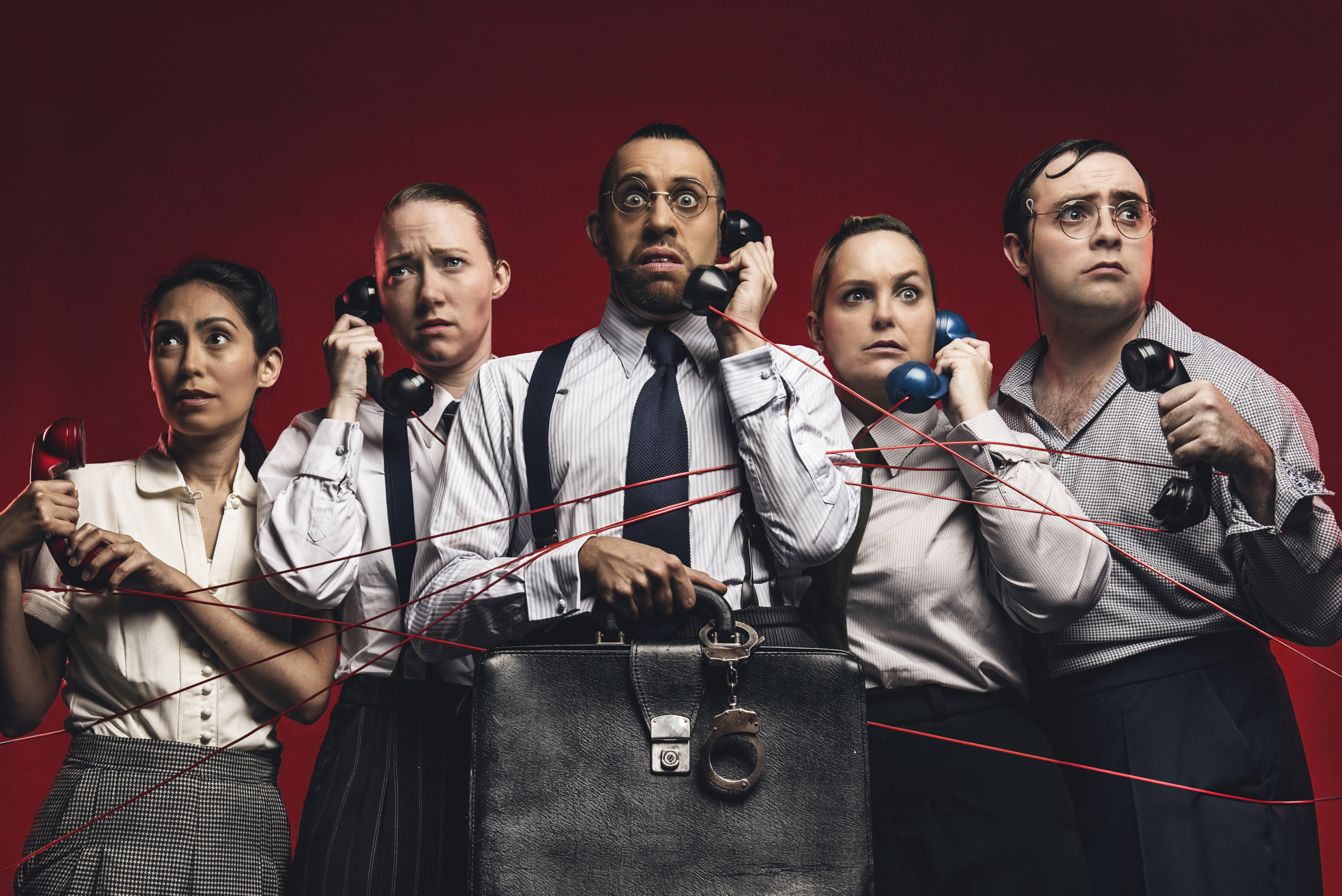 “a buzz louder than a doodlebug surrounds Operation Mincemeat…a kind of genius declares itself”
Dominic Cavendish, The Telegraph

★★★★ The Sunday Times, The Observer, The Telegraph, The i, The Independent

21st March – Following three sold-out runs at Southwark Playhouse, Operation Mincemeat is back for an extension in its new home, Riverside Studios, with previews commencing on 28th April and performances running through to 9th July 2022.

Tickets are on General Sale now from the Official Box Office at OperationMincemeat.com

After sold-out runs at the New Diorama Theatre in 2019 and Southwark Playhouse in 2020, 2021 and earlier in 2022, Operation Mincemeat is back. Having spent lockdown rewriting the show, weeping and eating biscuits, SpitLip has extended the run of this newer, bigger and (somehow) even better version.

Operation Mincemeat the Musical is not to be confused with the film starring Colin Firth set to be released in cinemas from 15th April and on Netflix.

Riverside Studios is a multi-arts venue, situated in a beautiful location on the banks of the Thames in Hammersmith, west London. For over 45 years, it has been the home of an extraordinary mix of theatre, film, comedy, art, dance, music and television. It reopened fully in 2020 after a total redevelopment.

“Operation Mincemeat has been described as audacious, miraculous, dazzling, multitasking with little more than a few strings of telephone wire and with a very big future. I feel like we are made for each other!”

“moving at breathless speed, the five performers take on a dazzling series of gender-switching roles… a Beyoncé-esque assertion of female power in the wartime…excellent performers… There are some big, blowsy shows around in the West End, but this little belter is staging its own audacious invasion plan” ★★★★★
Suzi Feay, The Financial Times