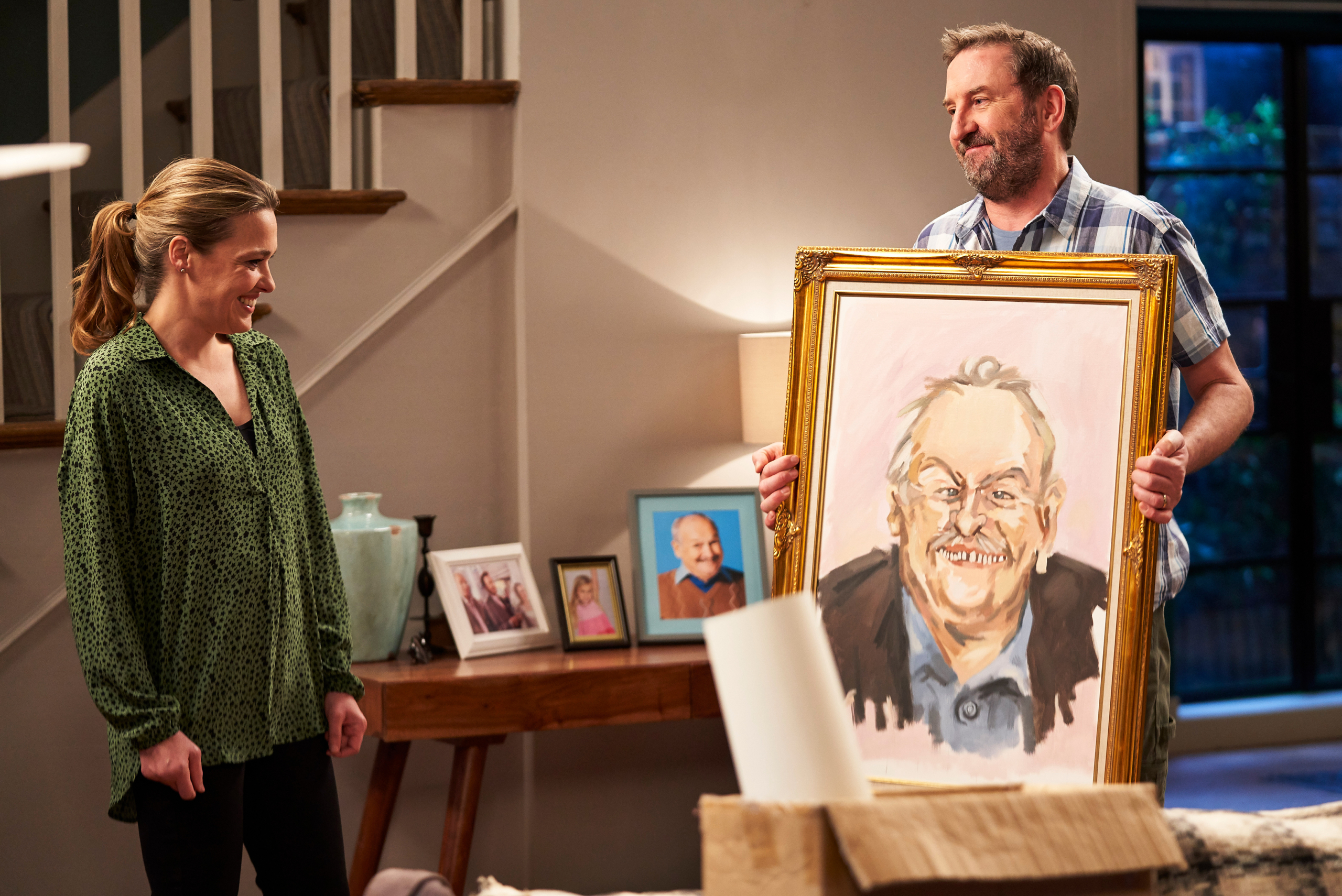 Lee Mack’s multi award-winning hit show, and longest running sitcom on air, returns for a new series on BBC One this March.

It’s been over a year since Frank’s (Bobby Ball) passing and the always lovely Wendy (Deborah Grant), rediscovering a long lost love for painting, decides to create a very unique tribute in oils.  How can Lee (Lee Mack) and Lucy (Sally Bretton) break the news that they don’t necessarily like the likeness? The usually curmudgeonly Geoffrey (Geoffrey Whitehead) seems very keen on the painting, but is all as it seems and might there be an even more eye-popping piece to emerge from his wife’s creative awakening.  Could it get any more awkward?  This is Not Going Out…

The series continues in the anarchy of a packed family house with the couple crashing from one near-disaster to the next and, of course, don’t forget to factor in close friends in the form of wife-weary, Toby (Hugh Dennis) and uptight ice-queen Anna (Abigail Cruttenden).

Produced by Avalon, Not Going Out is directed by Nick Wood and produced by Jamie Rix. The Executive Producers are Richard Allen-Turner, Rob Aslett, Lee Mack and Jon Thoday. The Commissioning Editor for the BBC is Gregor Sharp.

“the first minute alone has five decent gags. That’s a rate of a joke every 12 seconds, which is going some, but par for the course for a sitcom that’s still arguably the most underrated on British TV” ★★★★
James Jackson, The Times

“one of the funniest things I’ve seen in a long, long time”
Zoe Ball, BBC Radio 2

“As always, the show is packed full of witty one-liners”
Sara Wallis, The Daily Mirror

“its winning formula of quick-fire gags … Some great lines combine with a clever plot – we’re glad Not Going Out is not going anywhere.”
Eleanor Relf, The Sun

“as usual, there are more gags in the first five minutes than most other sitcoms manage in 30.” ★★★★
Jill Pelton, TV Times

“Few sitcoms are as impatient with a punchline”
The Daily Telegraph

“works beautifully”
Gerard Gilbert, The i

Unfortunately for Lee and Lucy, Wendy rediscovers her love of painting and gifts them a portrait of Frank.

When Lee accidentally sends a rude text to Anna that was intended for Lucy he upsets both of them.

When Lee promises Lucy that he will make more of an effort to be friendly with other parents in the playground, he makes the mistake of starting with Keith.

Recovering from knee surgery, Lee sits by the window day after day spying on his neighbours through a pair of binoculars.

Lee does jury service and joins eleven other jurors in the Jury Room to debate whether the accused is guilty or not.

Lee organises a family camping trip into the back of beyond where they soon discover that no one can hear them scream.