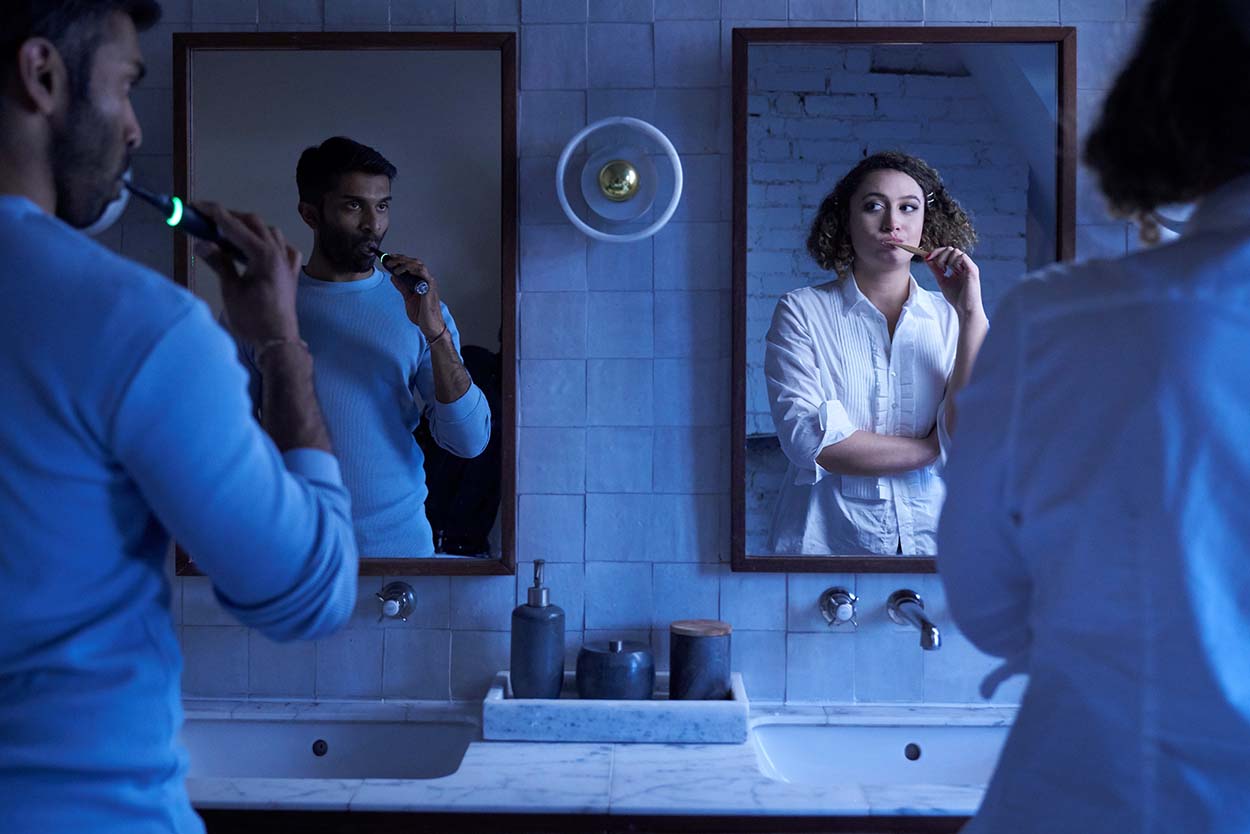 “Starstruck is proof we’re in a golden age for romcoms… Matafeo is one of the most interesting and talented figures in comedy at the moment”
Sarah Carson, The I

Co-written by Rose Matafeo, Alice Snedden, and Nic Sampson, and produced by Avalon for BBC Three in the UK and HBO Max in the U.S. The second 6 x 30 series is set to continue the story of Jessie (Rose Matafeo), a millennial living in East London juggling two dead end jobs and navigating the complications of becoming romantically involved with famous film star Tom (Nikesh Patel; Four Weddings and a Funeral, Hulu; Indian Summers, Channel 4). After having decided to stay and pursue a relationship with him, Jessie must deal with the real-world consequences of her grand gesture. Minnie Driver (Modern Love, Amazon; Good Will Hunting) is set to reprise her role as Tom’s agent Cath, while Russell Tovey (Years and Years; BBC One, Him & Her; BBC Three) joins the cast for the brand-new series.

Having received huge critical applause, Starstruck has been nominated for Best Comedy Programme at the Broadcast Awards 2022, and Best Comedy Series at the Edinburgh TV Awards 2021, while Matafeo has been shortlisted for the Comedy Breakthrough Performer award at the National Comedy Awards 2021. The show was highlighted by Rotten Tomato  as their #3 best TV show of the year, featured in the Guardian’s ‘Top 10 Best Shows of 2021’, AV Club’s ‘Top 8 Great TV Hidden Gems’, Decider’s ‘Best TV Shows of the Year’, as well as selected as one of the best shows of 2021 in The Decider, Paste Magazine, NME, Thrillist, Washington Post, CNET, The Guardian, The I, The Telegraph, Stylist, Vulture, Concrete Playground, Time Magazine, Buzzfeed, Chicago Tribune, Paper City Mag, Mashable, Hollywood Reporter, NPR, Star Tribune, Jezebel, TV Insider, Boston Globe, and Bustle, while Matafeo was featured in Variety’s ‘Best Performances of 2021’, The Times’s ‘Top 10 Funniest Actors on TV’.

An international hit, series 2 will air on BBC Three in the UK and, at a later date to be announced, HBO Max in the U.S., series 2 of Starstruck will also air on ABC in Australia and TVNZ in New Zealand.

Full transmission details to be revealed in due course

“The screwball dialogue is fast, flirty and full of one-liners… Starstruck offers that delightful viewing experience where you realise afterwards you’ve had a massive grin on your face the whole time”
★★★★ Rachael Sigee, The I

“Post Fleabag it’s a brave actress who ventures into the comic arena of an eccentric drunken young female having one-night stands. It is a rare one who can make it funny and fresh when Phoebe Waller-Bridge has smashed this territory… Yet Rose Matafeo in Starstruck managed it, and with ease… Matafeo has funny bones, she’s worth watching”
★★★★ Carol Midgley, The Times

“This might be the most assured debut of a romantic comedy since Catastrophe”
David Butcher, Radio Times

“What sets Starstruck apart as a romcom is Matafeo’s sharp, believable writing… that underlines Matafeo’s status as an assured comic voice of her generation”
★★★★ Steve Bennett, Chortle

“a glorious and shining example of the romcom form”
Boyd Hilton, Heat

“Matafeo is a charismatic performer and excels as writer and star”
Victoria Segal, The Sunday Times

“it has warmth and charm and, praise be actual, bona fide chemistry between the two leads”
★★★★ Deborah Ross, The Mail on Sunday

“anyone who enjoyed Hugh Grant as a bumbling innocent in love… will find Matafeo just as charming and twice as believably vulnerable… Starstruck will leave you yearning to know if Tom and Jessie get back together”
★★★★ Christopher Stevens, Daily Mail

“The show… deals with the end-of-20’s panic attack of being alive… more adroitly than a lot of other shows that have attempted to do ever since Girls happened”
Joel Golby, The Guardian

“Funny and sweet, this is a romcom for the modern age”
Sara Wallis, The Daily Mirror

“Matafeo and Patel are wonderfully likeable and the whole series is a joy”
★★★★ Boyd Hilton, Heat Magazine

“the main draw is the chemistry between our leading pair, which… fizzes nicely”
Ben Dowell, The Times

“must-watch… The show is incredibly watchable; not least because the chemistry between Patel and Matafeo is electric”
Baz Bamigboye, Daily Mail

“A star is born”
Mona Tabbara, The Sun

“a deeply funny and sweet story. A hug in sitcom form, if you will”
Chloe Laws, Glamour Magazine

“There are those in love with Rose Matafeo and those who still haven’t seen the New Zealand born comic in this utterly joyous romantic comedy”
Andrew Male, The Sunday Times