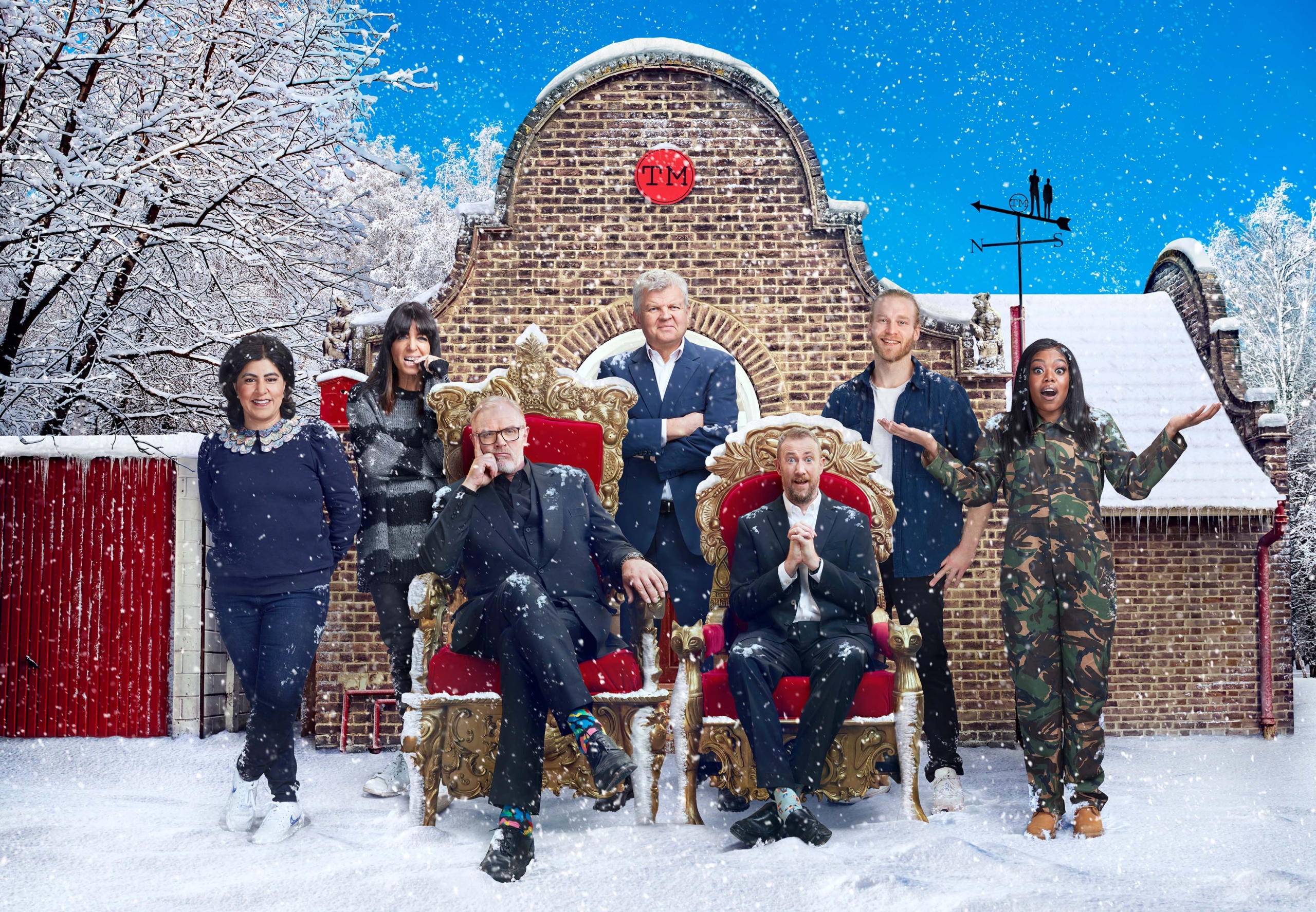 Taskmaster Greg Davies and his little elf Alex Horne welcome five special guests for this one-off festive treat. Adrian Chiles (BBC Radio 5 Live), Claudia Winkleman (Strictly Come Dancing, BBC One), Jonnie Peacock (Jonnie’s Blade Camp, Channel 4), Lady Leshurr (Don’t Hate the Playaz, ITV 2), and Baroness Sayeeda Warsi (Have I Got News for You, BBC One) are the competitors with a keen desire to lay claim to Greg’s unique Trophy of Eyebrows. But how will they fare when faced with tasks involving eggs, vinegar and an inordinately long pole?

WHAT THE PRESS HAVE SAID ABOUT TASKMASTER:

“This is the 12th series of the BAFTA-winning show, but the well of ingeniously tedious tasks will seemingly never run dry. Davies and Horne are a fine double act, and their “pre-prepared banter” is as much a reason to watch as the tasks”
Joe Clay, The Times

“The peculiarly addictive, even oddly poignant affair, is back for a 12th series, as greg Davies’s eponymous mad god put the latest lost souls through their pointless paces”
Ali Catteral, The Guardian

“The hilarious, BAFTA-winning game show is best for a 12th series, and its as wacky as ever”
★★★★ Daily Mail

“There’s an infantile joy in comedy game show Taskmaster. Now in it’s 12th series, and about to reach the 100th episode, its becoming more popular than ever, and comedians are falling over themselves top take part”
Tom Spilsbury, TV Choice