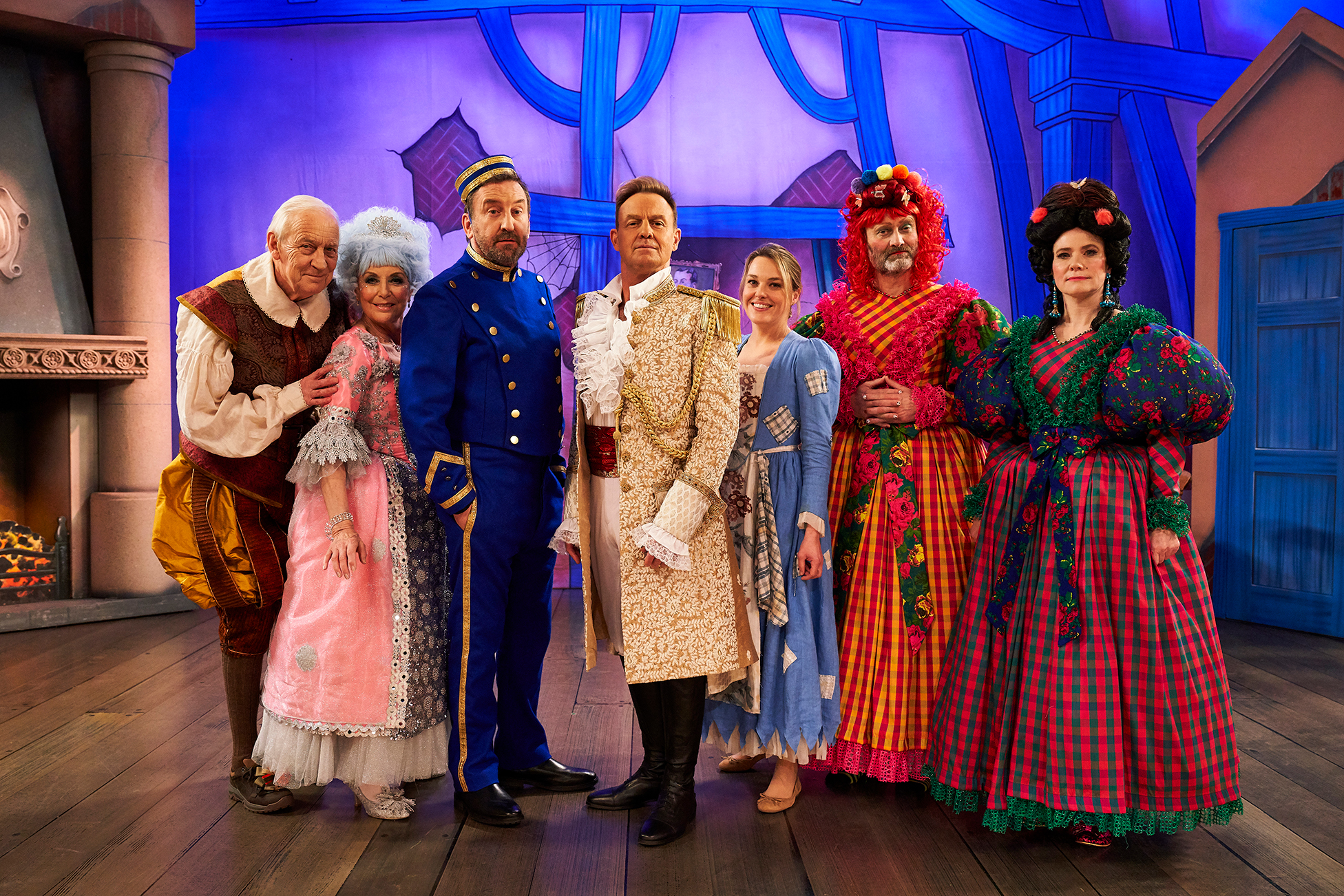 Lee Mack’s multi award-winning hit show, and longest running sitcom on air, will return for a festive special episode on BBC One.

It is Christmas and Lee (Lee Mack) is not happy that Lucy (Sally Bretton) had booked tickets to the Pantomime. Especially given the star of the show is Lucy’s teenage crush, the ever-charming Jason Donovan. Will a bedtime argument lead to a nightmare before Christmas for Lee (…or should we say Buttons)? How might a suitably lovely Fairy Godmother (Deborah Grant), a world-weary and uptight duo of Ugly Sisters (Hugh Dennis & Abigail Cruttenden) and a magnificently pompous Baron Hardup (Geoffrey Whitehead) affect Cinderella’s chance to get to the ball and meet her Prince Charming?

Produced by Avalon, Not Going Out is directed by Nick Wood and produced by Jamie Rix. The Executive Producers are Richard Allen-Turner, Rob Aslett, Lee Mack and Jon Thoday. The Commissioning Editor for the BBC is Gregor Sharp.

“the first minute alone has five decent gags. That’s a rate of a joke every 12 seconds, which is going some, but par for the course for a sitcom that’s still arguably the most underrated on British TV” ★★★★
James Jackson, The Times

“one of the funniest things I’ve seen in a long, long time”
Zoe Ball, BBC Radio 2

“As always, the show is packed full of witty one-liners”
Sara Wallis, The Daily Mirror

“its winning formula of quick-fire gags … Some great lines combine with a clever plot – we’re glad Not Going Out is not going anywhere.”
Eleanor Relf, The Sun

“as usual, there are more gags in the first five minutes than most other sitcoms manage in 30.” ★★★★
Jill Pelton, TV Times

“Few sitcoms are as impatient with a punchline”
The Daily Telegraph

“works beautifully”
Gerard Gilbert, The i