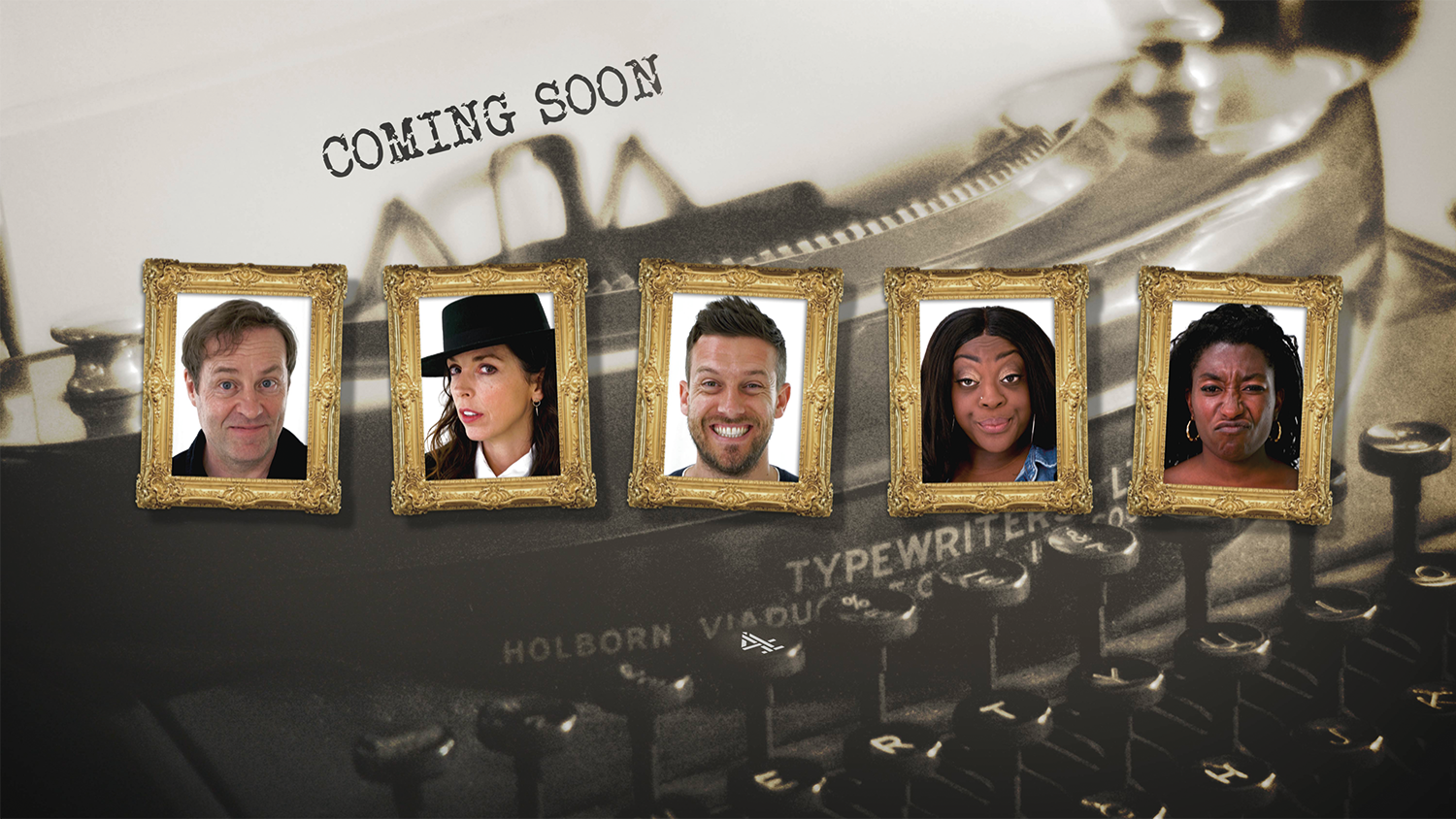 Following the crowning of the latest champion, BAFTA winning show Taskmaster reveals the brand-new series 13 line-up featuring five courageous comedians eagerly waiting their turn to step into the Taskmaster’s house and show their mettle in the most hard-fought but utterly ridiculous show on television. Airing in 2022 on Channel 4, Taskmaster stars the show’s creator Little Alex Horne scuttling behind the deafening footsteps of demanding overlord and the Taskmaster himself, Greg Davies.

Hoping to win valuable points, eternal glory, and favourable treatment from the Taskmaster are: stand-up, actor, and author Ardal O’Hanlon (Father Ted, C4), award winning comedian Bridget Christie (Stand Up For Her, Netflix), stand-up comedian and TV host Chris Ramsey (The Chris Ramsey Show, Comedy Central), comedian and presenter Judi Love (Loose Women, ITV), and comedian, actress, and podcaster Sophie Duker (Live At The Apollo, BBC One). Having voluntarily signed up for the inevitable metaphorical slaughter at the hands of the tyrannical Taskmaster, each contestant will be put through their paces in a brand new set of tasks designed to test their daring, dexterity and dignity under extreme pressure. Who of our latest quintet will be immortalised in the Taskmaster Champion hall of fame?

Executive Producers for the series are Alex Horne, Richard Allen-Turner, Rob Aslett, James Taylor, Jon Thoday and Andy Devonshire (The Apprentice and The Great British Bake Off), who also acts as Series Director, while Andy Cartwright is Series Producer. Commissioned for Channel 4 by Head of Entertainment, Phil Harris and Head of Live Events, Tom Beck.

WHAT THE PRESS HAVE SAID ABOUT SERIES 12 OF TASKMASTER:

“This is the 12th series of the BAFTA-winning show, but the well of ingeniously tedious tasks will seemingly never run dry. Davies and Horne are a fine double act, and their “pre-prepared banter” is as much a reason to watch as the tasks”
Joe Clay, The Times

“The peculiarly addictive, even oddly poignant affair, is back for a 12th series, as greg Davies’s eponymous mad god put the latest lost souls through their pointless paces”
Ali Catteral, The Guardian

“The hilarious, BAFTA-winning game show is best for a 12th series, and its as wacky as ever”
★★★★ Daily Mail

“There’s an infantile joy in comedy game show Taskmaster. Now in it’s 12th series, and about to reach the 100th episode, its becoming more popular than ever, and comedians are falling over themselves top take part”
Tom Spilsbury, TV Choice