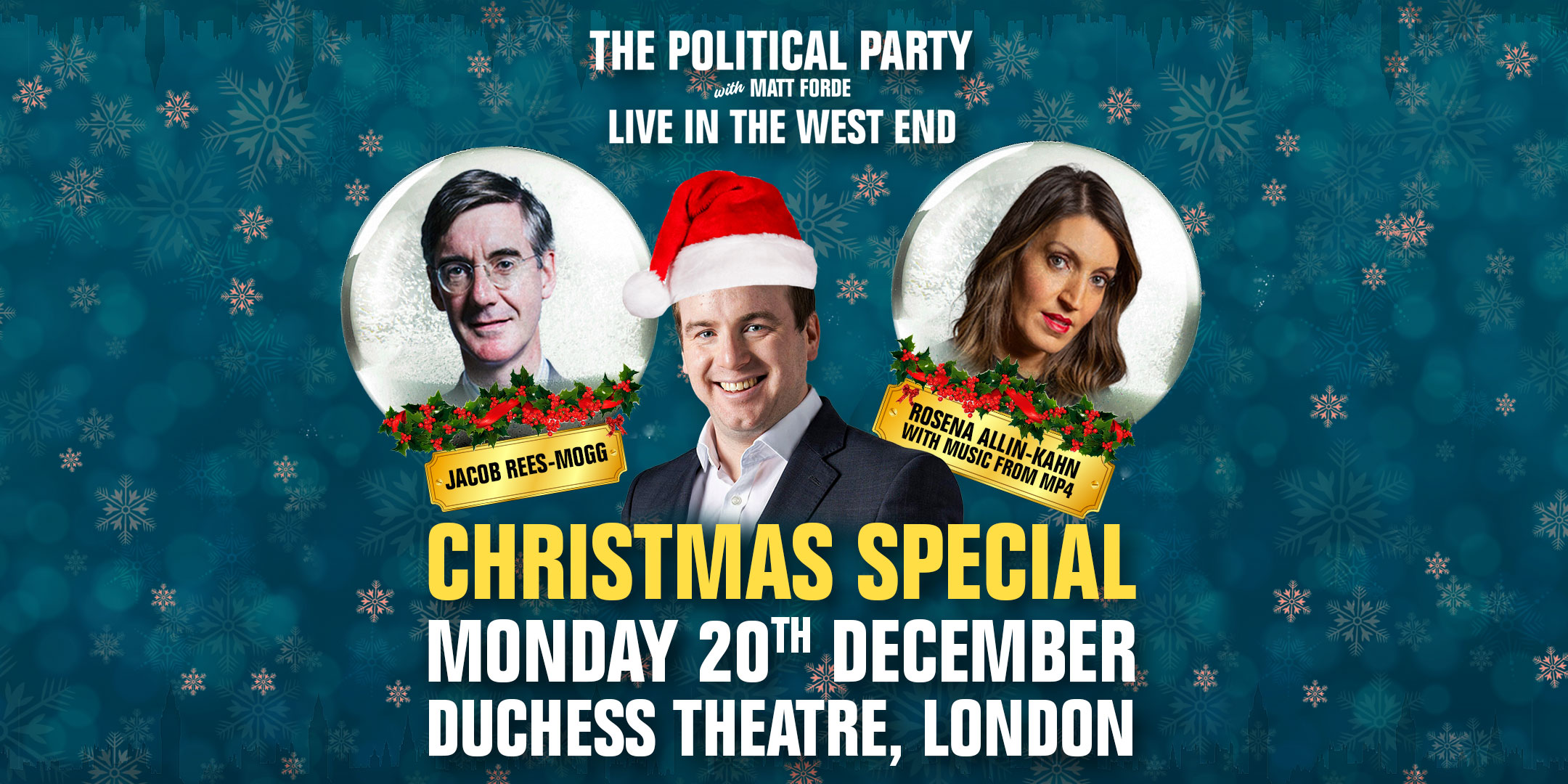 “Possibly the best political comedy show on the Fringe”

It was announced today, 12th November, that Matt Forde has added a Political Party Christmas Special on the 20th December to his West End residency at The Duchess Theatre.

He will be joined by two of the biggest stars in British politics: Leader of the House of Commons Jacob Rees-Mogg and Shadow Secretary of State for Mental Health Rosena Allin-Khan.

Jacob Rees-Mogg’s hilarious appearance on the podcast in 2016 is one of the most talked about interviews in the show’s history and the Conservative MP dubbed ‘the honourable member for the 18th century’ returns for this special end-of-term event.

Rosena Allin-Khan is one of the most charismatic politicians in Britain and is tipped as a future Labour leader. She stole the show at the 2019 Christmas Special with her astonishing singing voice. Will Rosena rock the crowd again this year? Cross-party Parliamentary rock band MP4 will be on hand to accompany her if she fancies belting out another anthem.

Guests on upcoming Political Party West End shows include former White House Director of Communications Anthony Scaramucci aka “The Mooch” on the 22nd November, plus the former Foreign Secretary, Health Secretary and current Chair of the Health and Social Care Select Committee Jeremy Hunt on the 6th December.

The UK’s leading political podcast has over 6.6 million downloads and is regularly included in iTunes’ Top 10 comedy podcasts. The British Podcast Award nominated show was recently listed by Mace Magazine as the Number 1 Political Podcast and by The i newspaper as one of the 50 Greatest Podcasts, adding to top podcast picks in the press from titles including The Observer, The Telegraph, The Guardian, Radio Times and ShortList.

“Is there a better political comic than Matt Forde currently working in the UK? I can’t think of another to touch him”