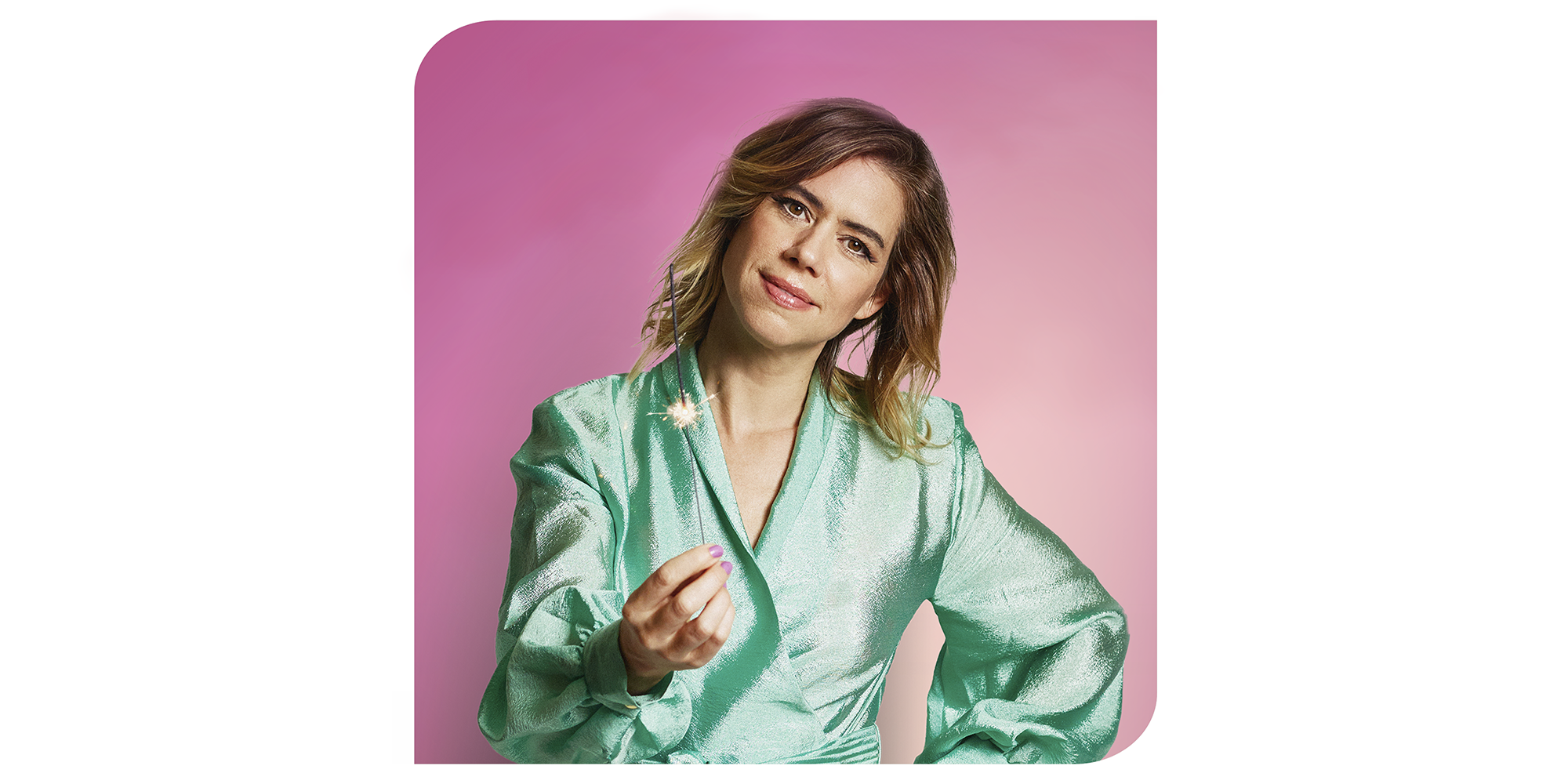 Critically-acclaimed stand-up and co-host of Broadcast Digital Award winning Unforgiveable, Lou Sanders announces her biggest tour yet with 45 dates nationwide performing the brand-new show One Word: Wow. The unique comedian is set to tour from 3rd March to 29th May 2022, including two performances at London’s Leicester Square Theatre. Tickets go on sale on at 10am on Friday 5th November and can be found at Lousanders.com

It’s time for a little get together; so pull up a chair, get all cosy and let Lou Sanders (aka Dr Giggles) tell you about the time she gave this horse a boner. She’ll bring her skates, you bring your wallet and you can all take some piccies. Perhaps this show is the real vaccine?

Consistently a critic’s and audience favourite, Lou’s previous celebrated show Say Hello To Your New Step-Mummy was selected as a top show to see in The Times, The Sunday Times, The Guardian, The I Newspaper, The Evening Standard, The Mirror, Time Out, and Joe.co.uk. It played to sold-out audiences every day of the Edinburgh Festival Fringe 2019, with extra dates added to meet overwhelming demand for tickets, as well as across the UK with a sold-out run at London’s Soho Theatre. While Lou’s hit 2018 show Shame Pig was selected as a top show to see in The Mirror, The Guardian, Guardian Guide, The Times, The Scotsman, Evening Standard, Time Out, The List, The Daily Express, and Edinburgh Festivals Magazine and played to sold-out audiences throughout the Edinburgh Festival Fringe 2018 and across the UK where she picked up a Comedian’s Choice Award and an Edinburgh Poster Award win. Away from the stage, Lou writes regular columns for The Guardian and Metro.

On TV, Lou is the co-host of Dave’s Unforgivable which was recently crowned Best Entertainment Programme at the Broadcast Digital Awards 2021, while she has featured on The Late Late Show with James Corden (CBS), starred in the Emmy nominated and BAFTA winning comedy game show Taskmaster (Dave), has appeared on Live At The Apollo (BBC One), 8 Out Of 10 Cats Does Countdown (Channel 4), QI (BBC Two), Travel Man (Channel 4), Hypothetical (Dave), 8 Out of 10 Cats (Channel 4) Karl Pilkington’s sitcom Sick of It (Sky One), Roast Battle UK (Comedy Central), The Russell Howard Hour (Sky One), Jon Richardson’s Ultimate Worrier (Dave), Red Nose Day Stand Off for Comic Relief (BBC One), Alan Davies: As Yet Untitled (Dave), Stand Up At BBC Wales (BBC Two), and Lou can regularly be heard on The Unbelievable Truth (BBC Radio 4).

WHAT THE PRESS HAVE SAID ABOUT LOU SANDERS:

Enormously enjoyable hour of stand-up from one of comedy’s most unique voices…. Irresistibly good
Alice Jones, The I ★★★★

the breakout star is clearly Lou Sanders, an unexploded bomb of a woman who manages to introduce an element of violent jeopardy into everything she does
Stuart Heritage, The Guardian

Say Hello To Your New Step-Mummy, should cement her as a comic who is unique and to be treasured… another impressive show from Sanders: courageous, funny and unique
Paul Fleckney, Chortle ★★★★