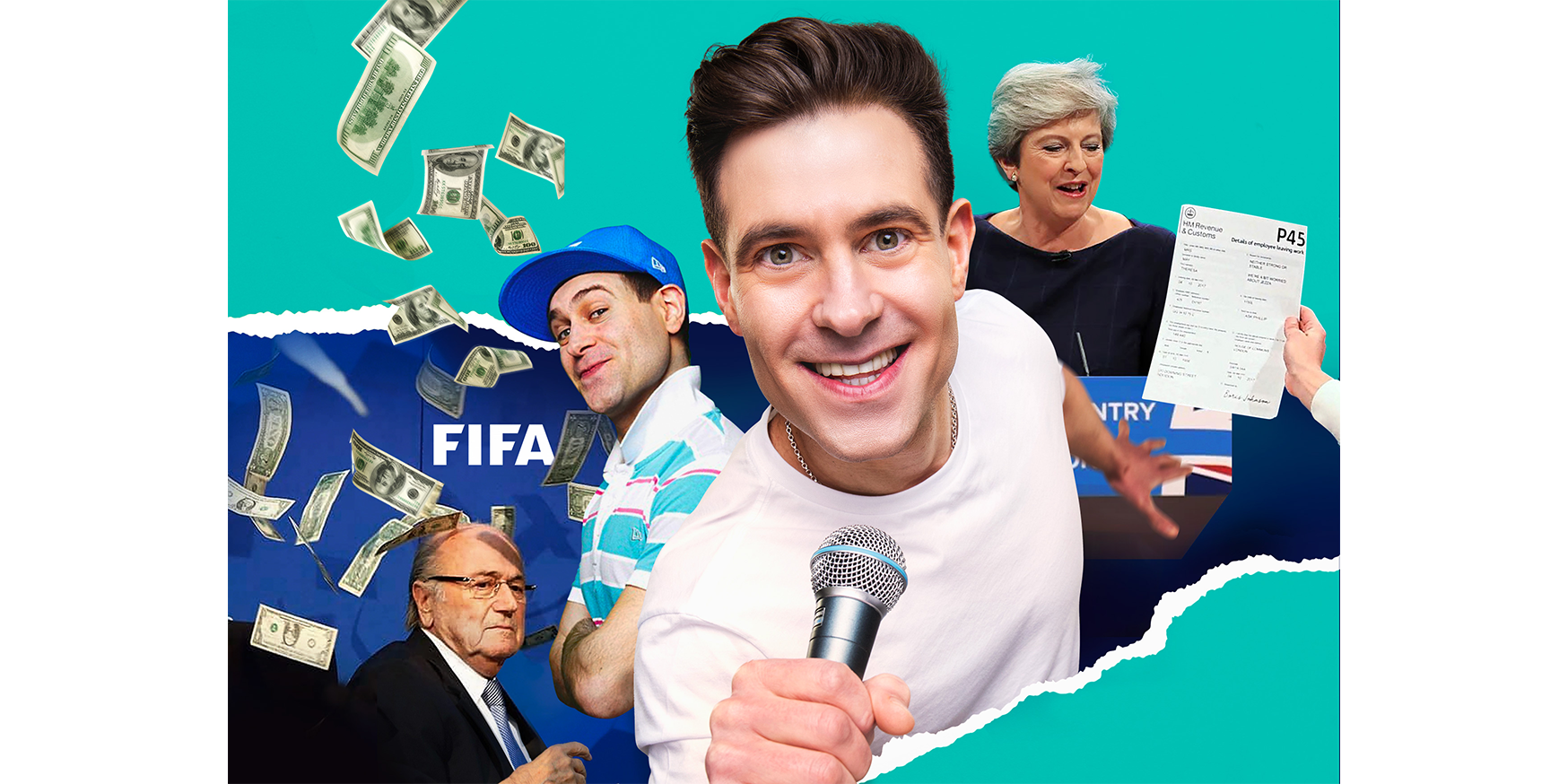 “There aren’t many better comedians to turn to”  ★★★★ The Telegraph

“Get him out” Donald Trump

Due to overwhelming demand, the hugely popular comedian and world-famous prankster Simon Brodkin extends his sell-out UK Troublemaker tour to almost 100 dates. Simon will now be performing his smash-hit show – his first out of character – until April 2022, including three extra dates at London’s Leicester Square Theatre.

Tickets are on sale now and can be found at simonbrodkin.com.

Having showered FIFA president Sepp Blatter with banknotes, upstaged Kanye West on the Pyramid stage at Glastonbury, and handed Theresa May her P45 during her Conservative Party Conference speech, the celebrated comedian comes to terms with the fact that trouble has followed him throughout his life – from primary school through medical school to lockdown homeschool. “The world’s greatest blagger” (The Telegraph) also explores what it’s like to be chased by Donald Trump’s bodyguards, make the police laugh while they arrest you, and be outed as a Jew by the Ku Klux Klan.

Simon’s audacious stunts were documented in Channel 4’s Britain’s Greatest Hoaxer, which was nominated for Best Documentary at the Monte Carlo TV Festival Golden Nymph Awards 2018, and has been watched online more than 40 million times.

Simon performed out of character as himself for the first time in 2019, with his Edinburgh show 100% Simon Brodkin. It was selected by The Guardian and Evening Standard as one of the ‘Best Comedy Shows at the Edinburgh Fringe’.

“Simon Brodkin has finally and gloriously cast off the shackles of Lee Nelson with a sublime piece of daft comedy” ★★★★ Murray Robertson, The List

“100% Simon Brodkin is a welcome evolution” ★★★★ Jay Richardson, The Scotsman

“As a traditional, timeless stand-up show, this hits plenty of bullseyes” ★★★★ Bruce Dessau, Beyond The Joke

“His show proves that Brodkin has no need for the trappings of character to deliver a thoroughly entertaining show”Steve Bennett, Chortle

“Funny, smart and unexpected… this show proves that Simon Brodkin no longer needs to hide behind characters and stunts to be funny”
★★★★ Elliot Gonzales, I Talk Telly