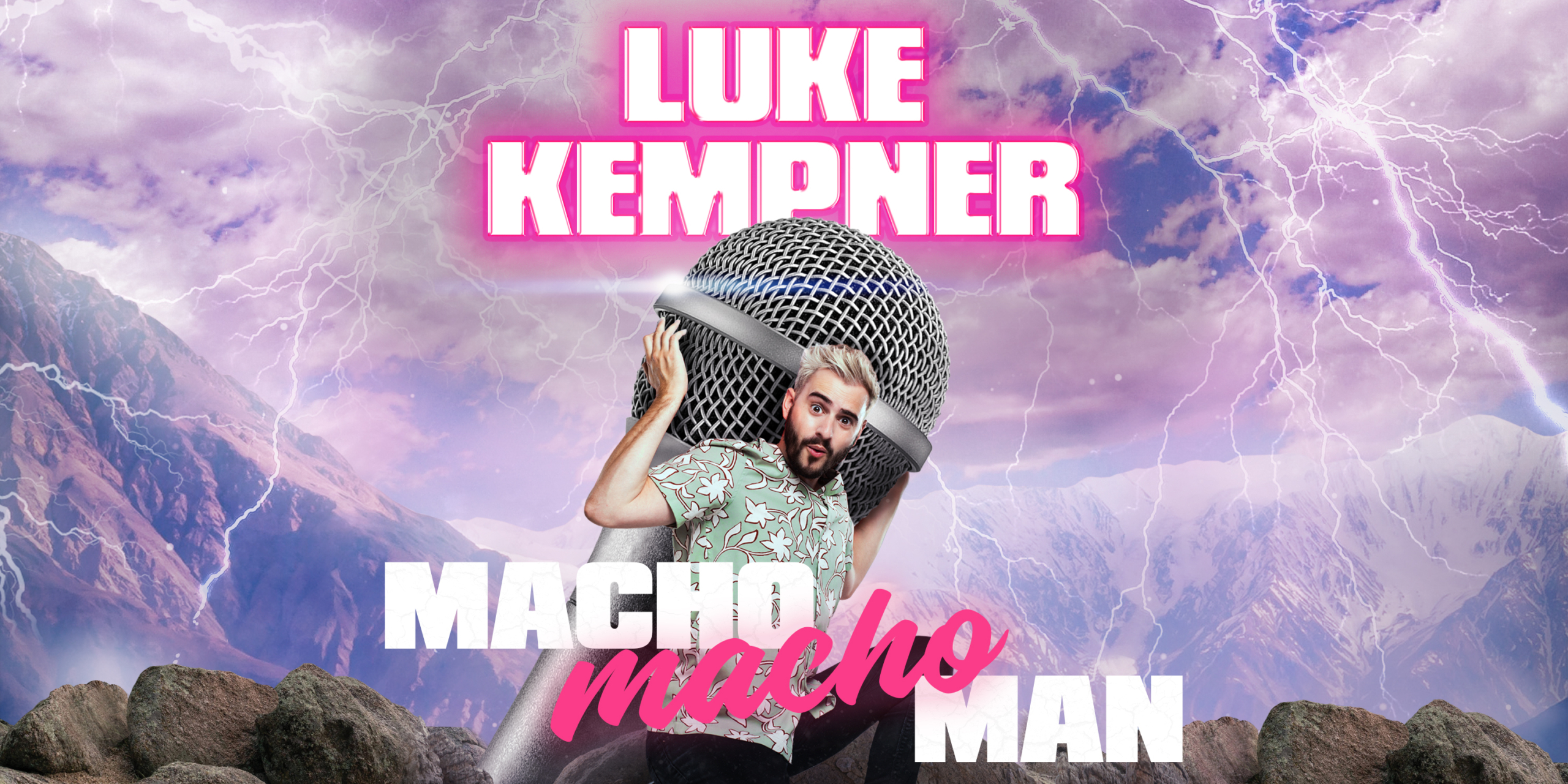 ‘A hugely accomplished impressionist, with the technical skill to jump in and out of a huge range of real-life characters in a beat.’
Chortle

Multi-talented stand-up comedian and impressionist, Luke Kempner is set to take his much-anticipated brand-new show Macho Macho Man on the road in early 2022. This follows his previous show, House of Faces, which sold out at the Edinburgh Fringe and then toured nationwide throughout 2019. Luke is currently part of the new Spitting Image cast (Series 1 & 2, Britbox), voicing around 14 well-known names such as Jurgen Klopp, Piers Morgan, Joe Wicks and Ed Sheeran but for his new show, fans will get to see the man behind the voices.  With 14 dates across the UK, Luke will be kicking off at Birmingham’s Glee Studio on 4th February and finishing at Reigate’s Harlequin Theatre on 23rd April 2022. Tickets are available from 10am on Friday 22nd October from lukekempner.com

Luke is a Macho Macho Man. He came up with the title whilst listening to his Les Mis Album for the 28,000th time. In this brand-new show Luke tries to work out what masculinity really means, with stand-up and impressions from Ru Paul to Piers Morgan and Joe Wicks to Bojo. Everyone at Downton will give Luke advice on becoming a first-time parent and Ted Hastings, Steve Arnott and the rest of AC-12 will help Luke find out who in his friendship group DIDN’T GET A ROUND IN. Louis Theroux will even take Luke through Man-School. Luke struggles to fit in, between turning up to a dance audition in football boots to falling in love with a “cool guy” that sits in the row in front of him at the football. Will Luke ever become the Macho Macho Man he dreams of?

Luke said, ‘I can’t wait to get out of my house! It’s quite scary for my wife to come downstairs and see me dressed as Boris Johnson or Chloe from Love Island so it will be welcome break for her.’

Luke has quickly established himself as the UK’s hottest new impressionist for the millennial comedy generation with his contemporary take on pop culture mimicry, amassing over 10 million views online, through his viral sketch videos ‘Alternative Love Island’ and ‘Alternative Game of Thrones.’  2021 has already seen Luke make appearances on The Last Leg (Channel 4) and ITV2’s Stand-Up Sketch Show and Love Island Aftersun. This follows a busy 2020 for Luke, where he appeared on It Takes Two (BBC2), Celebrity Karaoke Club (ITV2), and became a regular contributor/presenter on Steph’s Packed Lunch (Channel4).  Luke is also familiar to television audiences with his regular appearances in the BAFTA winning Murder in Successville (BBC3), and as the breakout star of The Imitation Game on ITV1, which led to an appearance on The Royal Variety Performance (ITV1). His other credits include Celebability, Hey Tracey (ITV2), Pointless Celebrities (BBC1). Luke created and starred in his own review show for ITV2, entitled Luke Kempner’s Impression of 2015 and was the resident comedian on Celebrity Big Brother’s Bit On The Side (Channel 5) for 9 series. He is also a regular on BBC Radio 4’s topical comedy institutions The Now Show and News Jack.