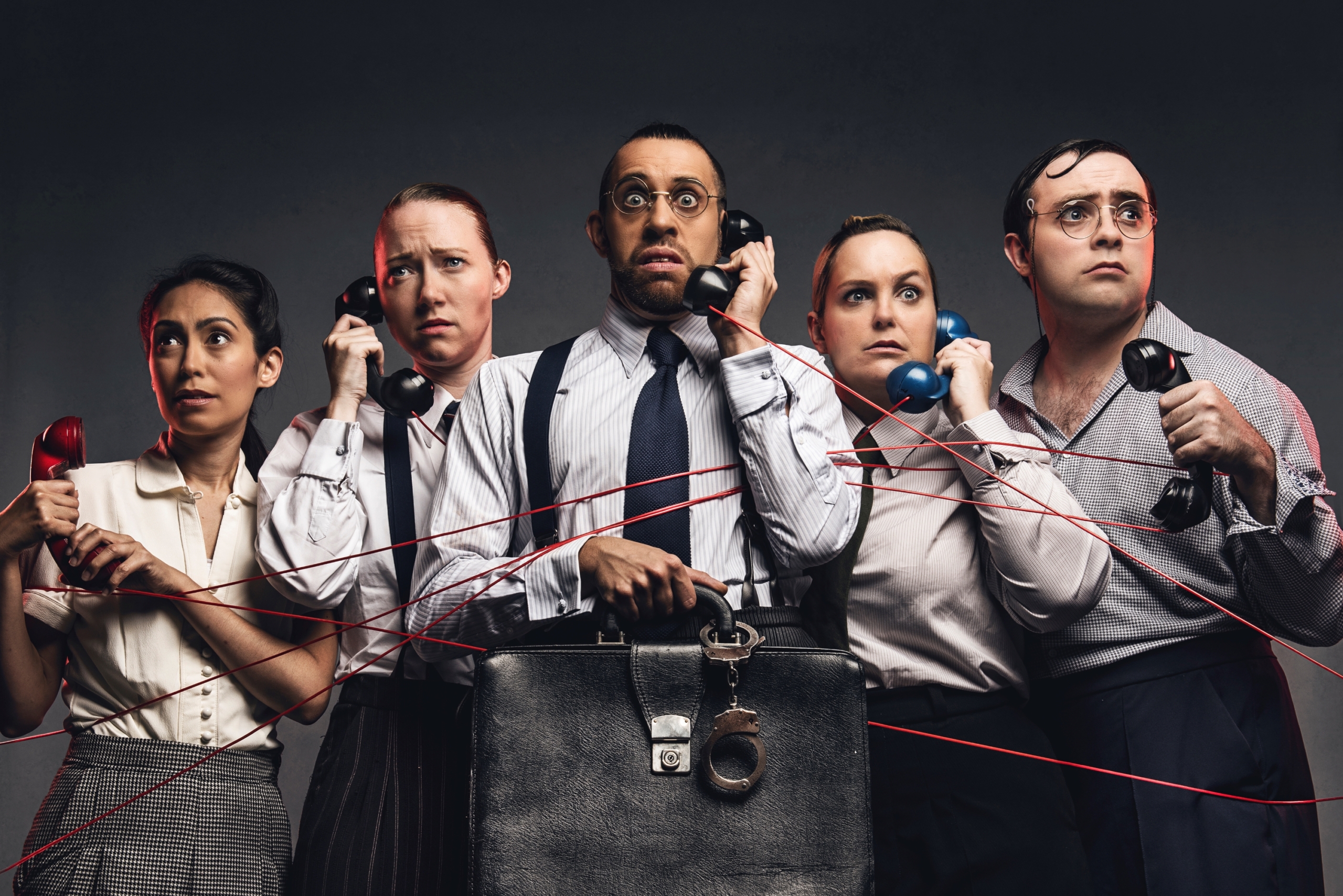 “moving at breathless speed, the five performers take on a dazzling series of gender-switching roles… a Beyoncé-esque assertion of female power in the wartime…excellent performers… There are some big, blowsy shows around in the West End, but this little belter is staging its own audacious invasion plan” ★★★★★
Suzi Feay, Financial Times

“a miraculous musical that tells the entire story in a kind of accelerated farce that is part Mel Brooks, part SIX, part Hamilton with a side order of One Man, Two Guvnors.” ★★★★★
Neil Norman, Daily Mirror

“But whoof! It blew the roof clean off. Hoots and tears welcomed this ingenious, touching musical. Taut lyrics, vintage gags, a wild tale and tunes that followed me out into the night air, in hums and whistles. Perfection… An artisanal masterpiece” ★★★★★
Luke Jones, Daily Mail

“this is the musical you didn’t know you needed — until you see the expert cast of five embracing and racing through a clutch of preposterous yet endearing characters and musical styles, telling a story with delicious precision. Set firmly in the past, this is a little show with a very big future.”
David Benedict, Variety

Tickets for the January/February dates are on sale now here

Following sold-out runs at the New Diorama Theatre in 2019 and Southwark Playhouse in 2020 and September 2021, Operation Mincemeat is back. Having spent lockdown rewriting the show, weeping and eating biscuits, SpitLip have extended the run of this newer, bigger and (somehow) even better version from 14 January through to 19 February 2022.

Commissioned by New Diorama Theatre, co-commissioned by The Lowry. Supported by the Rhinebeck Writers Retreat Additional support from Avalon.

“A finely varied score, and lyrics that shame most big musicals by their dexterousness and ingenuity.” ★★★★
Susannah Clapp, The Observer

“a joyously irreverent show, one that’s both incredibly fun and funny… the punchlines have a terrific hit rate which is pretty much unparalleled in London right now. Pay a visit to the Southwark Playhouse and you won’t regret it – this is an absolute must-see” ★★★★★
Chris Selman, Gay Times

“less a ripping yarn than one entirely torn to shreds…It’s whip-crack rhymes are fast and funny. The script is well-seasoned with smart, silly asides….” ★★★★
Holly Williams, Time Out