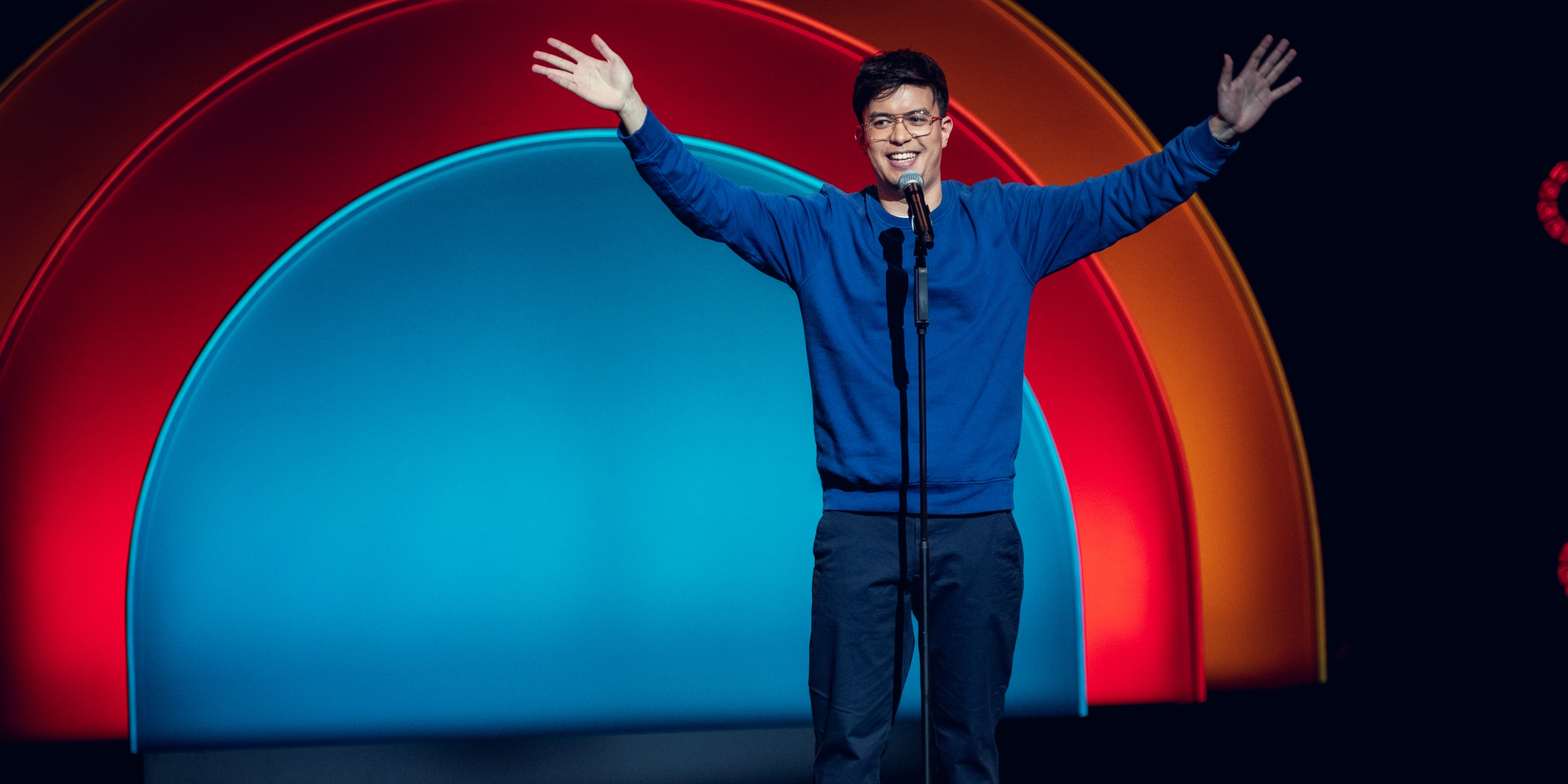 The news arrives shortly before Phil releases his first book Sidesplitter: How To Be From Two Worlds At Once through Hodder on the 16th September. In this combined comic memoir and observational essay, one of the UK’s most exciting stand-up comedians reflects on his experiences as a Eurasian man in the West and in the East. Phil was born in Stoke-on-Trent, raised in Malaysia, and then came of age in Bath – ‘a spa town for people who find Cheltenham too ethnic’.

After selling out an entire month-long run at the Edinburgh Festival Fringe in advance of it opening and subsequently four extra shows including a gig at the 750-seater Pleasance Grand, a run at the Melbourne International Comedy Festival and the first leg of his biggest nationwide stand-up tour to date plus two London Palladium shows, Phil embarks on his rescheduled (due to the coronavirus) tour extension this Autumn. From 2nd September Phil is set to bring Philly Philly Wang Wang to theatres nationwide culminating with two performances at The Lowry in Salford on the 3rd October.

Tickets are on general sale now at philwang.co.uk

Phil has appeared on countless shows including hosting Live at the Apollo (BBC2), Have I Got News For You (BBC1), QI (BBC2), Would I Lie to You? (BBC1), 8 Out of 10 Cats Does Countdown (C4), Roast Battle (Comedy Central), Drunk History (Comedy Central), The Great British Bake Off: Extra Slice (C4) and appeared as a regular guest throughout series 7 of Taskmaster (DAVE). Previously, Phil recorded a fifteen-minute stand-up special for Netflix as part of The Comedy Lineup, one of only two non-US acts in the series. He has also written and starred in his own Radio 4 special, Wangsplaining which won Best Scripted Comedy (Longform) at the 2020 BBC Audio Awards, and in two series of Daphne Sounds Expensive for Radio 4 with his Foster’s Newcomer Award nominated sketch trio, Daphne. He has just launched an original audio series on Audible called Phil Wang Hates Horror, co-hosts the hit podcast BudPod, and recently presented an episode of Radio 4’s Archive Hour entitled Disorienting.

Phil Wang: Philly Philly Wang Wang has been commissioned by Netflix.  The 60” special is produced by Avalon and Executive Produced by Jon Thoday, Richard Allen-Turner, Phil Wang and Julien Matthews.

Other landmark Avalon shows include BAFTA winning and multi Emmy nominated Catastrophe (Amazon Prime Video/Channel 4), Fantasy Football League (BBC/ITV), multi BAFTA-winning TV Burp (ITV), and Workaholics (Comedy Central USA). Avalon also distributes its catalogue of programmes to over 150 countries worldwide.  Avalon has produced many globally successful podcasts and is at the top of the UK iTunes chart with the multi-award-winning Shagged. Married. Annoyed by Chris and Rosie Ramsey. As a leading promoter of live comedy, Avalon produced Newman and Baddiel: Live at Wembley, the UK’s first arena comedy show; Jerry Springer: The Opera, the first West End show to win all four UK ‘Best New Musical’ awards; and has continued to produce and promote live shows globally, as well as promoting more winners and nominees of the prestigious Edinburgh Comedy Award than any other company.  For Avalon news visit: www.avalonuk.com/press or follow @avalonent.