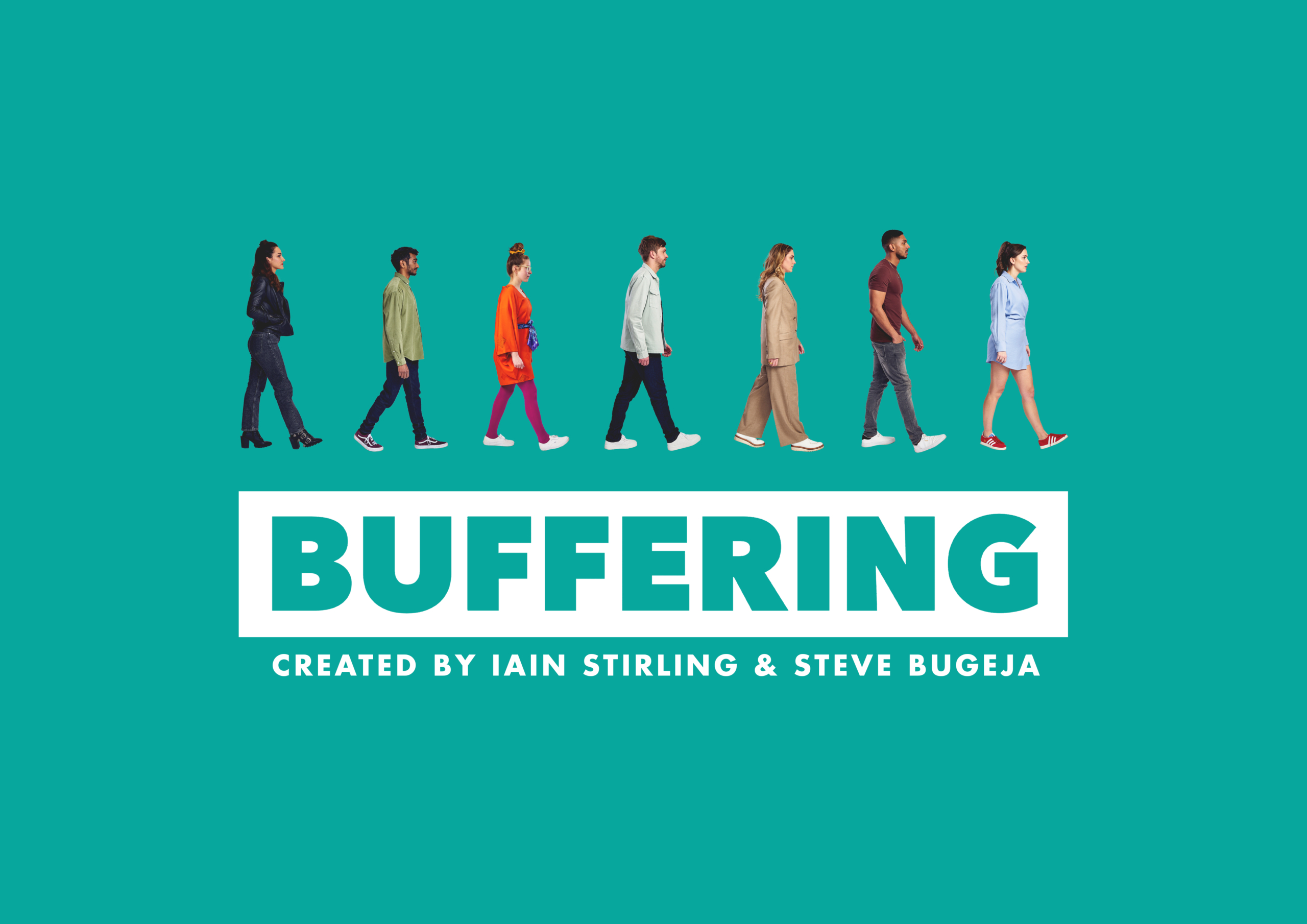 Buffering follows Iain (Iain Stirling), a children’s TV presenter with an aversion to kids and in an up and down relationship (mainly down) with TV producer Olivia (Elena Saurel – Around the World in 80 Days, Killing Eve, Gold Digger). Iain’s housemates Rosie (Jessie Cave – Harry Potter, Trollied, Black Mirror),Greg (Paul G Raymond), Ashley (Rosa Robson – The Offenders, Inside No. 9) and Thalia (Janine Harouni – Modern Horror Stories, Patrick Melrose, Stand-Up Sketch Show) alongside Ashley’s old flame Robbie (Sean Sagar– Fate: The Winx Saga, The Gentleman, Our Girl), are all navigating that age where they’re too old for nightclubs but too poor for mortgages. Part of a generation who are told they must live the perfect life, these friends discover it’s not only ok but healthy to fail, over and over again.

Buffering has been commissioned for ITV2 by Paul Mortimer, ITV’s Head of Digital Channels and Acquisitions and Nana Hughes, ITV’s Head of Scripted Comedy.  The series is a Comedy 50:50 production with Eleanor Tiernan and Christine Robertson co-writing some episodes. Produced by Avalon and Executive Produced by Richard Allen-Turner and Jon Thoday.

For more information, please contact Victoria Wedderburn on VWedderburn@avalonuk.com or Perrine Davari on PDavari@avalonuk.com at Avalon or Janice Troup on Janice.Troup@itv.com or Gary Smith on Gary.Smith@itv.com at ITV