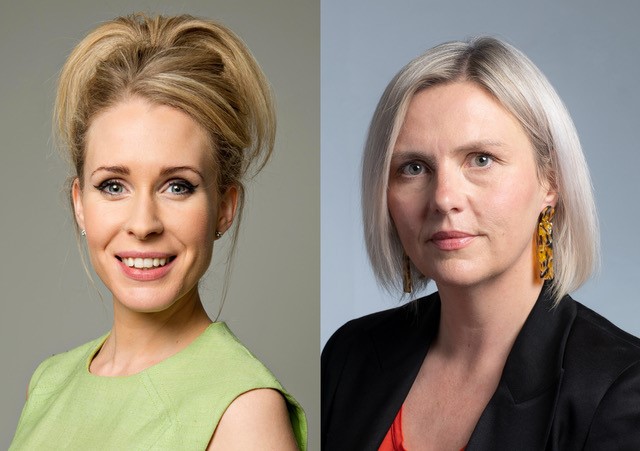 The 6 x 30’ series is produced by Fable Pictures

Channel 4 has commissioned a brand-new, hull-arious series, Hullraisers (6 x 30’) from Hull’s very own Lucy Beaumont (Meet the Richardsons, To Hull and Back, Live at the Electric), written by Lucy Beaumont and Anne-Marie O’Connor (Trollied, Mum) and produced by Fable Pictures (Rocks, Wild Rose, Anne Boleyn).

Hullraisers celebrates female talent, both on and off screen in a laugh-out- loud, chaotic comedy that embodies the ups and downs of life, friendship, and family.  The series centres on three women; Toni, played by Hull-native Leah Brotherhead (Bridgerton, White Gold), Rana, played by Taj Atwal (Line of Duty, Truth Seekers) and Paula, played by Sinead Matthews (The Crown, The Power) and looks at their disheveled, messy and joyful lives. The series explores the hilarious and agonising reality of what it is to be a working-class woman juggling work, kids, demanding friends, family and frustrating parents from the school playground – all whilst trying to have some fun too.

Toni is a big-hearted tornado of chaos.  She’s a self-described actress with no acting jobs (she can currently be found ‘auditioning’ to hand out cheese samples in a supermarket car park). She adores her 4-year-old daughter Leah and her soulmate Craig, but she still dreams of escaping Hull and craves her old life. Like many of us, she’s caught between being the person she once was and the person she’s becoming.

Toni’s bestie is Rana, a confident policewoman who’s daily life is ruled by her libido. She would rather date the full spectrum of Hull’s most disappointing bachelors than think about settling down. Completing the trio is Paula, Toni’s self-deprecating, down-to-earth matriarchal older sister who married her childhood sweetheart Dane, Rana’s big brother. She’s always been the polar opposite of Toni: she’s never imagined being anywhere other than Hull, she doesn’t approve of Rana’s irresponsibility, and just can’t understand Toni’s unsettledness and constant need for more.

Hullraisers has been adapted from the Israeli hit show, Little Mom, which has been recommissioned for its fifth series, and is exclusively distributed worldwide by Dori Media.

Writer Lucy Beaumont said: “It’s an absolute privilege and honour to be working with one of the most talented and dynamic production companies in the UK, and Channel 4, who are absolutely killing it with comedy that raises the bar and pushes boundaries. I’m so excited about showing the world these true Hull characters and the city that has moulded them – a city that has kept its talent and attributes hidden for too long!”

Hannah Farrell/Faye Ward from Fable Pictures said: “We’re so excited to be making this with Lucy and Anne-Marie. Their scripts capture a version of family life we just don’t see enough on TV – Hullraisers puts the focus on working class women, their friendships and the lengths they go to to keep the show on the road! And with Lucy being Hull through-and-through, we hope Hullraisers will be a fitting tribute to the city, its people, and their incredible sense of humour. We feel especially lucky to be working with Leah, Sinead and Taj – three comedic powerhouses! – and to have the brilliant Ian Fitzgibbon bringing these scripts to life.”

Jack Bayles, Commissioning Editor, Channel 4 said: “This is a show with huge heart and a joke rate to match the feels. Led by a trio of wonderfully drawn female characters, we really hope viewers will fall in love with them as much as we have across scripting. We’re thrilled to be working with Lucy, Anne-Marie and the super-talented gang at Fable – and can’t wait to dive into the shoot”.

Hullraisers has been commissioned for Channel 4 by Head of Comedy, Fiona McDermott and Commissioning Editor, Jack Bayles. The series is co-written by Lucy Beaumont and Anne-Marie O’Connor. Fable Pictures will produce the series with Faye Ward and Hannah Farrell (Rocks, Wild Rose, Anne Boleyn) serving as Executive Producers. The series is produced by Lisa Mitchell (Horrible Histories, The Mimic), Directed by Ian FitzGibbon (Damned, Raised by Wolves) and distributed by Sony Pictures Television. The series is set to commence filming in Hull and Leeds this summer.

Fable Pictures is a boutique television and film production company spearheaded by Creative Directors Faye Ward and Hannah Farrell with backing from Sony Pictures Television. The ethos of Fable Pictures is to discover and tell stories with a fresh and distinctive eye.

The company’s television drama Anne Boleyn was broadcast on Channel 5 this month. Written by Eve Hedderwick Turner and directed by Lynsey Miller, the show starred Jodie Turner-Smith and reframed the famous story as a thriller from Anne’s perspective.

Founded in 2000, Yoav Gross Productions is the company behind some of Israel’s most successful TV shows with additional worldwide success, including “The Good Cop” for “Netflix” and “Uri and Ella” which was acquired by HBO-MAX. The company also stands behind other successful productions such as “Manayek”, and the darkly comic series “Nehama” which was acquired by TOPIC and Canal+.