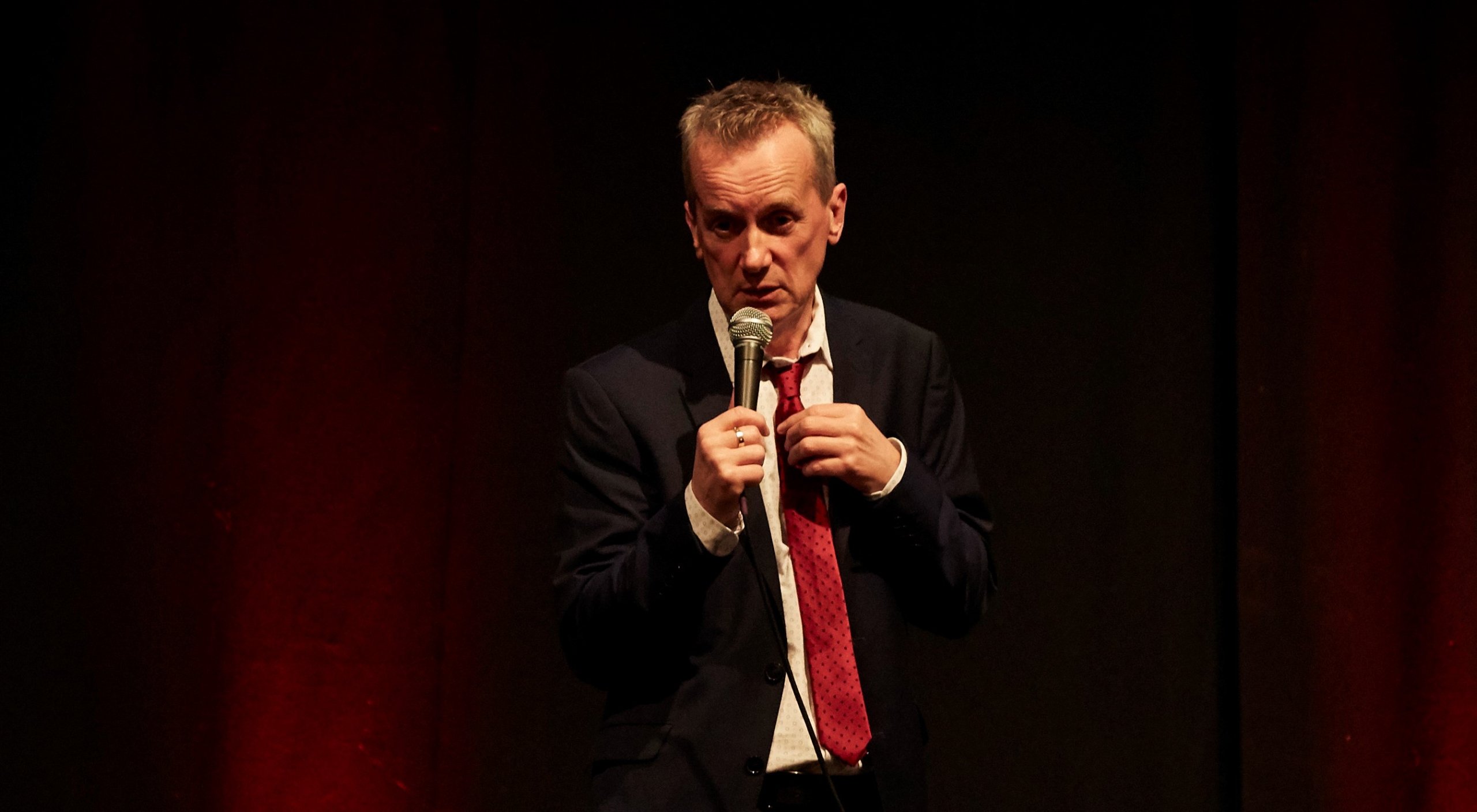 At the start of 2020, Frank Skinner had been entertaining audiences at his completely sold out five-week run of Showbiz at the West End’s Garrick Theatre and was set to take his critically acclaimed show back on the road nationwide. But due to Covid restrictions and ‘Freedom Day’ being delayed, six of Frank’s rescheduled June and early July dates are yet again having to be moved to the autumn. Showbiz will now be kicking off on 21st July at Lincoln’s Engine Shed and include two performances in his hometown Birmingham at The Alexandra Theatre on 22nd and 23rd July. Performances at Plymouth Pavilions, Halifax Victoria Theatre, Leicester De Montfort Hall, Poole Lighthouse, Bath Theatre Royal and Northampton Royal & Derngate will move to October.  A full list of Frank’s rescheduled dates can be found at www.frankskinnerlive.com

In 2019, Frank sold out a 45-date national tour with Showbiz, as well as sold-out runs at London’s Leicester Square Theatre and the Edinburgh Fringe.  In April 2020, Frank launched the critically acclaimed Frank Skinner’s Poetry Podcast with a third series that started in May, as well as releasing a book in the autumn of 2020 entitled How to Enjoy Poetry and more recently A Comedian’s Prayer Book in April of this year.  He also starred in Sky Arts critically acclaimed series Boswell & Johnson’s Scottish Road Trip following the journey undertaken by the two literary greats.

More of what the press said about Showbiz…

“He’s clearly lost none of his mojo ”

Away from the stage, Frank’s TV credentials in 2018 included writing and starring as Johnny Cash in Johnny Cash & the Ostrich - a one-off special forming part of the successful Urban Myths series airing on Sky Arts, as well as hosting a seventh series of BBC1’s Room 101.

As England made their World Cup run in summer 2018, the iconic football anthem Three Lions, written by Frank alongside David Baddiel and The Lightning Seeds, topped the singles chart for a fourth separate time – the first time a single has ever reached number one on four separate occasions with the same artist line-up.