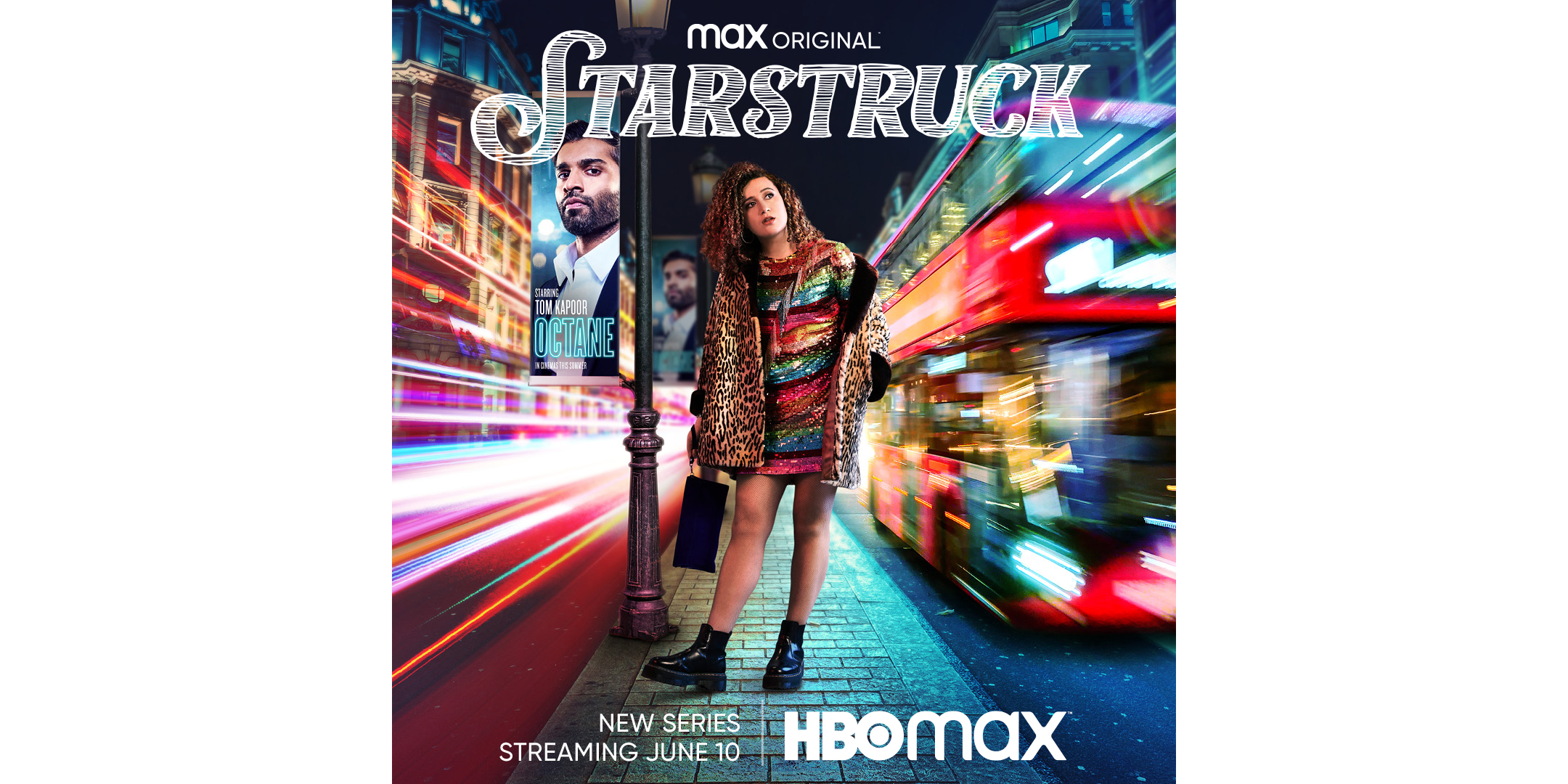 SEASON ONE OF THE MAX ORIGINAL AVAILABLE FOR STREAMING NOW

As season one debuts today, HBO Max has renewed the Max Original series, STARSTRUCK, from comedian Rose Matafeo (“Baby Done,” Horndog”) and co-writers Alice Snedden and Nic Sampson, for a second season. Hailed as a “charmer” by The New York Times and ”a cotton-candy confection . . . marked by sweetness and levity that once you’ve finished, you’ll be devastated there isn’t more,” by Pajiba, STARSTRUCK follows Jessie (Matafeo), a millennial living in East London juggling two dead end jobs and navigating the complications of becoming romantically involved with famous film star “Tom” (Nikesh Patel), and follows the couple as they realize they can’t keep away from each other. The season two ensemble cast also includes Minnie Driver (“Good Will Hunting”) and Russell Tovey (“Years and Years”). Season one debuts today on HBO Max.

“Rose is an exciting talent whose international stardom is on the rise,’ said Jeniffer Kim, Senior Vice President of International Originals at HBO Max. “Working with Rose and the team at Avalon has been amazing and so we had to keep it going. We can’t wait for audiences to see this hilarious and quirky love story.”

“I’m thrilled that Starstruck will be returning for a second series in the US on HBO Max. I hope American audiences like my accent as much as I like speaking in it” said creator and writer of STARSTRUCK, Rose Matafeo.

“It is brilliant to have the backing of HBO Max for the exceptionally talented Rose Matafeo and this feel-good comedy,” said executive producer Jon Thoday.

A regular face on screen, January saw Rose star in the feature film “Baby Done” From Taika Waititi, while she has featured on BAFTA winning “Taskmaster” (Ch4), “Have I Got News For You” (BBC One), “The Royal Variety Performance” (ITV 1), “Unspun with Matt Forde” (Dave), “Ultimate Worrier” (Dave), “Hypothetical” (UKTV), “The Great British Bake Off: An Extra Slice” (Channel 4), “The Last Leg” (Channel 4), and performed on “Conan” (TBS). Rose has acted in BBC Two’s “W1A,” BBC Three’s “Pls Like and Climaxed,” and E4’s “Dead Pixels,” while she wrote and starred in the three-part series “Rose Matafeo: Temp” for Channel 4’s Comedy Blaps.

In the U.S., she also performed a stand-up slot on “Conan” (TBS). In New Zealand, Rose is the lead writer and star of the sketch show “Funny Girls” (TV3), which is in its third season, and she is a regular on panel show “7 Days” (Three Now NZ). She also starred in the feature “Baby, Done” (Piki Films). She is also co-host of podcast “Boners of the Heart with Alice Snedden.”

Other landmark Avalon shows include BAFTA winning and multi-Emmy®-nominated “Catastrophe” (Amazon Prime Video/Channel 4), “Fantasy Football League” (BBC/ITV), multi BAFTA-winning “TV Burp” (ITV), and “Workaholics” (Comedy Central USA). Avalon also distributes its catalogue of programs to over 150 countries worldwide.  Avalon has produced many globally successful podcasts and is at the top of the UK iTunes chart with the multi-award-winning “Shagged. Married. Annoyed” by Chris and Rosie Ramsey.