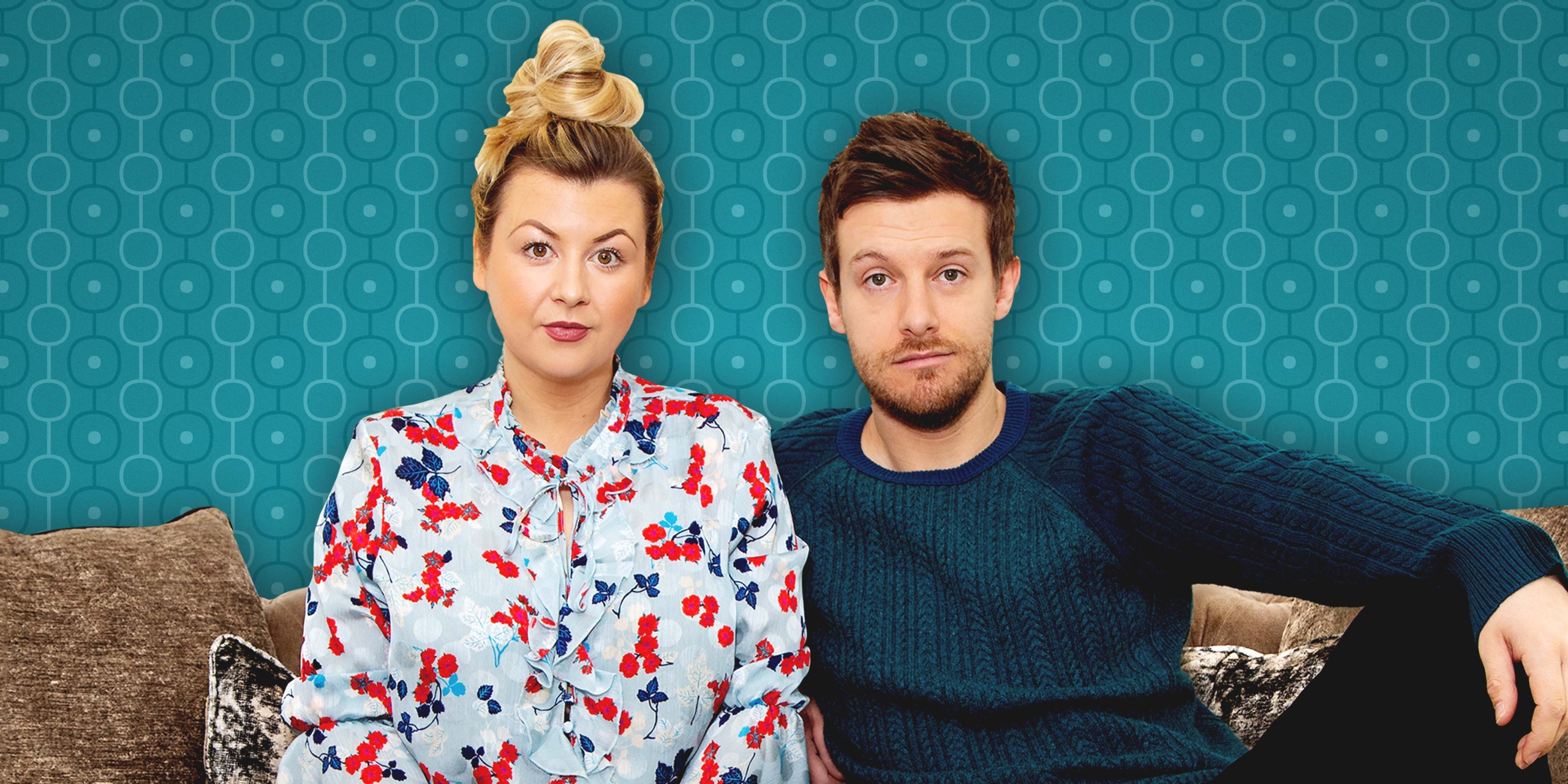 After having to reschedule their sold out, record-breaking first ever live Sh**ged. Married. Annoyed. podcast shows due to the pandemic, and with overwhelming demand from their SMA fans, Chris & Rosie Ramsey will be adding over 110,000 extra tickets across nine more arenas nationwide in 2021, (that’s now 12 arenas under their belt).  The live shows will now include a night at London’s O2 Arena on 30th November as well as playing to audiences at newly added arena dates in Manchester, Leeds, Liverpool and Nottingham throughout December.  With restrictions not being lifted til mid-June, the shows that were due to kick off in May are now being moved to the autumn starting with two shows at the Edinburgh Playhouse on 5th September, a night at London’s iconic The SSE Arena, Wembley on 13th September and a West End performance at the prestigious London Palladium on 26th September. Chris & Rosie will also be playing in their hometown of Newcastle’s Utilita Arena on newly rescheduled dates of 8th and 9th September – the venue which sold out last year, breaking the record for the world’s biggest live podcast show ever.  Based on the award-winning, smash hit podcast, which launched in early 2019, Sh**ged.Married.Annoyed. regularly hits no.1 in the download charts and has reached over a whopping 66 million downloads worldwide to date and recently celebrated its milestone 100th episode.  Tickets go on general sale on Friday 30th April at 10am, with an exclusive fan pre-sale on Thursday 29th April at 10am for those signed up to the official mailing list at www.shaggedmarriedannoyed.com

In the same vein as their weekly chart-topping podcast, Chris & Rosie will be chatting all about life, relationships, arguments, annoyances, parenting, growing up and everything in between, but all in front of a live audience.

Chris & Rosie said, “When we first announced the tour we were so excited to get out of our house and out on the road to perform for all the fans… the pandemic has increased this excitement to levels that are actually a bit frightening. There is a chance we will both just spontaneously combust the moment we finally get on stage. WE. CAN. NOT. WAIT. FOR. THIS.”

As well as the live shows and an award-winning, chart topping podcast which won both the Global Best Podcast award and the British Podcast Listeners’ Choice Award in 2020, their very first book together based on the podcast – Sh**ged. Married. Annoyed. by Chris & Rosie Ramsey made the Sunday Times No1 Best Seller in the first week of release in autumn 2020.

Chris has also hosted The One Show (BBC1), Stand Up Central (Comedy Central) I’m a Celebrity: Extra Camp (ITV2) and Virtually Famous (E4), as well as performing on the Royal Variety Performance (ITV), Live at the Apollo (BBC1) and as a regular on Celebrity Juice (ITV2).  He also starred as Jack in two series of the critically acclaimed sitcom Hebburn (BBC2), co-starring Vic Reeves and alongside Rosie on Married to a Celebrity and Parenting for Idiots (Channel 4).

Rosie’s additional on-screen credits include interviewing WWE Superstar John Cena and Hollywood actor Lesley Mann for The Chris Ramsey Show on Comedy Central.  She has also co-hosted the drive-time show on Capital Radio in the North East, MC’d and performed at a huge number of live events as well as sharing the stage and duetting with global pop megastar Ed Sheeran.  Most recently, Rosie has amassed an army of followers on Instagram due to her hilariously real and brutally honest depiction of her everyday life through her Instagram stories and Vlogs.  She has also toured the UK and overseas in various theatre and musical productions throughout her career; singing, dancing and acting as well as starring in a TV sitcom pilot for My Life Productions and on The Sara Cox Show (ITV).