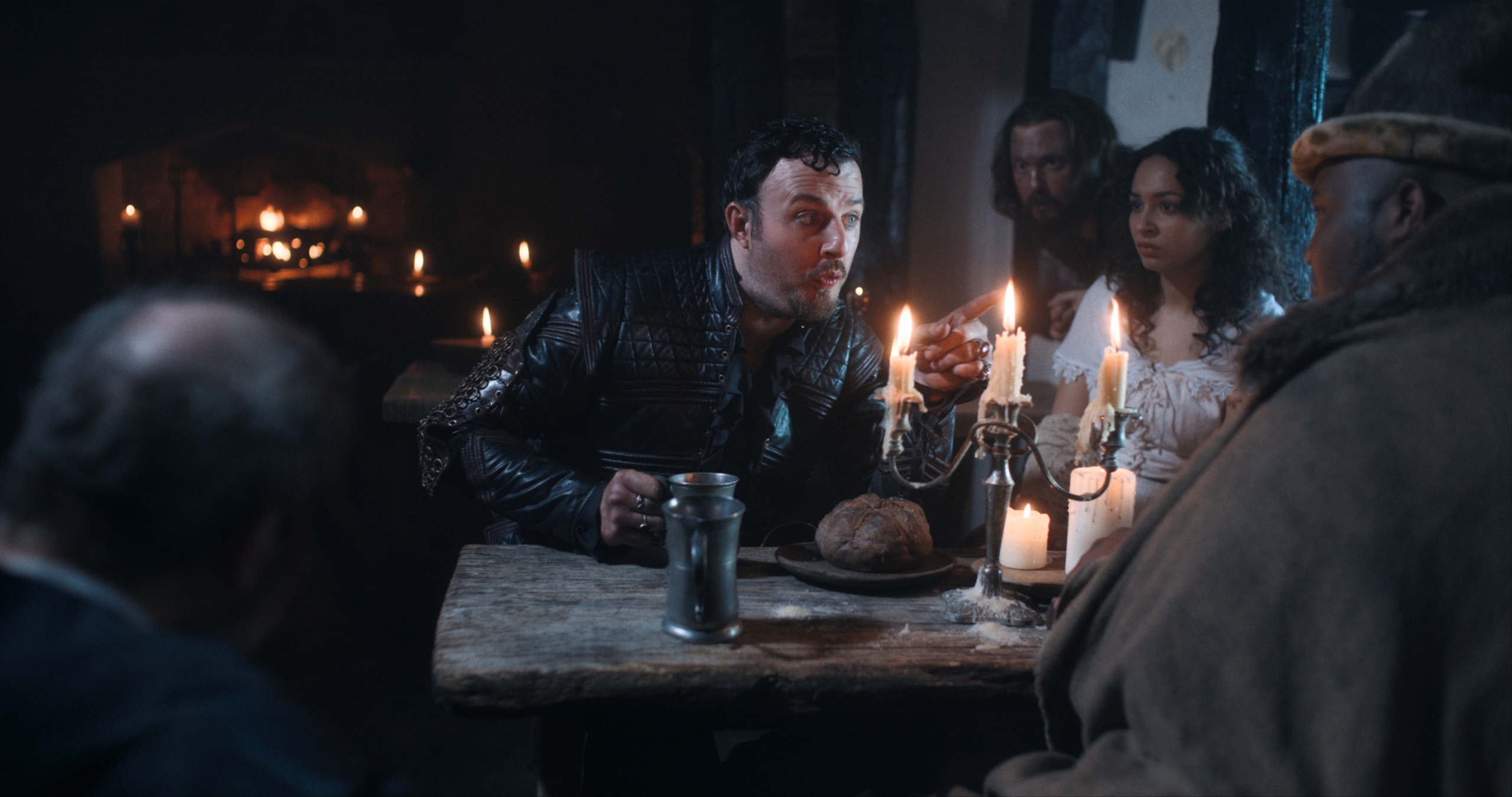 “gleefully Fringey late-night nonsense: nonsense sustained, it should be said, by deceptive quantities of craftsmanship behind all the loopy swordfighting, sweaty singing, liberty-taking crowdplay and parodic storytelling” ★★★★
Dominic Maxwell, The Times

“surprisingly seductive… comedy of the most ridiculous variety” ★★★★
Brian Logan, The Guardian

“hilarious character comedy… a higher rate of laughs per minute than anything else you’re likely to see” ★★★★
Tristram Fane Saunders, The Telegraph

Winner of the Edinburgh Comedy Award for Best Newcomer Ciarán Dowd has adapted his critically acclaimed live show Don Rodolfo into a television short for the screen, airing at 10.00pm on Thursday 22nd April on BBC Two. Co-written with Tom Parry (Pappy’s, Badults), the ten-minute short is directed by Tom Marshall (Ted Lasso, Chewing Gum, Famalam) and produced by Avalon.

Don Rodolfo is a total butthead, a shameless libertine and the greatest swordsman the world has ever seen. Now barricaded inside a remote tavern, surrounded by the Catalan army and facing almost certain death, Rodolfo has ten minutes to drink a bottle of Valdepañas and tell his epic tale…

This opening chapter will see Ciarán reprise his award-winning character alongside Jayde Adams (Good Omens, Alma’s Not Normal), Ariyon Bakare (His Dark Materials, Rogue One) and Abbie Hern (The Twilight Zone, The Pact).

Coming off the back of two sell-out Fringe shows in 2018 and 2019, successful runs at Soho Theatre and a nomination for Breakthrough Act at the 2019 Chortle Awards, Don Rodolfo will add to broadcast credits for Ciarán including Stephen Merchant’s Fighting With My Family (Film4), Romesh Ranganathan’s The Reluctant Landlord (Sky), Keith Lemon: Coming in America (ITV2),  Josh (BBC1), GameFace (E4/Hulu), and Zapped (Dave), and he has made the most guest appearances on Drunk History (Comedy Central). Ciarán was also a member of the critically acclaimed sketch group BEASTS, whose sell-out shows were among the top reviewed at the Edinburgh Fringe in 2014, 2015 and 2016.

Produced by Avalon, Don Rodolfo Is directed by Tom Marshall (Ted Lasso, Chewing Gum, Famalam). It was commissioned by Shane Allen, Director of BBC Comedy. The Executive Producers are Richard Allen-Turner, Rob Aslett and Jon Thoday. The Commissioning Editor for the BBC is Gregor Sharp

“a hoot from tee to green… Dowd’s show is a real crowdpleaser. One of those late night gems at the Edinburgh Fringe that is well worth staying up for.” ★★★★
Bruce Dessau, Beyond The Joke/Evening Standard

“sublimely silly… as rapier-sharp and surprising as anything you’ll see this year” ★★★★
Gayle Anderson, The Herald

“a rollicking tale, borne on the ebullient Dowd’s roistering turn as the protagonist… a tremendously entertaining first solo show” ★★★★
Jay Richardson, The Scotsman