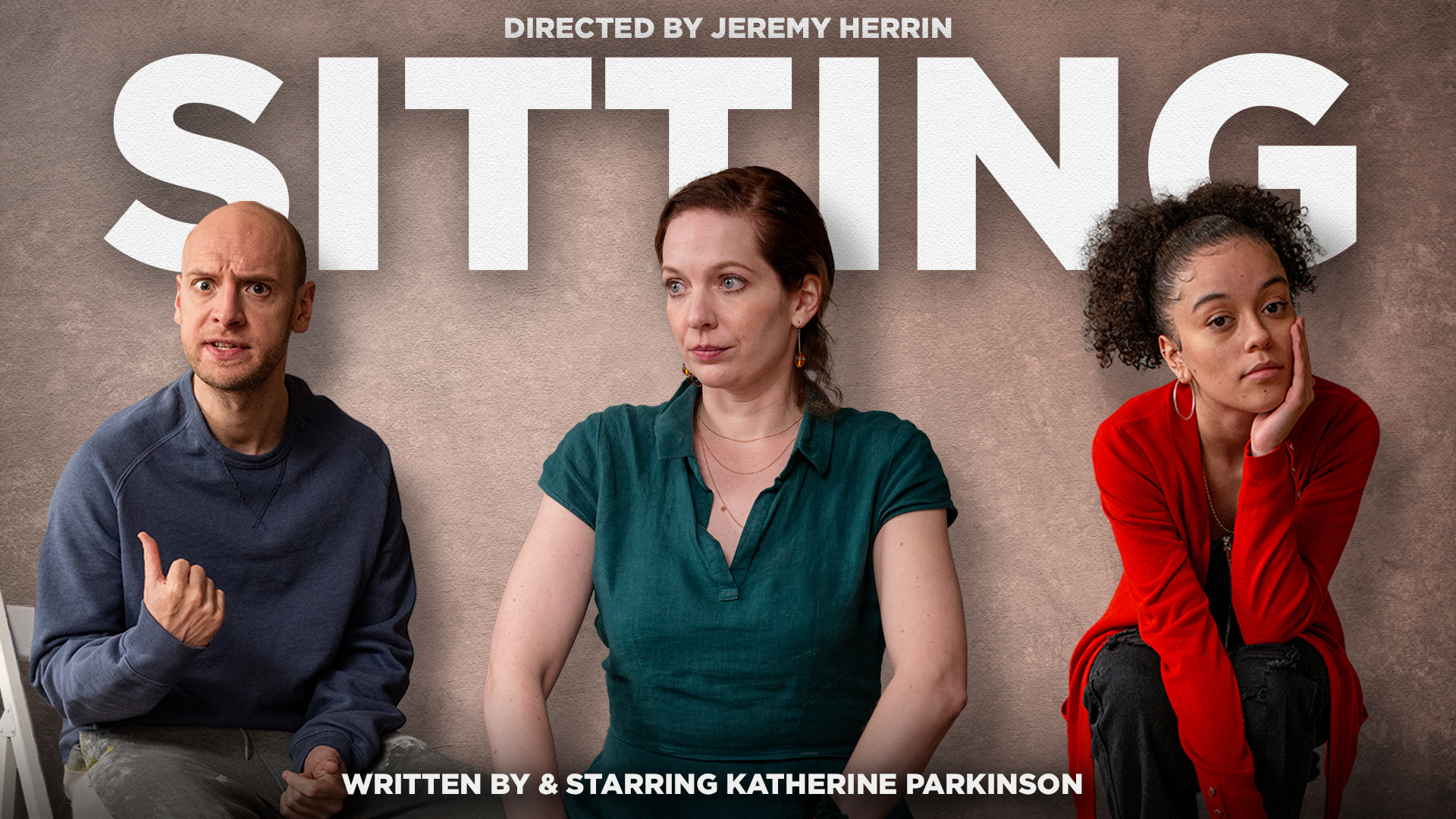 “art models reveal all in Katherine Parkinson’s smart debut…[she] delicately reveals connections that, by the end, give the play a wistful emotional weight” – Stage review
Mark Fisher, The Guardian

Starring Parkinson for the first time, the one-off special follows three characters as they sit for a silent painter. In these sittings, ‘Luke’ (Mark Weinman – I May Destroy You, After Life), ‘Cassandra’ (Alex Jarrett – Les Misérables, Adult Material) and ‘Mary’ (Parkinson) reveal truths in a play about love, loss and the importance of human connection.

Parkinson made her debut as a playwright with Sitting at the Edinburgh Festival Fringe as part of a BBC Arts and Avalon playwright’s initiative, with the play subsequently transferring to London’s Arcola Theatre.

Sitting was commissioned for the BBC by Jonty Claypole. It is produced by Avalon with Jon Thoday and Richard Allen Turner as Executive Producers.

What The Press Said About Parkinson’s Stage Play, Sitting

The BBC is the biggest creator of Arts content and is Britain’s creative partner – a stage for the nation to experience the very best arts – when they want, how they want.

About Culture In Quarantine

BBC Arts’ Culture in Quarantine initiative is an essential arts and culture service across BBC platforms that will keep the arts alive in people’s homes, focused most intensely across BBC Radio 3, BBC Radio 4, BBC Two, BBC Four, BBC Sounds, BBC iPlayer and www.bbc.co.uk/bbcarts. We are doing this in close consultation and collaboration with organisations like Arts Council England and other national funding and producing bodies.

This arts and culture service includes: