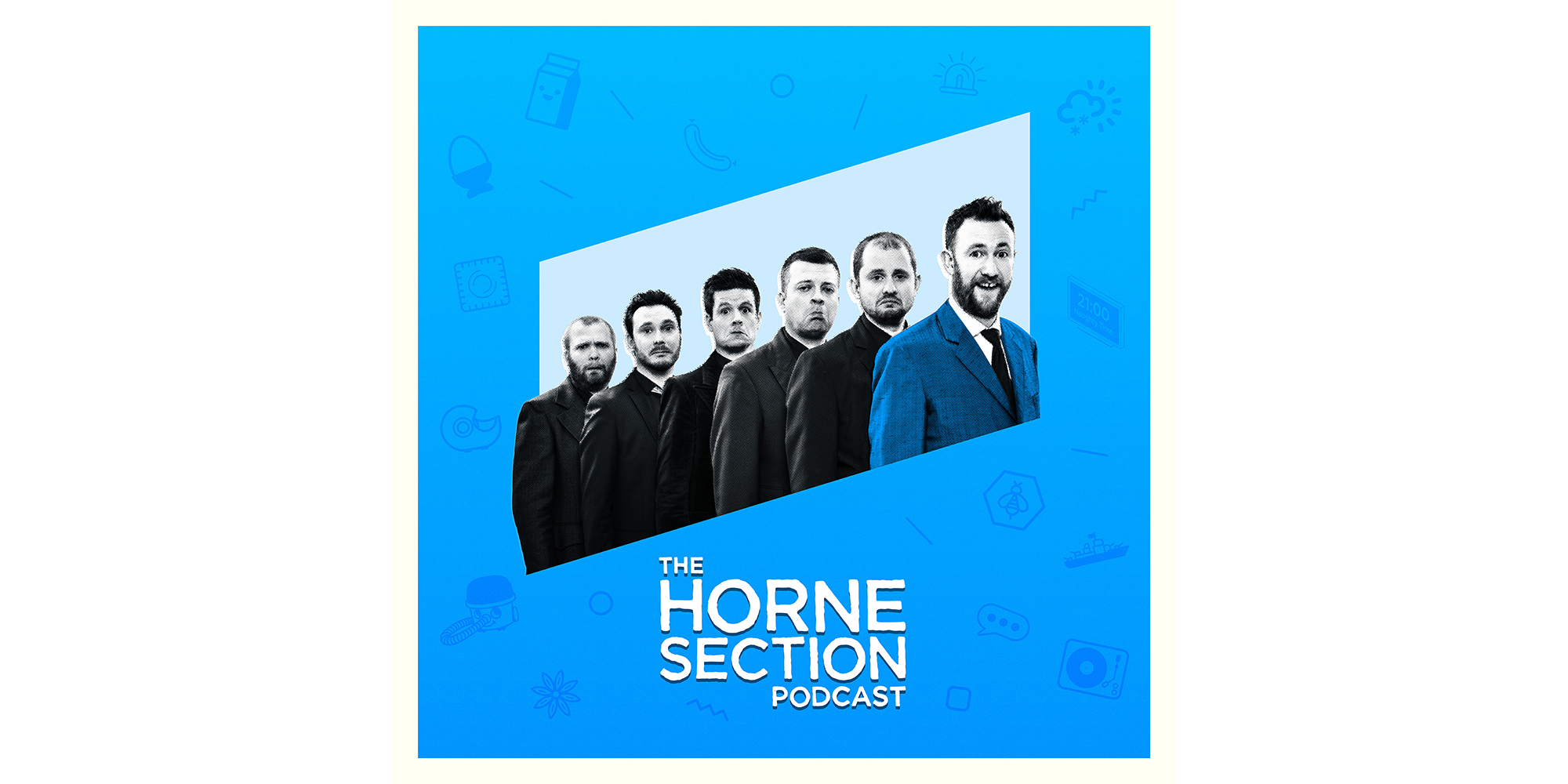 LONDON – 16th March 2021 – Unruly, ridiculous, and surprisingly satisfying, the six-headed comedy band The Horne Section launch a brand-new series of their chart-topping podcast The Horne Section Podcast. For the first time ever, the band will live stream an episode at 8pm on Friday 2nd April, tickets can be found on Dice online here.

The live streamed show of the iTunes comedy chart topping No 1 podcast, and Shortlists’ Best Comedy Podcast will be interactive, inviting ticket buyers to send song requests, and any burning questions for the mischievous melody makers, using the hashtag #HorneSectionRequests.

The brand-new series is also set to feature special guests Nina Conti (Live At The Apollo, BBC One), Rachel Parris (The Mash Report, BBC Two), and Jessica Knappett (Judge Romesh, Dave) among many more who will join in the band in the basement for musical mayhem, whimsical games, and plenty of laughs. Having previously featured Robbie Williams recording a brand-new version of Angels, Reggie Watts, Sir Chris Hoy, and Greg Davies, expect a mixture of toe-tapping tunes, exceptional musicality from five talented musicians, and creator & star of BAFTA winning Taskmaster, Alex Horne.

The news arrives after The Horne Section collaborated with Romesh Ranganathan’s Hip Hop Saved My Life podcast in an exclusive podcast mashup with Acast and Comic Relief to raise money for Red Nose Day. You can listen to the show here.

The band’s TV credits include being the in-house band on BBC One’s Peter Crouch: Save Our Summer, which Horne also co-hosted, and Channel 4’s The Last Leg including Last Leg Christmas Special and Last Leg: The Last Leg of the Year. They have featured in Dictionary Corner on 8 Out of 10 Cats Does Countdown (Channel 4), The Royal Variety Performance 2018 (ITV), as well as the 2 hour special The Horne Section Television Programme on UKTV’s Dave filmed at the London Palladium, while the band have previously hosted three series of Alex Horne Presents The Horne Section on BBC Radio 4. They have enjoyed numerous sold-out nationwide tours and will be back on the road with rescheduled dates for the critically acclaimed show That’s How I Like My Tour later this year.