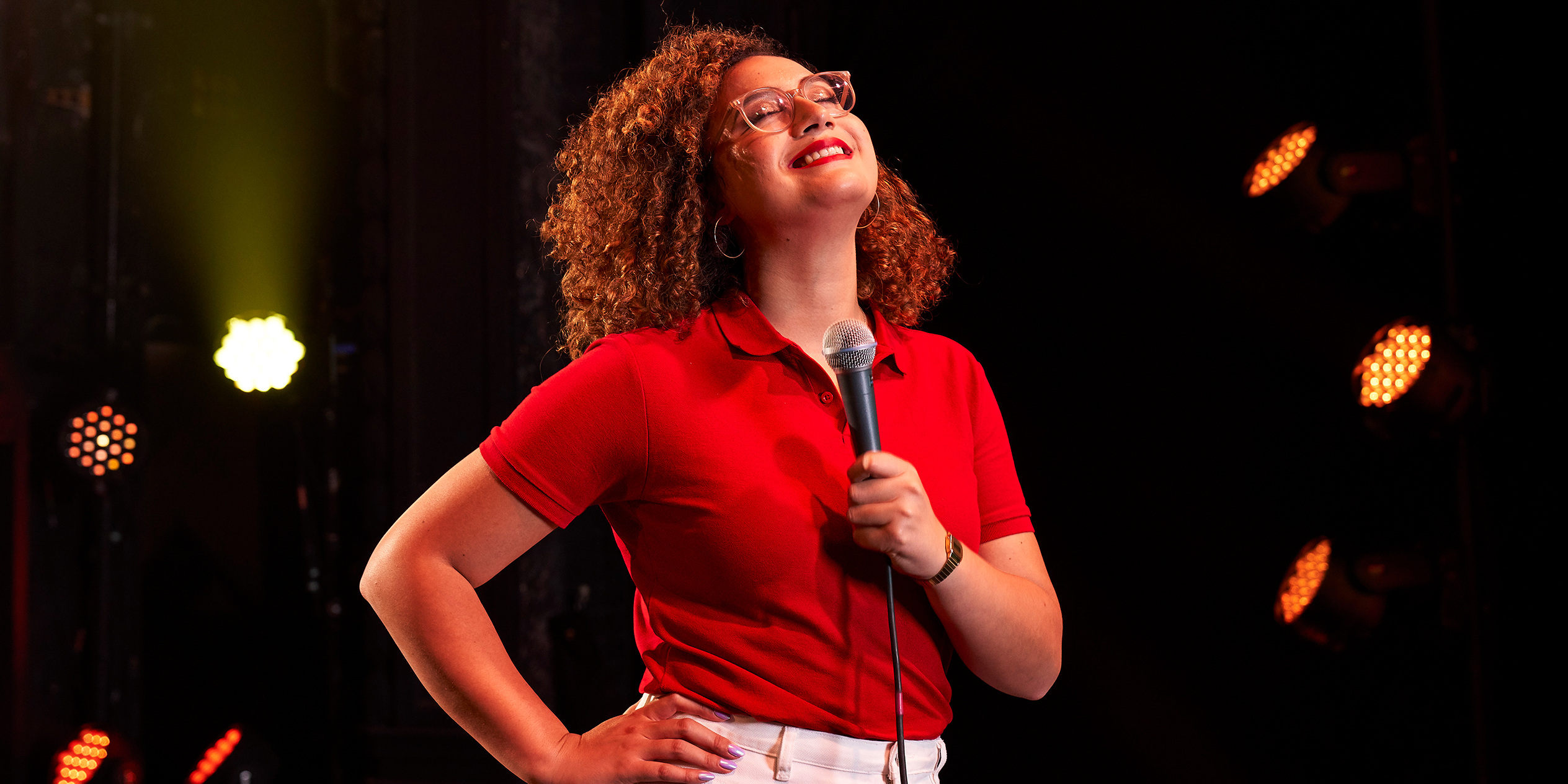 A near perfect comedian
★★★★ Brian Logan, The Guardian

Rose has kissed nearly ten men in her life, AKA she’s a total horndog. Her brand new special of critically applauded stand-up is whirlwind of mid-20s angst and fizzing obsession which enjoyed successful sell-out performances around the world, before making its television debut on HBO Max in the U.S. last year.

New Zealand born Rose has established herself as one of the most exciting new voices in comedy and is firmly fixed as the “voice of millennials” (Comedy Awards). She is currently working on her debut romcom Starstruck, which is set to launch later this year on BBC Three and HBO Max.

A regular face on screen, January saw Rose star in the feature film Baby Done (exec produced by Taika Waititi), while she has featured on BAFTA winning Taskmaster (Ch4), Have I Got News For You (BBC One), The Royal Variety Performance (ITV 1), Unspun with Matt Forde (Dave), Ultimate Worrier (Dave), Hypothetical (UKTV), The Great British Bake Off: An Extra Slice (Channel 4), The Last Leg (Channel 4), and performed on Conan (TBS). Rose has acted in BBC One’s W1A, BBC Three’s Pls Like and Climaxed, and E4’s Dead Pixels, while she wrote and starred in the three-part series Rose Matafeo: Temp for Channel 4’s Comedy Blaps.

Horndog will air on BBC ONE Friday 26th February at 10:40pm, and available on BBC Three iPlayer from Sunday 21st February.
Preview Available

WHAT THE PRESS HAVE SAID ABOUT ROSE MATAFEO AND HORNDOG

Rose Matafeo is going to be huge
★★★★ Alice Jones, The I

This Kiwi livewire has been on the cusp of breaking through in the UK for a couple of years and Horndog feels like her moment
★★★★ Bruce Dessau, Evening Standard

Rose Matafeo: Horndog is without a doubt my favorite comedy special of this year…. It’s relatable and energetic, and of course, so, so funny
Lea Palmieri, The Decider

Matafeo exudes the energy of a Looney Tunes character while performing, bouncing around from side to side, breaking off to play little character bits, and even ending the show with a random dance number that feels like a fitting finale
Christian Becker, Paste Magazine

The 26-year-old Kiwi’s comedy resonates, her charisma is undeniable
★★★★ Craig Angus, The List

Such positivity and exuberance mixed with real smarts and stand-up chops are a rare treat indeed
★★★★ Tony Makos, The Skinny

Horndog is a superbly funny show from a wonderful comic at the top of her game
★★★★ Daisy Malt, Three Weeks