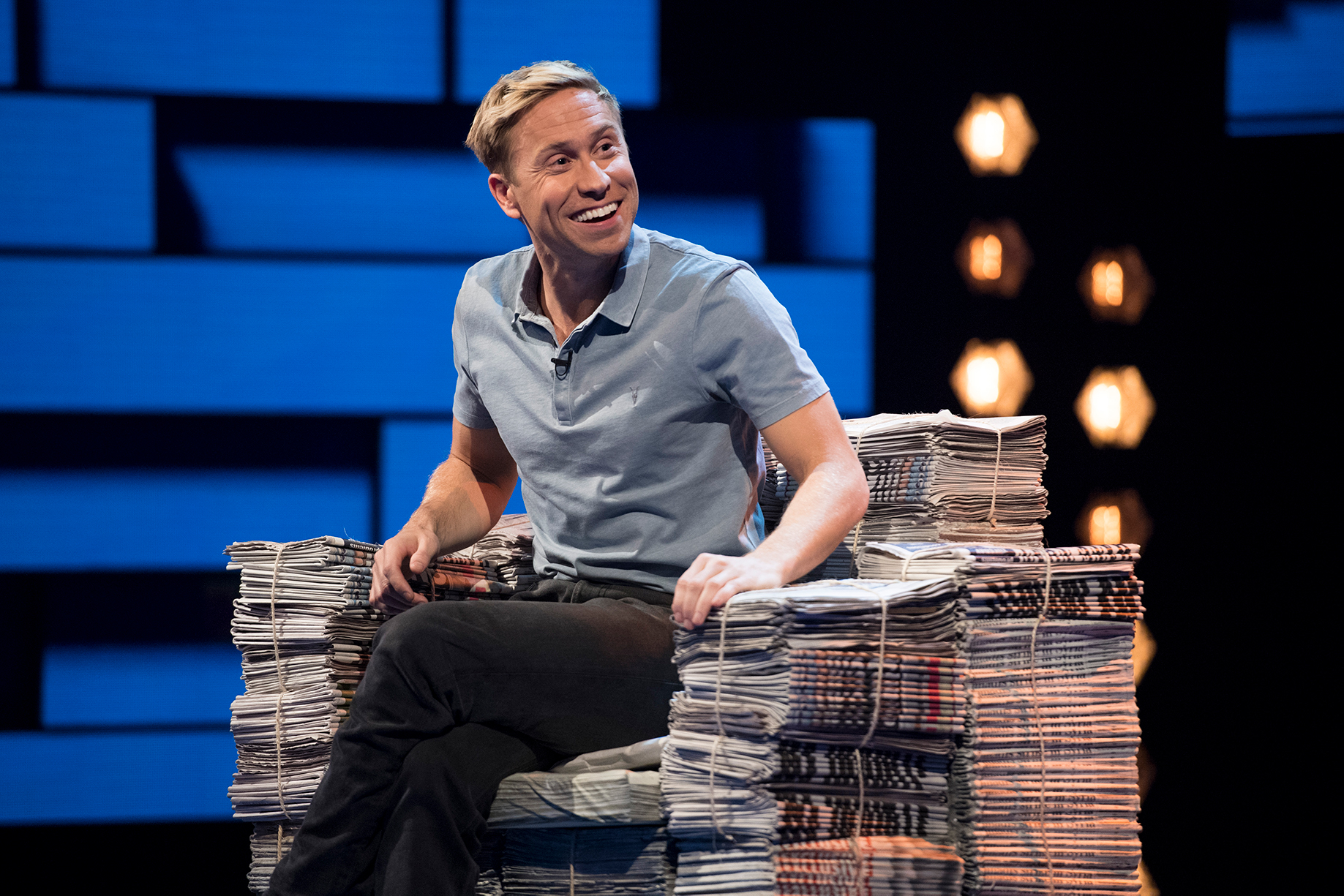 “Russell Howard breaks down headlines in a way that is both informative yet even more hilarious, kind of like our Daily Show, and his interviews are as thoughtful as they are silly”

“Smart but with a more engaging personality than other satirists”

London, 17th December 2020 – It was announced today that ratings and critical hit The Russell Howard Hour has been recommissioned for a fifth and sixth season, with the fourth season still on air, by Sky One and TV streaming service NOW TV.  The latest season of the topical entertainment show has attracted the biggest viewing figures since season one, which was the biggest new non-scripted entertainment show to land on Sky One since 2010.  A huge hit online, show content has been seen over 400 million times across social media since the show’s arrival. The fifth, 14 x 60’ season, will see Russell continue to offer his acclaimed satirical take on global news, politics and stories dominating the cultural zeitgeist, into 2021.

Philip Edgar-Jones, Director of Entertainment at Sky, said: “Russell Howard is the sharpest comic on TV and we are thrilled that he’ll be restlessly and hilariously nailing our messed-up world for at least another two seasons on Sky One.”

Russell Howard said: “Can’t wait to do the show again next year. Hopefully the news will be a bit more upbeat.”

Season four saw the return of Good Deeds, a regular feature championing the nation’s spirit of generosity, as well as intimate live performances from comedians and musicians. For the first time, in a new strand titled Life Lessons, Russell is joined by his favourite performers including Aisling Bea, Guz Khan and London Hughes to tackle ‘life’s biggest questions’ head on.

Every episode is also available to watch worldwide on Russell’s YouTube channel, with over one million subscribers, as well as being broadcast on Foxtel in Australia close to UK transmission.

The fourth season is currently on air with the Christmas special transmitting tonight, followed by two compilation episodes running through to the 31st December.

The Russell Howard Hour is a Sky Original production produced by Avalon.  The commissioning editor at Sky is Shirley Jones, whilst Executive Producers are Richard Allen-Turner, James Taylor and Jon Thoday for Avalon.  The show is directed by Peter Orton and series produced by Robyn O’Brien.

For more information please contact: Victoria Wedderburn or Dan Lloyd at Avalon on 0207 598 7222 or VWedderburn@avalonuk.com /DLloyd@avalonuk.com or Lauren Cameron at Sky on lauren.cameron@sky.uk

During the first lockdown, Russell was on our screens presenting a new Sky One show, Russell Howard’s Home Time, from his childhood bedroom. Russell is currently on his (postponed due to Coronavirus) third and largest world tour Respite which will take him to 69 cities across 24 countries in 5 continents, and started with a sold-out, critically acclaimed UK arena run in Autumn 2019. Russell will be the first comedian from the Northern Hemisphere to perform in New Zealand since the global lockdown, with 3 tour dates in January 2021. Russell’s 2017 sell-out international tour, Round the World, saw him break the record for the largest English speaking stand-up show in China and play a record-breaking 10 night run at the Royal Albert Hall, overtaking 8 in a row jointly held by Frank Sinatra and Barry Manilow. The tour culminated with the global release of Netflix Special Recalibrate.

“Altogether more politicised and hard-hitting… It was a treat to find Howard showing so much bite… it’s not often you get such spiky satire on Sky1…Howard and his Hour should be applauded.”

“His topical chat show has been a hit, securing fascinating celebs like Louis Theroux, Jon Ronson and Naomi Klein for extended chats”

Sky is Europe’s leading media and entertainment company and is proud to be part of the Comcast group. Across six countries, we connect our 24 million customers to the best entertainment, sports, news, arts and to our own award-winning original content.

Our technology, including the market leading Sky Q, connects people to everything they love – TV, music, games, online video, fitness and educational content, all in one place, easy. Our streaming service, NOW TV, brings viewers all the enjoyment of Sky with the flexibility of a contract-free service.

Building on the success of Sky Originals like Chernobyl, I Hate Suzie and Brassic, we are doubling our investment in original content by 2024 through Sky Studios. Sky News provides impartial and trustworthy journalism for free, while Sky Arts, the UK’s only dedicated free-to-air arts channel, makes the arts accessible for everyone. Our new TV and movie studio, Sky Studios Elstree, is expected to create over 2,000 new jobs and generate an additional £3 billion of production investment in the UK over the first five years alone.

We believe that we can be a force for good in the communities in which we operate. We’re committed to being Europe’s first net zero carbon entertainment company by 2030. We take pride in our approach to diversity and inclusion: we’ve been recognised by The Times and Stonewall for our commitment to diversity and we’ve put in place a new programme to invest £30million across our markets over the next three years to tackle racial injustice.

You can stream content to watch through the NOW TV app, available on over 60 devices including the NOW TV Smart Stick and Smart Box and even download your favourite shows and movies to watch on the go.

Sports fans can enjoy all the action across all 11 Sky Sports channels through day, week or month passes.