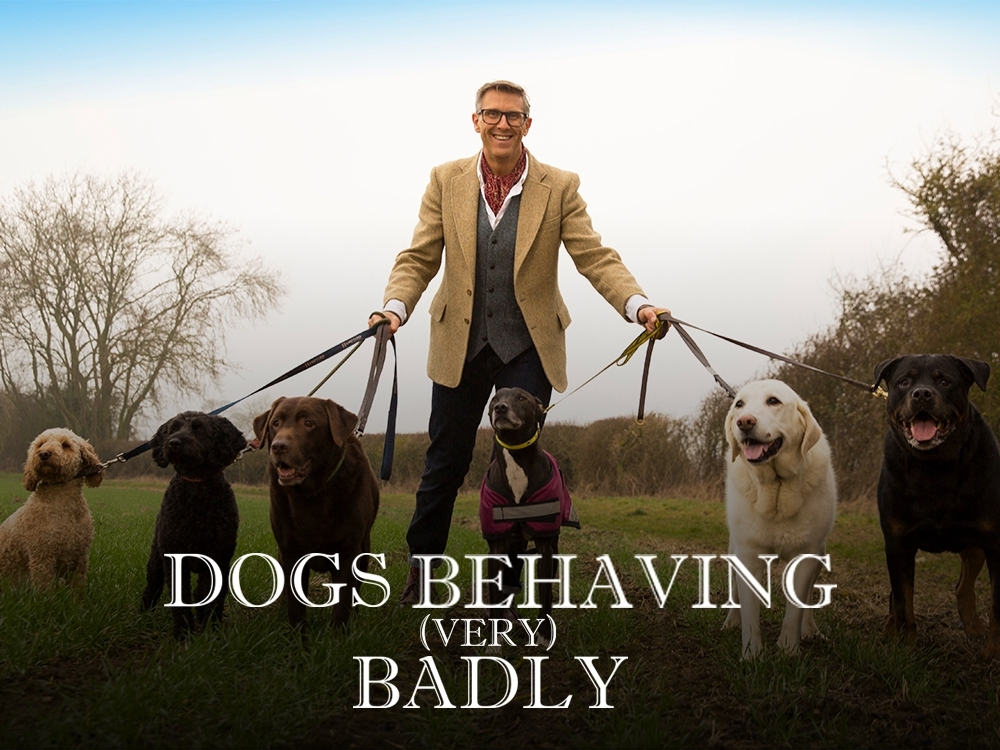 Britain is a nation of dog lovers, and even more so during this year’s lockdown, having seen a 180% rise on last year in enquires from people wanting to buy dogs (The Kennel Club Group) and nearly half of all pet owners in the UK having added at least one furry friend to their brood (Ipsos MORI). And with more pooches comes more problems, with one in four dog owners seeing a worrying change in their pet’s behaviour since the beginning of the lockdown (The Dogs Trust). But help is at hand as this January on Channel 5, Master Dog Trainer Graeme Hall returns for a brand new series of hit show Dogs Behaving (Very) Badly, once again travelling the country helping some of the UK’s most desperate owners take back control of their mischievous mutts with his no nonsense appraisals, easy to follow training techniques and long lasting fixes. With over 13 years’ experience behind him, his mantra is simple, “Any Dog, Any Age, Any Problem.”

In the first episode of the new series, Graeme meets some of Britain’s most pampered pooches – they get what they want when they want, and their demanding ways are leading to some very bad behaviour. His first port of call is Great Dane Trip, who is a social media star but the reality behind his perfect pictures is a world away from the snaps. Windsor based Trip, is treated like royalty by his owner Elle and he is very much king of her castle. As well as controlling who comes and goes, he policies Elle’s social life and is particularly keen to ward off fellow dog owners. He may have lots of Insta likes but she doesn’t like what he’s doing. Can Graeme help change his ways? Graeme’s next stop is with Monty the Newfoundland – one seriously hefty hound who is being pampered in an altogether different way. Weighing in at over 13 stone this big bear needs to be on a diet and do some exercise, but the only way to get him to roll out the front door is to bribe him with lemon drizzle cake and biscuits! Will Graeme be able to get Monty moving before he eats himself into an early grave? Finally, Graeme meets possibly the most pampered pooch in Britain… Tallulah the Pomeranian with her very own pink convertible Range Rover and a designer wardrobe fit for a queen. Despite attracting all the attention, Tallulah hates children and her owner is terrified that if she bites one, it could be curtains. Can Graeme save the day?

Armed with over 13 years of training, the equivalent of approx. 91 dog years, Graeme has certainly been put to the test by training over 5,000 dogs (and even one fox!) of all breeds and sizes as well as their owners. Unusually for a dog trainer, Graeme didn’t have a dog of his own until his 40’s and came into dog training relatively late in life. However, by getting the problem fixed quickly and getting it right first time, he has gained a unique reputation within his profession. With his specific approach of combining knowledge and understanding, he gets the results the owners want for their dogs. That’s more than knowledge – it’s a feel for dogs. Graeme also launched his very own pooch podcast earlier in 2020 called Talking Dogs with Graeme Hall, where he talks about how he trains dogs and gives out tips. Available on Spotify, Apple, Google, and all the usual platforms.

Graeme Hall is one of the UK’s top dog trainers and behaviourists. Based in Warwickshire & Northamptonshire, he will travel anywhere in Britain where there is a dog behaviour problem to fix or expert puppy advice needed. He is a Master Dog Trainer with the Guild of Dog Trainers. Graeme is also an accomplished public speaker, having recorded a TEDx talk entitled “Why using dog training techniques to train PEOPLE makes sense”. When he’s not training dogs and dog owners, he’s practicing his dance moves, Strictly-style. Graeme competes in national ballroom and Latin competitions for fun.