New Year, New Not Going Out 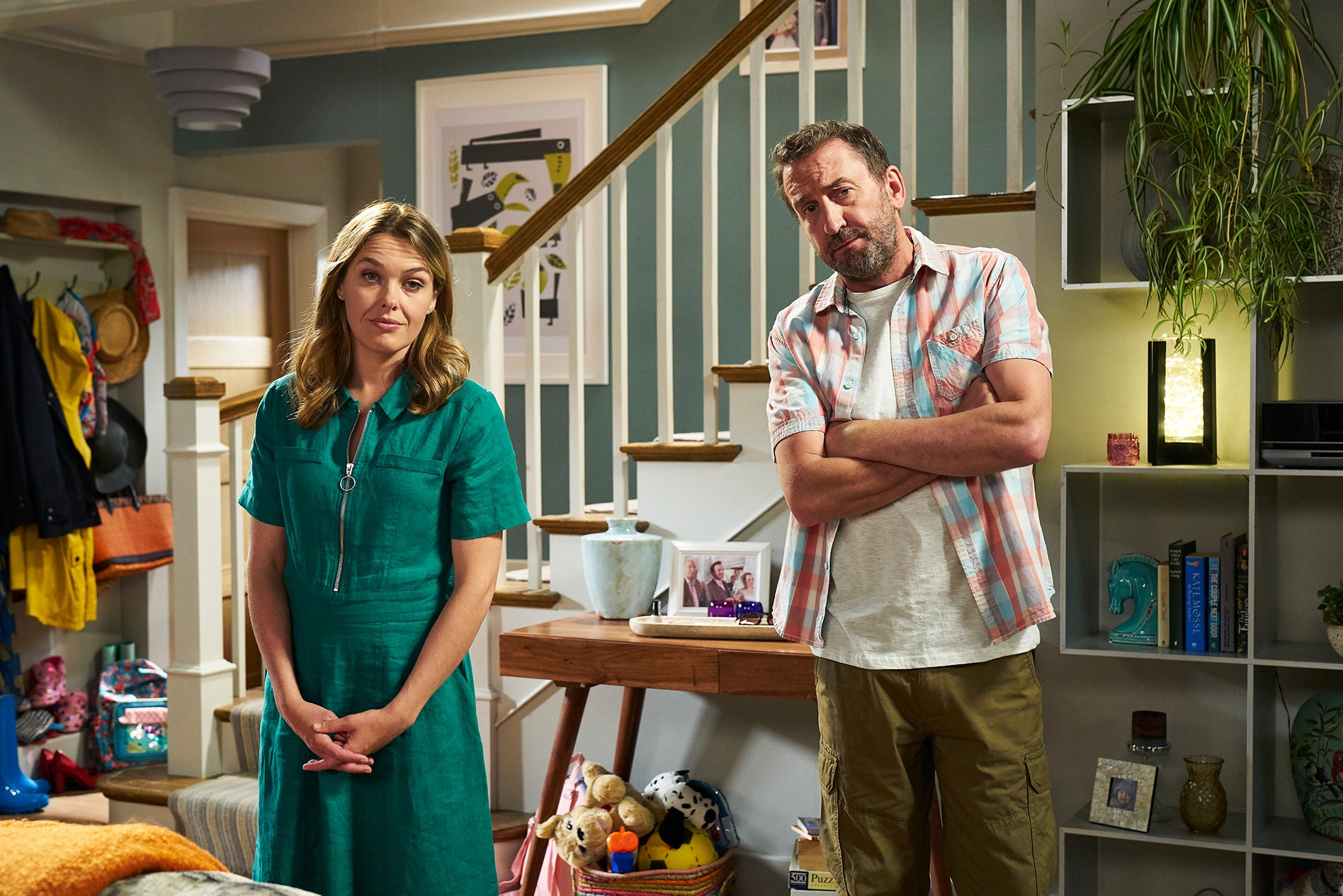 New series delivered to BBC One in early January

Hot on the heels of the New Year’s Eve special, we re-join Lee (Lee Mack) and Lucy (Sally Bretton) as a neighbour’s delivery is left with them for safekeeping.  When Lee unknowingly pulls apart the packaging only to discover it’s not his, but also it’s a somewhat personal item, and, to top it off, there’s no way to hide it’s been opened, how will he un-awkwardly get it back to its rightful owner?  With the usually calm Toby (Hugh Dennis) on hand to help, surely a catastrophic drama can be averted?  Of course not…

Over the series, who could possibly predict that a pub quiz might prove a highly competitive environment for the always-right Anna (Abigail Cruttenden), or that Lee’s disaster-magnet dad, Frank (Bobby Ball), introducing a new girlfriend would immediately raise questions of her intent, or even sanity.  Other threats to suburban bliss occur as an old flame makes contact with Lee via social media and when Lucy’s generally pompous dad Geoffrey (Geoffrey Whitehead), trying to apply military scheduling to a family trip, inadvertently forces Lucy’s lovely mum Wendy (Deborah Grant) to reveal a long-held family secret.

Produced by Avalon, Not Going Out is directed by Nick Wood and produced by Jamie Rix.  It was commissioned by Charlotte Moore, Chief Content Officer and Shane Allen, Controller Comedy Commissioning. The Executive Producers are Richard Allen-Turner, Rob Aslett, Lee Mack and Jon Thoday. The Commissioning Editor for the BBC is Gregor Sharp.

“Not Going Out truly is the safe space for those who find modern sitcoms rather lacking in the joke department.”
Chris Bennion, The Times

“The TV landscape would be a poorer place without Lee Mack” ★★★★
Jill Pelton, TV Times

“The laughs come thick and fast”
Eleanor Relf, The Sun

“in its tenth series, is without fault. It’s so ﬁnely crafted by Lee Mack that it could run for ever”
David Stephenson, Sunday Express

“it derives real sparkle from Mack’s presence – he has funny bones”
Vicki Power, The Daily Telegraph

Episode 1  – Small Package
When Lee accidentally opens a package for one of his neighbours and sees what is inside, the simple task of uniting the package with its rightful owner proves to be impossible.

Episode 2 – Pub Quiz
To celebrate their anniversary, Lee and Lucy plan a friendly night of quizzing with Toby and Anna in the pub, but the evening is derailed when the foursome splits into rival teams.

Episode 3 – Carol
When Lee’s feckless dad, Frank, announces his engagement, Lee cannot believe that any woman would want to marry him and sets out to find out exactly what is wrong with her.

Episode 4 – Old Acquaintance
When Lee joins Facebook for the first time and makes contact with an ex-girlfriend from twenty years ago, Lucy is less than pleased.

Episode 5 – War
A family visit to the World War Two war graves in Normandy unearths a piece of family history that is best left buried.