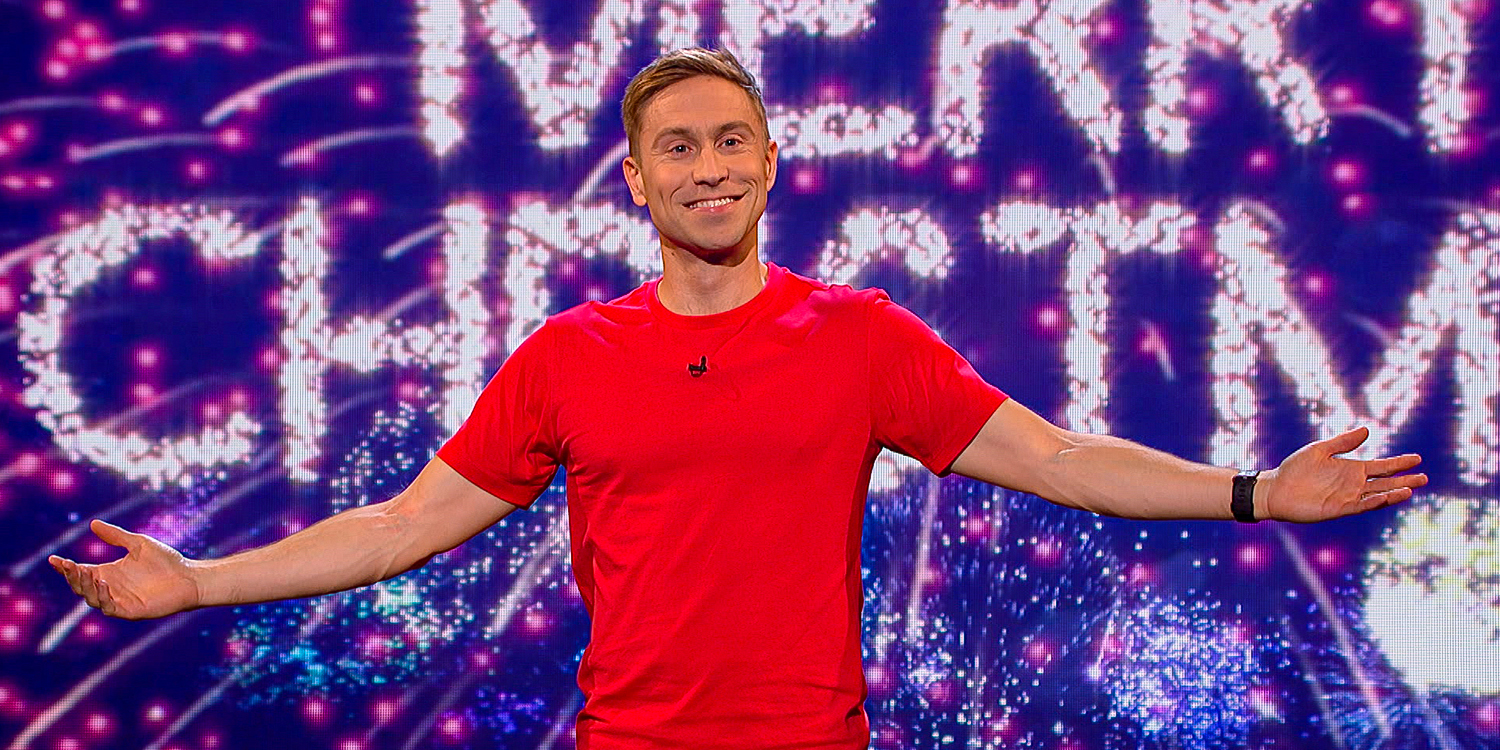 “hugely physical with his performances and relentlessly funny.”

“if anyone can put a smile on our face when it comes to the latest developments across the nation and around the globe, it’s surely Russell Howard. Smart but with a more engaging personality than other satirists”

It was announced today, 12th November, that Russell Howard will take a look back at the biggest moments this year alongside chatting to a special guest, inviting his favourite performers including London Hughes, Aisling Bea and Guz Khan to reflect on festive ‘Life Lessons’ and celebrating 2020’s ‘Good Deeds’ in a jam packed Christmas special episode of The Russell Howard Hour on Thursday 17th December on Sky One and NOWTV at 10pm. Academy Award® winning actor Matthew Mcconaughey and Olivier Award® winning comedian and musician Tim Minchin have also been added to the guest line-up for shows transmitting on the 19th and  26th November respectively.

Russell has returned to present his satirical take on global news, politics and stories dominating the cultural zeitgeist with the fourth series of The Russell Howard Hour. The critically acclaimed and highly topical show was the most successful entertainment series to launch on Sky One and has since amassed over 400 million views on social media with multiple segments going viral such as: a passionate backing of the British police (10 million views), a case for millennials (7 million views), a dissection of the porn industry (6 million views), an anti-vaxxers takedown (3.5 million views) and Why Can’t Boris Talk in Proper Sentences? (1.9 million views).

The show has also seen the return of Good Deeds, championing the nation’s spirit of generosity, plus intimate live performances from comedians and musicians. For the first time, in a new strand titled Life Lessons, Russell is joined by well-known faces and emerging talent to tackle life’s biggest questions head on.

Every episode is available to watch worldwide on Russell’s YouTube channel, which has over one million subscribers and is  broadcast in Australia close to UK transmission on Sky One and NOW TV.

During the first lockdown, Russell was on our screens presenting a new Sky One show, Russell Howard’s Home Time, from his childhood bedroom. Russell is currently on his (postponed due to Coronavirus) third and largest world tour Respite which will take him to 69 cities across 24 countries in 5 continents, and started with a sold-out, critically acclaimed UK arena run in Autumn 2019. Russell’s 2017 sell-out international tour, Round the World, saw him break the record for the largest English speaking stand-up show in China and play a record-breaking 10 night run at the Royal Albert Hall, overtaking 8 in a row jointly held by Frank Sinatra and Barry Manilow. The tour culminated with the global release of Netflix Special Recalibrate.

“With previous guests including the likes of Louis Theroux, Naomi Klein, Jim Carrey and Ed Sheeran, expect Howard to be joined in the studio and via video link by start to talk through the coronavirus pandemic, the US presidential election and whatever other surprises 2020 still has in store for us”

Ammar Kalia, The Observer and The Guardian

“Underestimate Russell Howard at your peril. The broad grin and general bonhomie may suggest someone from the fluffier end of comedy, but behind that smile is a performer with real teeth ready to tear into current affairs and the many failings of our lords and masters. Now he’s back for a fourth series of the Sky One show that provides a platform for his stand-up act, along with interviews with a diverse range of personalities from politics and showbiz, plus performances by guest comics”

“sharper than is widely believed; this fourth series of stand-up should see him with plenty to get his teeth into”

“No show makes the current dreadful political of the world funnier than The Russell Howard Hour…the entire hour is worth watching for each and every instalment…sure to have you belly laughing. Howard also does some of the very best interviews in the biz….If you’re looking for a show that will help you find just a sliver of hope and joy in the world, this is the one for you.”