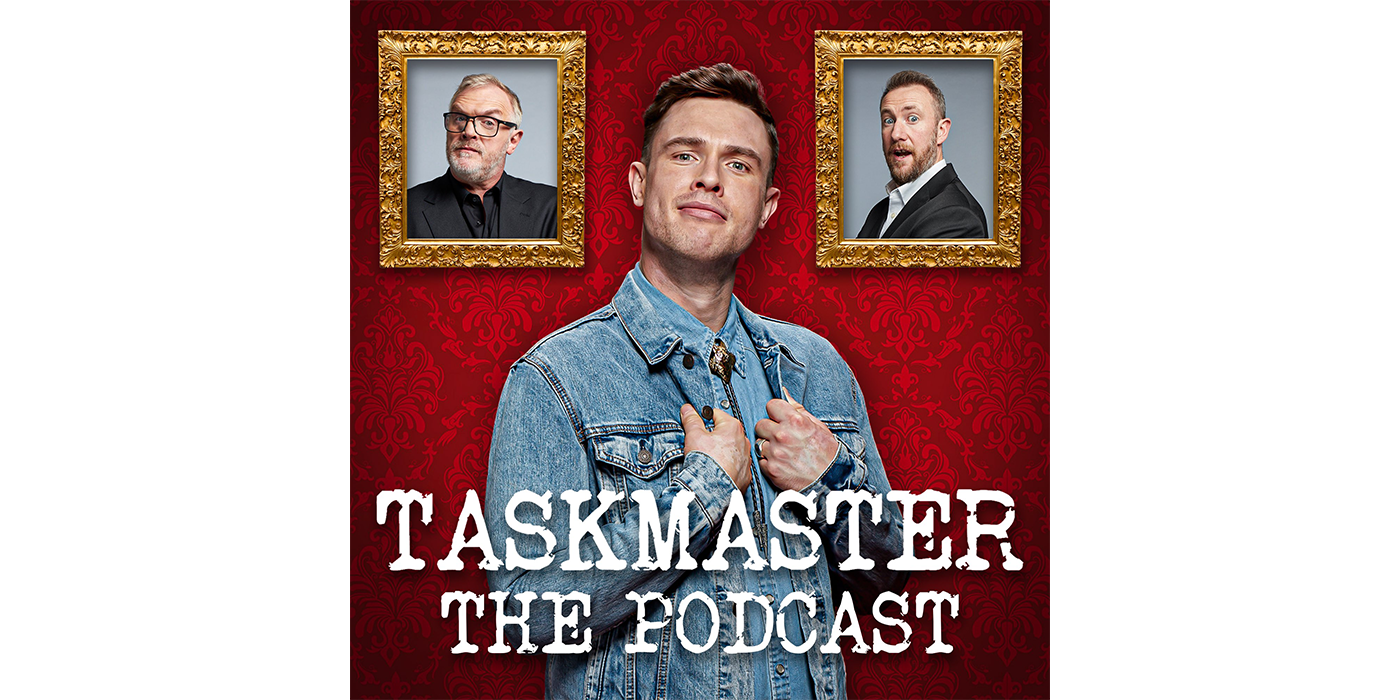 “The funniest show on television”
Luke Holland, The Guardian

Ahead of the BAFTA winning tv show making it’s Channel 4 debut on Thursday 15th October at 9pm, it was announced today that the brand-new official Taskmaster Podcast has reached number two in the iTunes charts only two days following the trailer release and before any episodes have aired.

Hosted by Ed Gamble and produced by the creators of the hit comedy show, Avalon, each instalment of the podcast will be available to download immediately after each episode of the new series has aired.

Following the journeys of the latest batch of brave contestants; Daisy May Cooper, Johnny Vegas, Katherine Parkinson, Mawaan Rizwan and Richard Herring as they battle it out in the 10th series of quintessentially perplexing challenges set by the all-powerful Taskmaster. Each week Gamble will be joined by special guests to dissect, discuss and disagree with all of the Taskmaster’s questionable decisions. Past contestants, little Alex Horne, and even the Taskmaster himself will feature in this brand-new podcast.

CRITICAL PRAISE FOR SERIES 10 SO FAR

“The hilarity still comes in waves”
Lynn Gibson, Inside Soap

“hilarious as usual”
Emily Baker, The I

Taskmaster is one of the most consistently funny comedy game shows on television
★★★★ Sarah Hughes, The I

This glorious little show can be relied on to provide laughs week in and week out, and this ninth series has been another belter
Anne Richardson, The Daily Mirror

No other TV show makes the jeopardy of losing self-respect quite so funny… brilliantly entertaining
Frances Taylor, Radio Times

It’s such a cracking format… possibly the best yet
Chris Bennion, The Times

Taskmaster just keeps on giving when it comes to laughs and originality
The Sun, TV Magazine

I made my own family watch
Margaret Lyons, The New York Times

The ingeniously goofy challenges are what make “Taskmaster” so appealing
Marc Silver, The Washington Post

A heaping dose of creativity, ingenuity, and lots of fun
Lea Palmieri, The Decider

Taskmaster is unlike anything American audiences have seen in recent memory
Andrew Husband, Uproxx