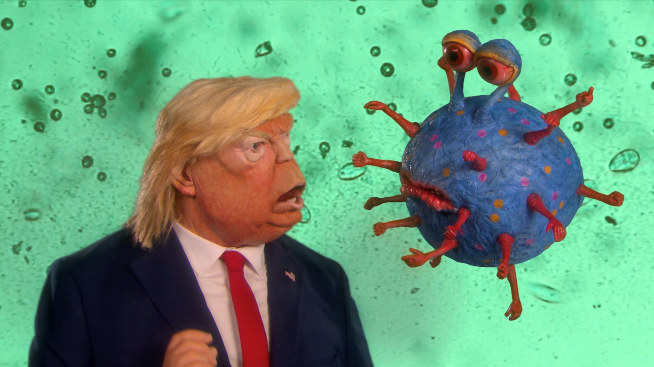 Los Angeles – Sunday 04th October – It was announced today that episode one of the iconic, uncompromising, fast-turnaround and uniquely British satirical take on global events, arrives to a turbulent USA exclusively via Facebook Premiere on the official Spitting Image page at 9pm PT and will be available to view to North American audiences for 24 hours.  Having launched yesterday (3rd October) in the UK to widespread critical acclaim with The Guardian saying it had, “lost none of its savagery or willingness to shock… there are, blessedly, nine more weeks of this to come.” and The Times (London) adding ,“Throughout, the puppets and the impressions are pleasures in themselves… this opening salvo suggests that Spitting Image still has some fire lurking in its belly.”

It was announced earlier this year that celebrated Spitting Image co-creator Roger Law returned to head up the show’s creative team, while multi-award-winner Jeff Westbrook (The Simpsons, Futurama) is the Showrunner, leading the writing team.