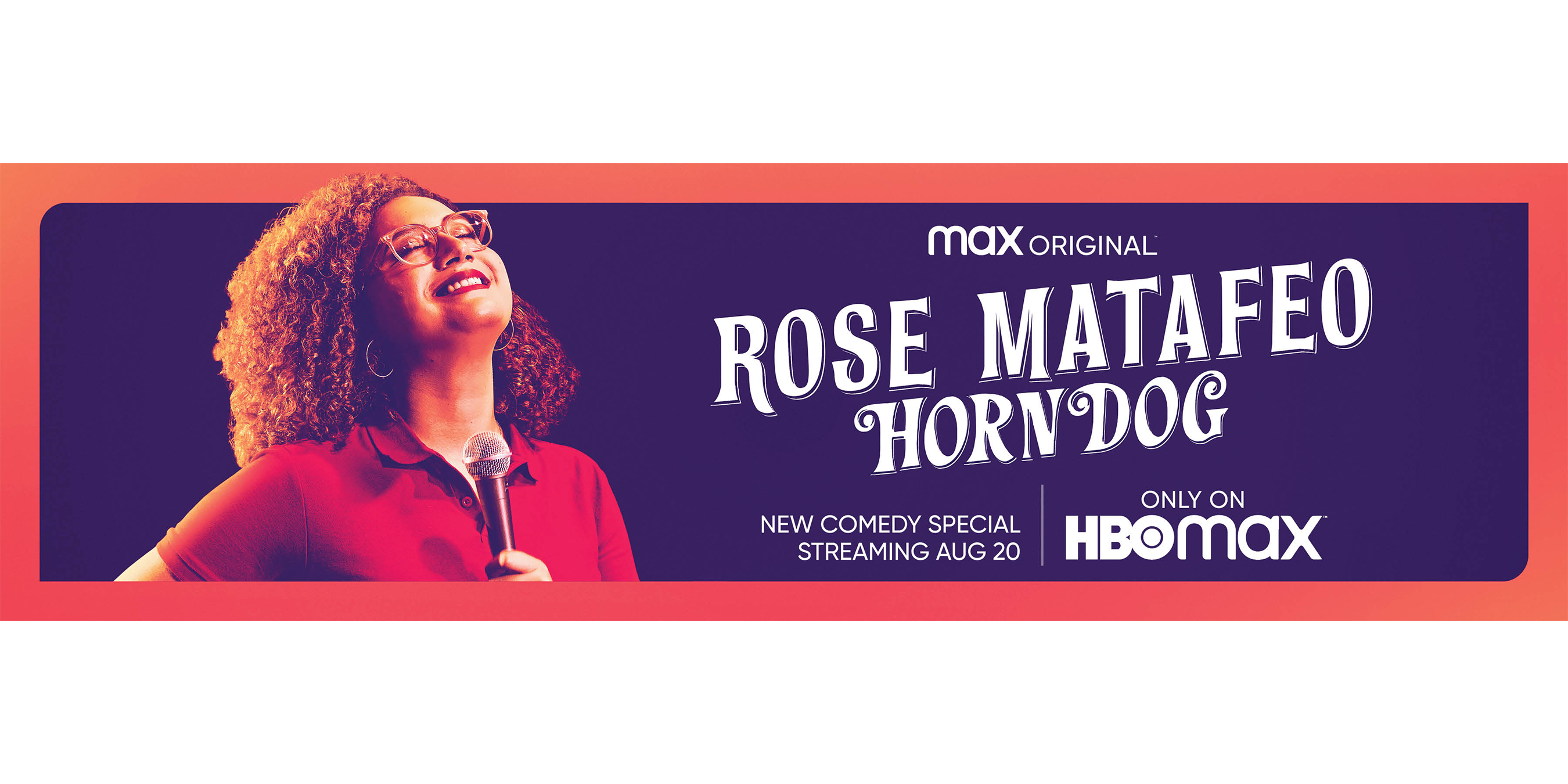 The screener and press site for HBO Max’s original stand-up special Horndog from comedian Rose Matafeo are now available. The special will be released Thursday, August 20 on HBO Max.

Rose Matafeo has kissed nearly 10 men in her life, AKA she’s a total horndog. But what is horniness? Is it that intangible essence of excitement and adventure that has inspired humankind since the dawn of time? An understanding of the overwhelming power of love as the key to true personal flourishing? Or is it simply wanting to bone everyone, all the time? Join this Edinburgh Comedy Award Best Show Winner as she tracks her history of heartfelt horniness in her first stand up special for HBO Max. Rose Matafeo: Horndog has enjoyed successful performances around the world with sell-out shows at the New Zealand International Comedy Festival, the Melbourne International Comedy Festival, an award winning run at the Edinburgh Festival Fringe, and in London’s west end at the Ambassadors Theatre and Soho Theatre. It is produced by Avalon (Taskmaster, Breeders, Everything’s Gonna Be Okay, Last Week Tonight With John Oliver, Catastrophe) with Matafeo, Richard Allen-Turner, Rob Aslett, and Jon Thoday serving as executive producers.