TASKMASTER IS A MASSIVE HIT ACROSS THE NORDICS 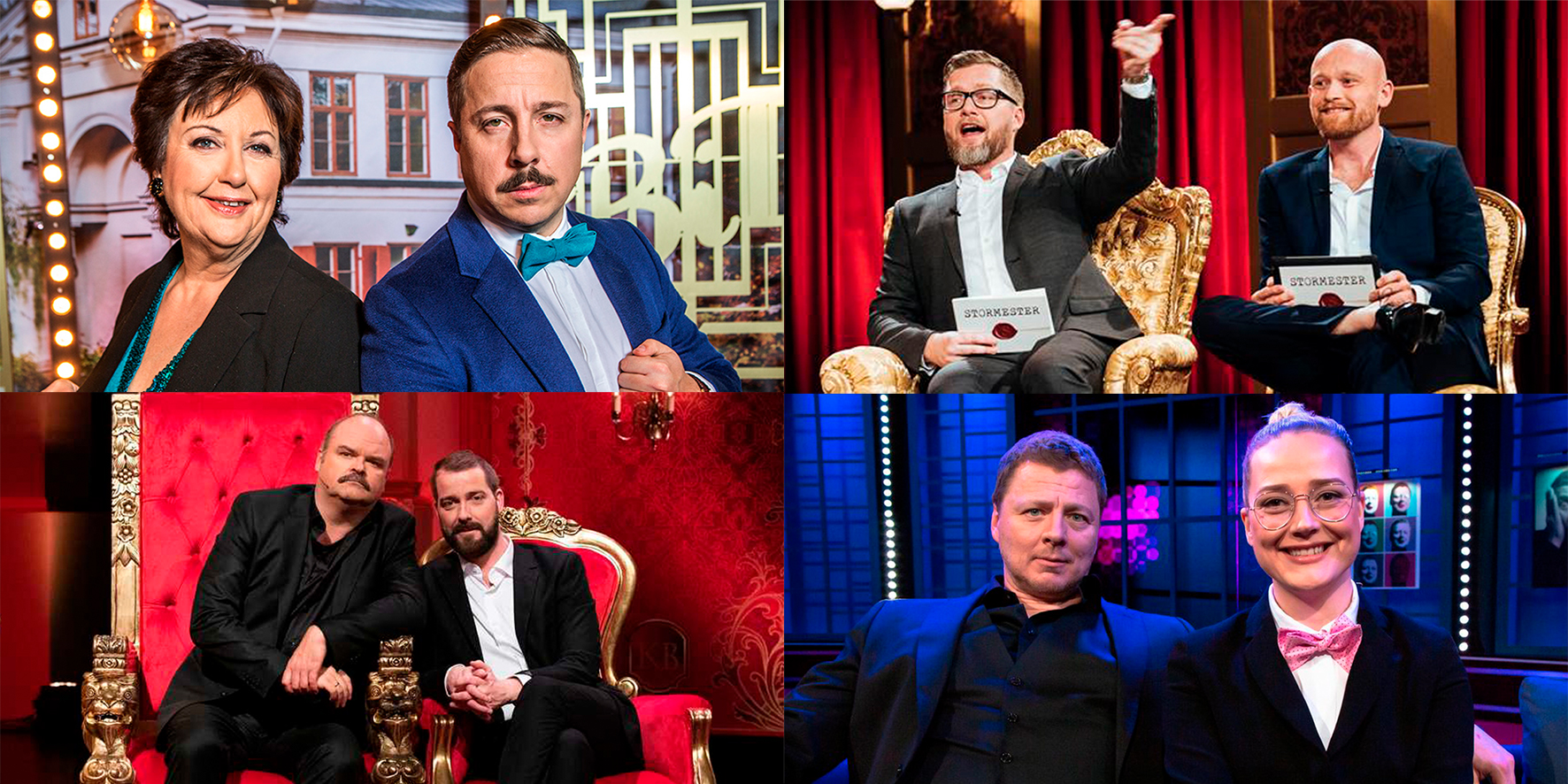 London – 23rd July 2020 – Following Norway’s original version of Taskmaster, ‘Kongen Befaler’’s winning Best Entertainment Show at the prestigious Golden Screen Awards 2020, Alex Horne’s comedy game show continues its international growth as local versions are a hit with audiences. Following ratings success, a second series of the award winning local version has been announced in Norway for Discovery, a fifth series has been ordered in Sweden for SVT, a fourth in Denmark for TV2, and a second series in Finland for MTV3. The news arrives as the UK-originated Emmy and triple BAFTA nominated show is set to premier in North America on The CW on 2nd August.

Norway is in production for a second series of ‘Kongen Befaler’ (the king commands) which was announced by Discovery following its Best Entertainment Show win at the Golden Screen Awards 2020. Produced by Nordisk, its first series became one of the highest rating shows on the channel while on air last year.

A fifth series of Sweden’s local version ‘Bäst I Test’ (best in test) has been ordered for SVT where it remains one of the highest rating shows in the country. Produced by Baluba, its fourth series is the most watched to date receiving more than a 50% share of viewers in a primetime slot, following its Programme of the Year win at the prestigious Kristallen 2019.

TV2 in Denmark has ordered a fourth series of ‘Stormester’ (grandmaster), produced by Metronome, following the success of its previous series which was one of the most watched shows on the channel’s on-demand service.

Meanwhile, a second series of Finland’s local version ‘Suurmestri’ (grandmaster) has been ordered for MTV3, produced by Rabbit Films, where its first series saw it rank in the top ten most watched shows in the country after the first two episodes.

Magnus Vatn, Program Director at Discovery Networks said: “Kongen befaler reaches a very wide audience and has become a program people watch together. With an average of over 500,000 viewers per episode and a Gullruten award for Best entertainment program, it was easy to decide to make another season”

Markus Sterky, Programme Strategist, Programme Director’s Departmen for SVT said: “Taskmaster has been a great addition to SVT’s entertainment line-up, the celebration of sillyness and thinking outside the box has quickly established itself as one of our most loved programmes both in Broadcast and in our VOD service SVT Play. Finding a new family entertainment format that works so well is hard these days, but Taskmaster has proved it is possible”.

Anette Romer, Head of Acquisitions & Formats at TV2 Denmark said: “Taskmaster has been a great success with the Danish viewers, and we are really pleased to have just renewed Series 4. Its linear viewing is complemented by viewing on TV2 Play where it is enormously popular, outside local drama it is one of the most watched on-demand titles we are offering”.

Kati Launiainen, Executive Producer of Domestic Commissions, MTV Oy said: “Suurmestari´s launch in Finland exceeded our predictions at MTV and our viewer expectations were doubled. It has been great and especially fun to work in this special world of Taskmaster and Finnish people have really embraced the show. We made an unusual launch with two episodes, because we felt that people staying at home needed something special now. We are happy to see how Taskmaster became one of the biggest shows in Finnish TV right from its launch”.

Isobel Hughes, Director of Distribution, Avalon, added: “We’re delighted that Taskmaster’s fun and highly original format is resonating so well with primetime audiences in Sweden, Denmark, Finland and Norway.  We hugely appreciate the strong partnerships with the show’s excellent broadcast homes, SVT, TV2, MTV3 and TV Norge, and we are very happy to see the show continue to build on its success for all of them.”

Taskmaster, created by Alex Horne and produced and distributed by Avalon, is a triple BAFTA and Emmy Award nominated entertainment show that originated as a live show from the Edinburgh Festival Fringe. The all-powerful “Taskmaster”, with the help of his loyal assistant, sets out to test the wiles, wit and wisdom of five hyper competitive comedians through a series of strange and surreal challenges. With the chance to be crowned show champion, rivalry is encouraged, dodgy tactics rewarded and bribes accepted in what is the most hard-fought and ridiculous comedy entertainment formats on TV.

The original Taskmaster programme and format combined has been sold into 106 countries, with 140 episodes of the format being made outside the UK including local versions of the show produced for VTM in Belgium, TVE in Spain, and TVNZ in New Zealand, and a second series for Discovery in Norway, a fourth series for TV2 in Denmark, as well as two brand new series for MTV in Finland, and an award-winning fifth series for STV in Sweden.