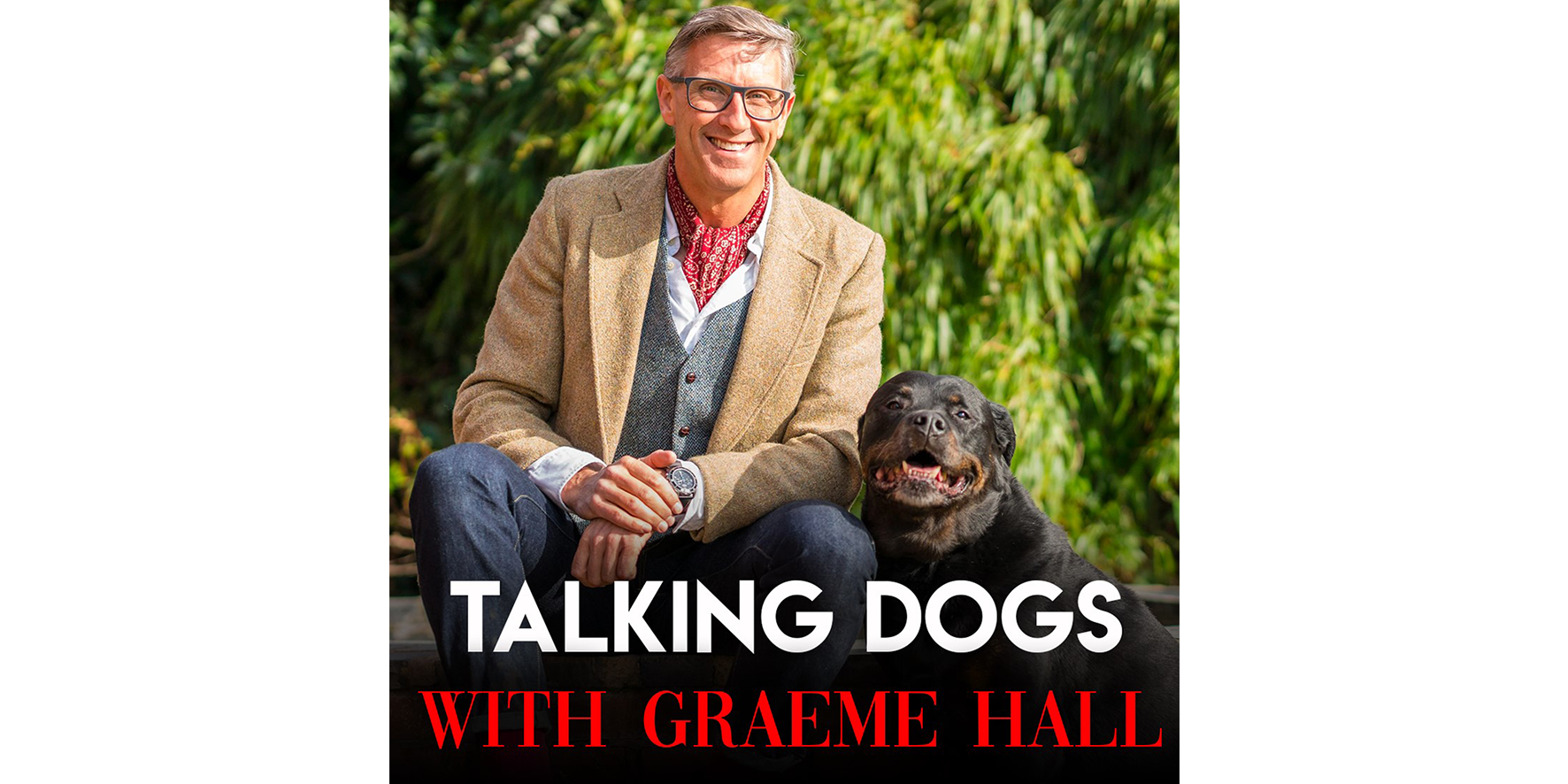 Following two hit series of Dogs Behaving (Very) Badly on Channel 5, and a third one in the making, Graeme Hall, AKA The Dogfather – one of the country’s best known and loved dog trainers, will be discussing his biggest dog-related challenges in his brand new podcast – Talking Dogs with Graeme Hall, produced by Avalon and set to launch on Monday 27th July.

Armed with over 12 years of training and travelling the country helping owners with badly behaved dogs, Graeme has been contacted by thousands of dog owners looking for advice and has decided to dig through his inbox to provide as many answers as possible about the nation’s favourite pet.

Graeme will bring his no-nonsense, practical advice whilst telling tails of his biggest professional challenges. He will also help to solve everyday problems with simple tips and tricks, as well as discussing a hot topic about canine care.

Graeme said, “I’ll happily talk to anyone about dogs til the cows come home, so a podcast talking about dogs seemed like an obvious thing for me to do.”

Talking Dogs with Graeme Hall will be available from Monday 27th July.  Listeners can subscribe to the podcast and hear the trailer on Apple Podcasts, Spotify, Acast and all major podcast platforms now.

Graeme Hall is one of the UK’s top dog trainers and behaviourists. Based in the Cotswolds, he will travel anywhere in Britain where there is a dog behaviour problem to fix or expert puppy advice needed. He is a Master Dog Trainer with the Guild of Dog Trainers. Graeme is also an accomplished public speaker, having recorded a TEDx talk entitled “Why using dog training techniques to train PEOPLE makes sense”.  When he’s not training dogs and dog owners, he spends his time with a rucksack on his back, walking the hills and dales where he lives.