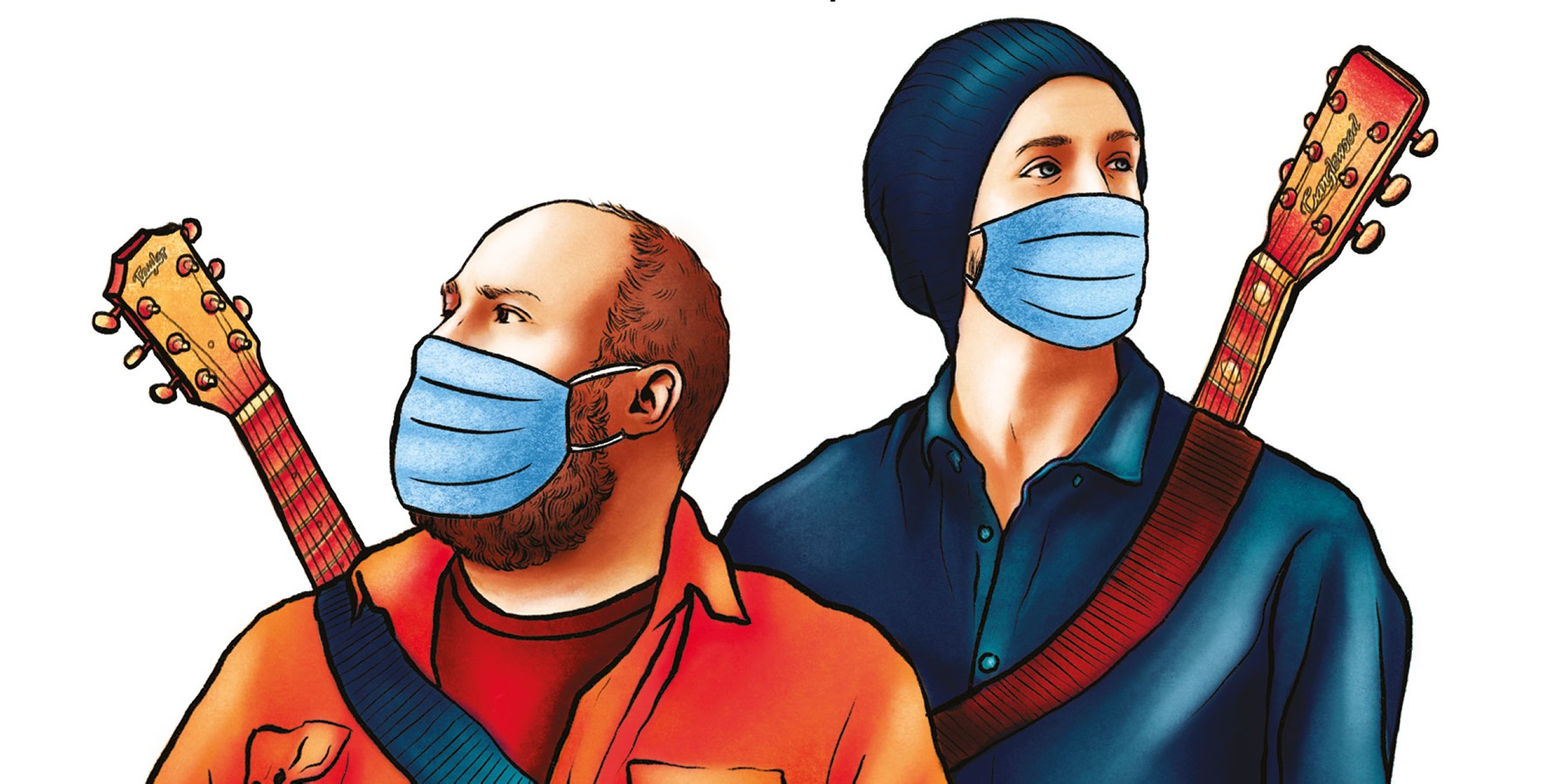 Multi-award-nominated musical-activist-comedians Jonny and the Baptists have announced a brand new virtual tour with their latest show Love You & Hate Covid, which enjoyed a five-star run at the Edinburgh Festival Fringe with the title Love You & Hate Bastards. Partnering with arts centres, theatres and comedy clubs across the UK with a unique show performed for each town, all proceeds will be equally split with each venue. Jonny Donahoe and Paddy Gervers hope to help struggling independent arts venues during the C-19 lockdown and cheer up the nation the best way they know how, with musical brilliance and thought-provoking lyrics. Tickets can be found online at jonnyandthebaptists.co.uk.

Hot on the heels of a critically-acclaimed run at the Edinburgh Festival Fringe, the musical satirists’ show about love and their friendship enjoyed a sell-out tour to more than thirty cities and towns with an extension planned for 2020 to meet huge demand for tickets, when suddenly it became impossible to leave the house and travel around; unless you’re friends with the Prime Minister (they’re not). At a socially responsible distance from the basement of their local out-of-action pub, the pair will perform a different version of the hit show tailored to each town they are virtually ‘visiting’ via the power of live streaming.

Jonny & The Baptists are regularly featured on BBC Radio 4’s The Now Show as well as regular appearances on The Infinite Monkey Cage, Live From Television Centre and Sketchorama (BBC Radio 4). They have supported Mark Thomas on tour and appeared at major festivals including Latitude, Kaleidoscope, and Greenbelt, while their single Farage topped the iTunes comedy chart.